ProBikeKit: What was the transition like moving into the World Tour ranks from the Lotto-Soudal U23 team?

James Shaw: It was rather seamless and easy. I was very settled at Lotto U23 and spend 2 years there before riding as a stagiaire with the pro team in 2016. I knew a lot of the riders and staff so it didn’t take much time at all to find my feet.

ProBikeKit: Is there one race in particular that stands out as being the toughest you’ve ever done?

James Shaw: I think so far it has to be the 2017 edition of Omloop Het Nieuwsblad. This was my first big race as a professional and it really opened my eyes. It also scared me a bit and made me think “What on earth have I let myself in for?”.

ProBikeKit: What’s the best thing about being a professional cyclist?

James Shaw: Coming face to face with inspiring people, you occasionally bump into someone outside of the world of cycling that you didn’t expect to see or meet. You’re in a world where a lot of people have their eyes on the sport and every now and then you get to meet someone special. I saw Ben Collins, aka The Stig, once. 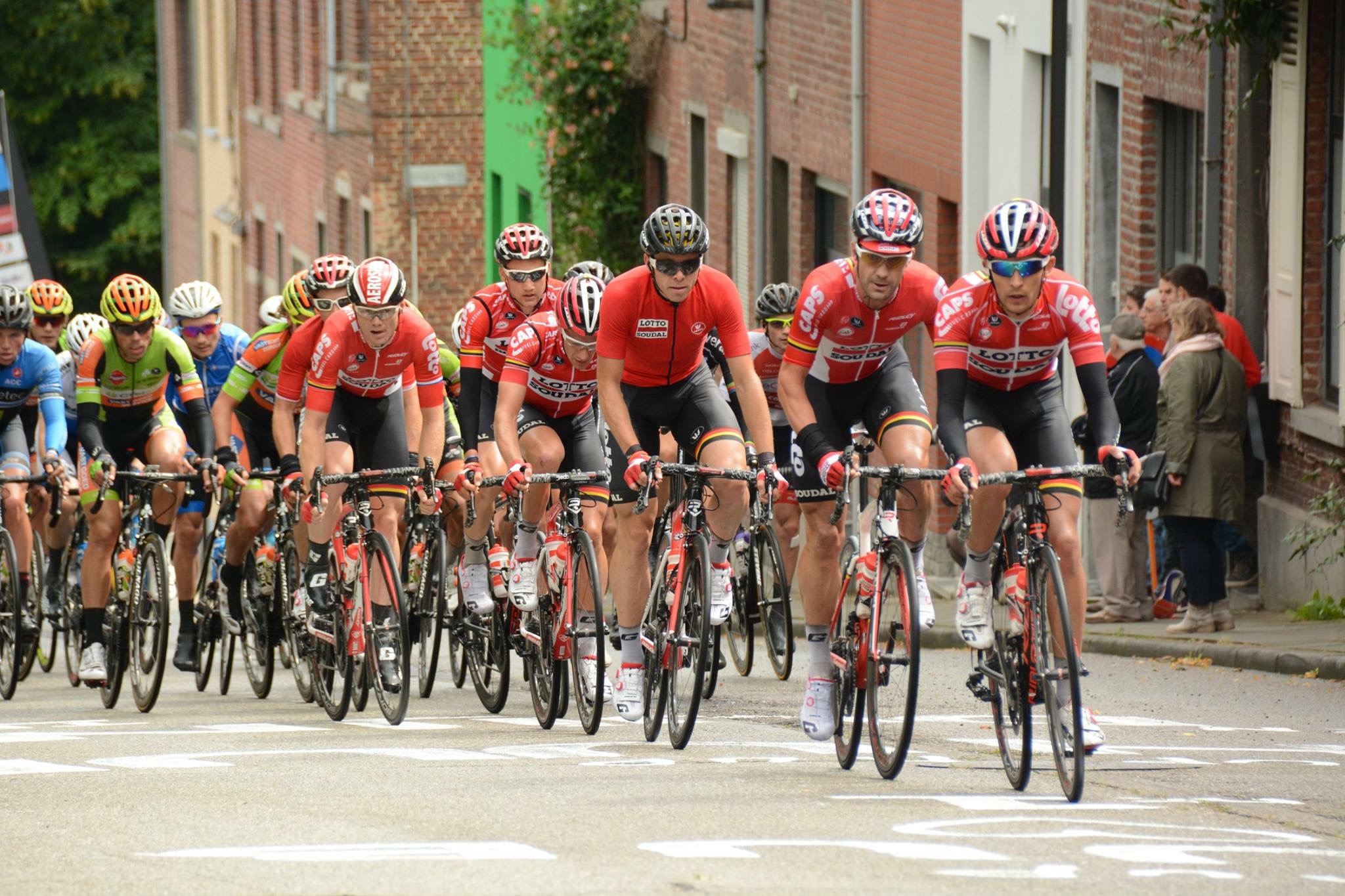 ProBikeKit: What is it like being the only Brit on your team?

James Shaw: Really bizarre, looking back I know how the one foreign kid in the class at school must have felt. It’s good sometimes because you can leave the dinner table early and play the “I don’t understand the conversation” card when it takes a lot of concentration and you’re struggling to get your head around the language barrier.

It also scared me a bit and made me think “What on earth have I let myself in for?”.

ProBikeKit: Who’s your favourite teammate to room with when you’re on the road?

James Shaw: I don’t think I could pick a favourite per say, I like a mix as sometimes the same face for weeks on end can seem a little repetitive. 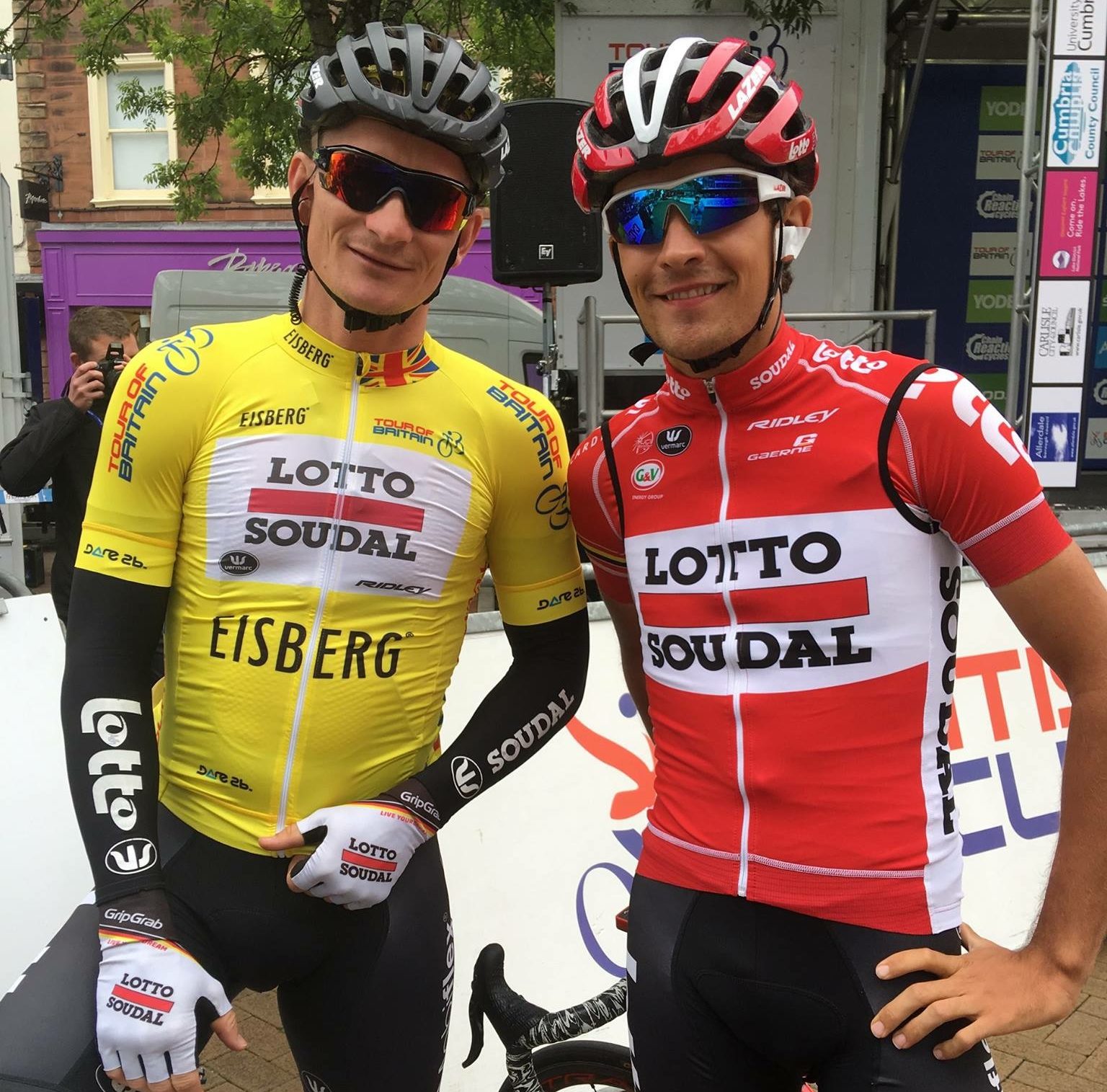 ProBikeKit: Where do you base yourself for training in between races?

James Shaw: I tend to split my time between Olen (Belgium) and Girona (Spain). Cobbles one week and massive bergs the next, I get the best of both worlds that way.

ProBikeKit: You’ve followed in the footsteps of riders such as Adam Yates and Dan Mclay by progressing through the ranks on the continent. Do you think that has helped you to mature faster as a rider?

James Shaw: I definitely think it’s forced me to mature as a person but as a rider? Hard to say. A lot of people compare the ‘old school’ continental way to the more modern method of academy teams like the British Cycling Academy. I see it as horses for courses really, some guys like it, some guys don’t. 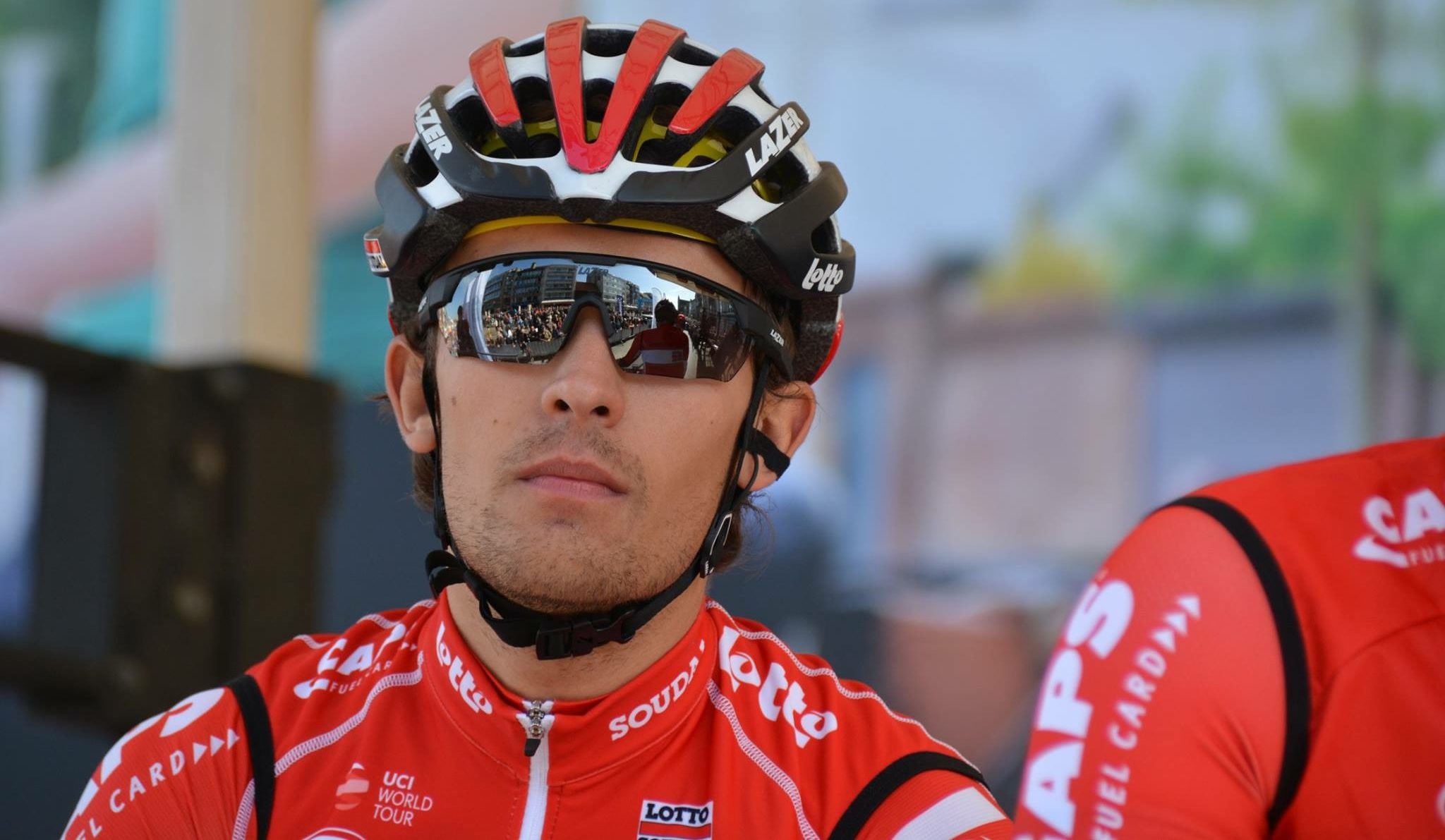 ProBikeKit: What keeps you busy outside of cycling? (interests, hobbies etc)

James Shaw: I keep myself busy by listening to a lot of music, the new Arctic Monkeys album just came out so that will keep me busy for a while. I’ll play it on repeat until it gets old and hopefully, by then someone else will have an album out. I’ve got mixed feelings for their new album at the moment though, it hasn’t clicked instantly with me like the AM album did.

A lot of people compare the ‘old school’ continental way to the more modern method of academy teams like the British Cycling Academy. I see it as horses for courses really, some guys like it, some guys don’t.

ProBikeKit: 10 years down the line what do you want to have achieved in the sport?

James Shaw: For me, I just want to make an honest living from cycling. Of course, I have personal ambitions to win Liège-Bastogne-Liège for example, but that’s a distant dream. If I can keep riding for 10 years then I’ll be happy, winning races is a bonus. 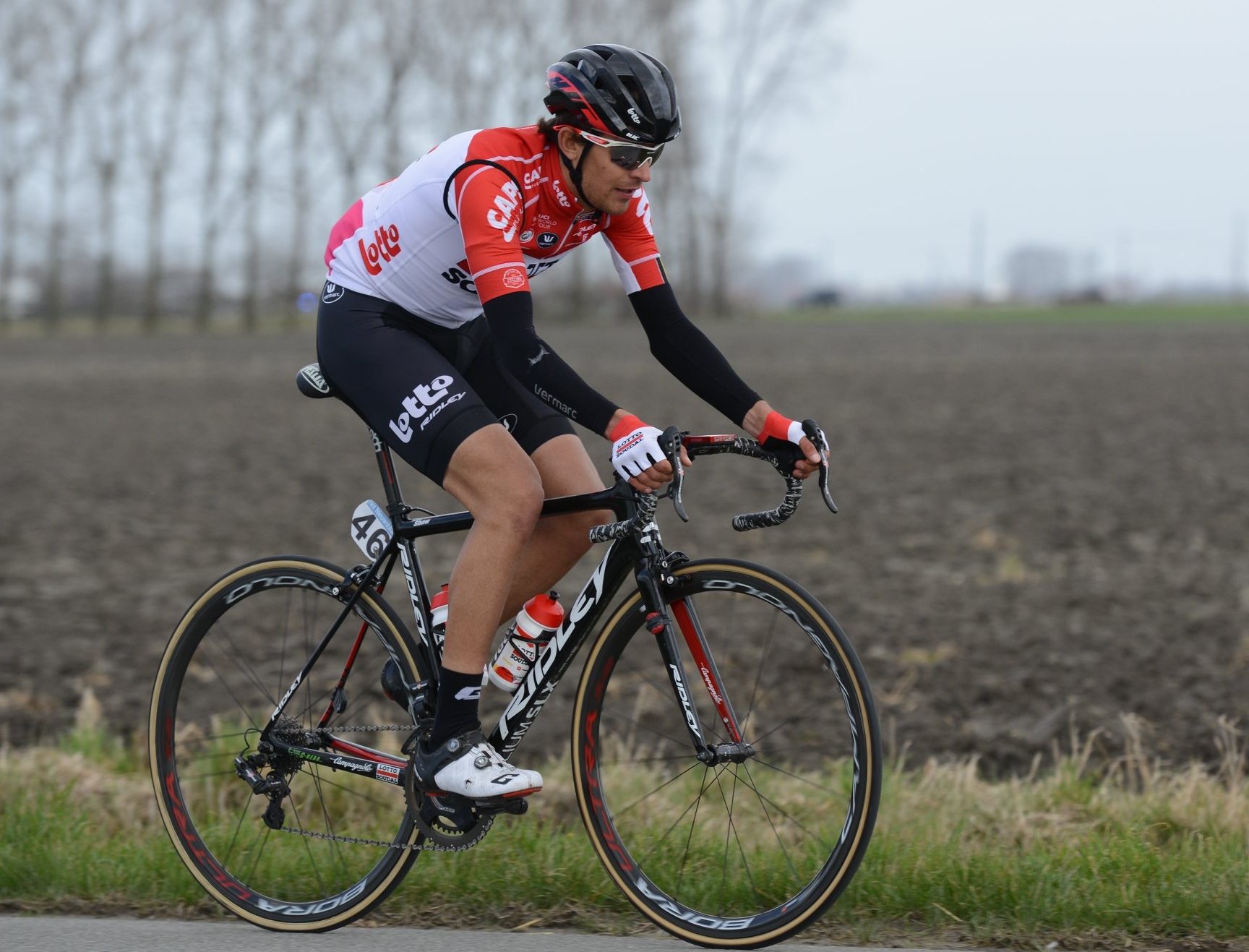 Thank you for the interview James and good luck for the rest of the season! 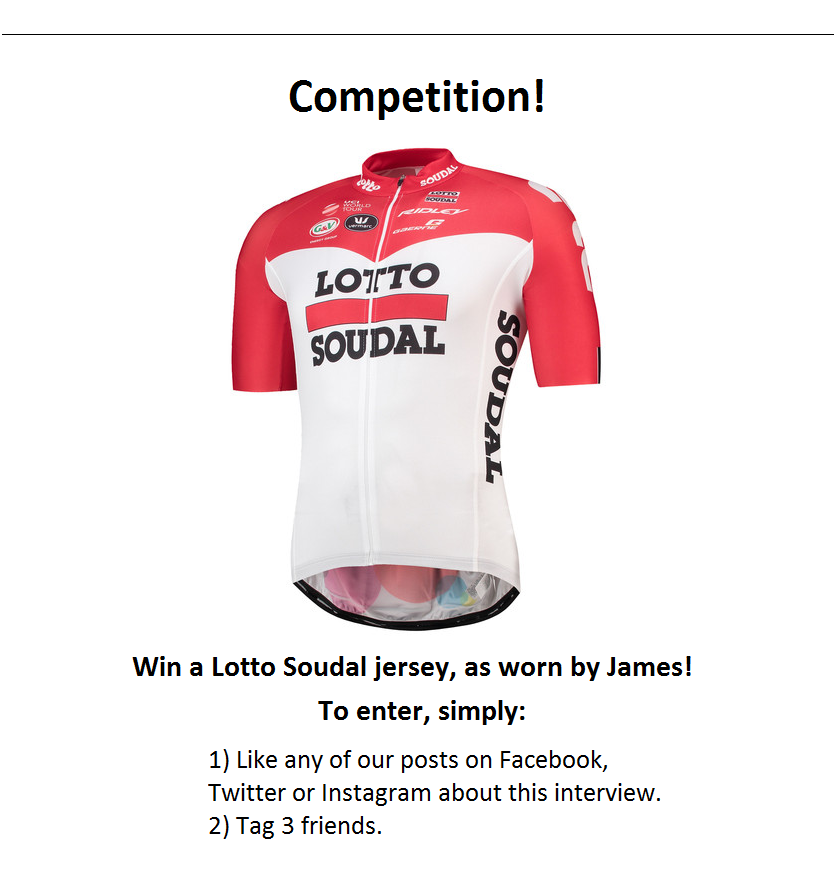 The Future Has Landed.

A Closer Look: The Benefits Of Using A Power Meter

How To: Bridge a Gap

5 Tips for Running in the Cold