Over the last few years, one the debate has seemingly dominated cycling tech articles, forums and cafe conversation more than any other – should your next road bike have rim brakes or disc brakes?

In this debate, some riders cast such heavy words so lightly – ‘rim brakes are for dinosaurs, Luddites and small-minded riders who won’t move with the times’. Similarly, ‘disc brakes are only for inexperienced newbies and bad bike handlers’. In truth, there are definite advantages and disadvantages to both systems.

Rim brakes aren’t for (just) for dinosaurs. Firstly, rim brakes are comparatively much easier to maintain than disc brakes, even for the most basic mechanics. Replacing brake pads and cables should only take a matter of minutes, and readjusting brake pad position shouldn’t take long either. With disc brakes, on the other hand, you have to contend with brake hoses, bleed kits and a variety of brake pad standards, none of which are particularly easy to work with. 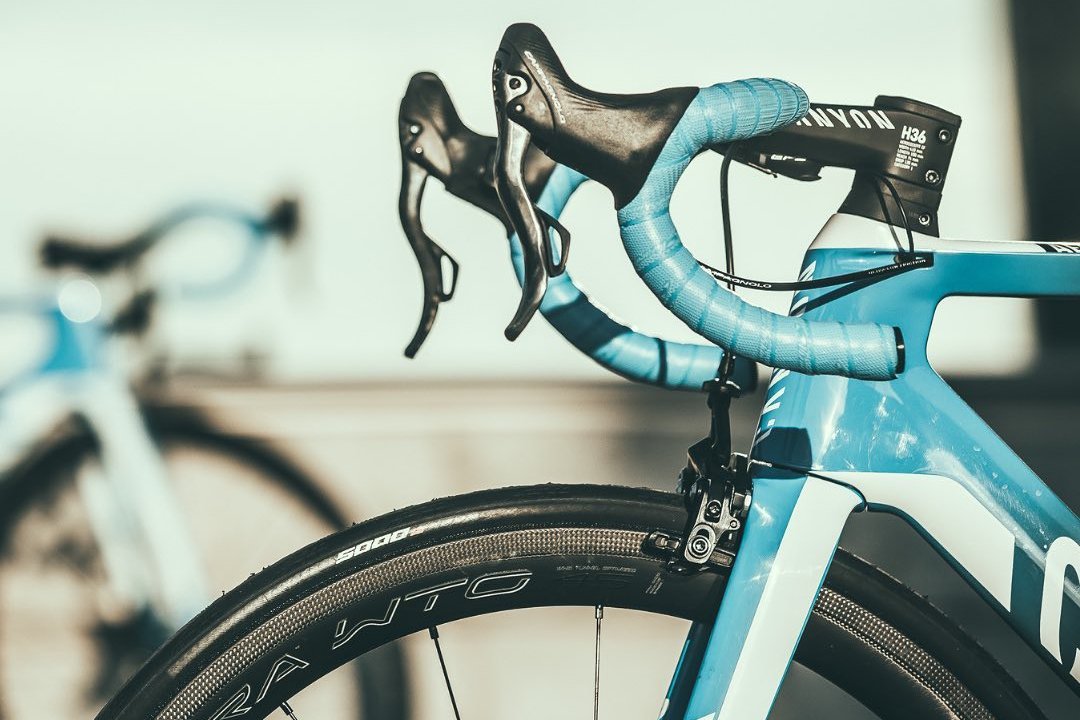 Compared to disc brakes, rim brakes are typically cheaper too, with most rim brake bikes costing around £500 less than the equivalent disc brake bike. This difference in price is for two primary reasons – firstly, because of the amount of engineering required to make a hydraulic disc brake system. Secondly, because the forces that are applied to disc brake frames are different and much more varied, their design, engineering and manufacturing processes are typically longer.

Rim brakes are also considerably lighter than disc brakes. Without a heavy disc rotor or fluid-filled cables, most bikes that come equipped with rim brakes will weigh around 500 grams less than the equivalent disc brake bike. It is then, easy to see why lighter weight rim brake bikes are still favoured by grand tour winning teams, like Ineos, over disc brakes. Similarly, despite recent efforts to make disc brake-equipped bikes more aerodynamic, they still have a sizeable frontal profile compared with rim brake bikes. With a smaller frontal profile, rim brakes may offer an (albeit slight) increase in aerodynamic efficiency too. 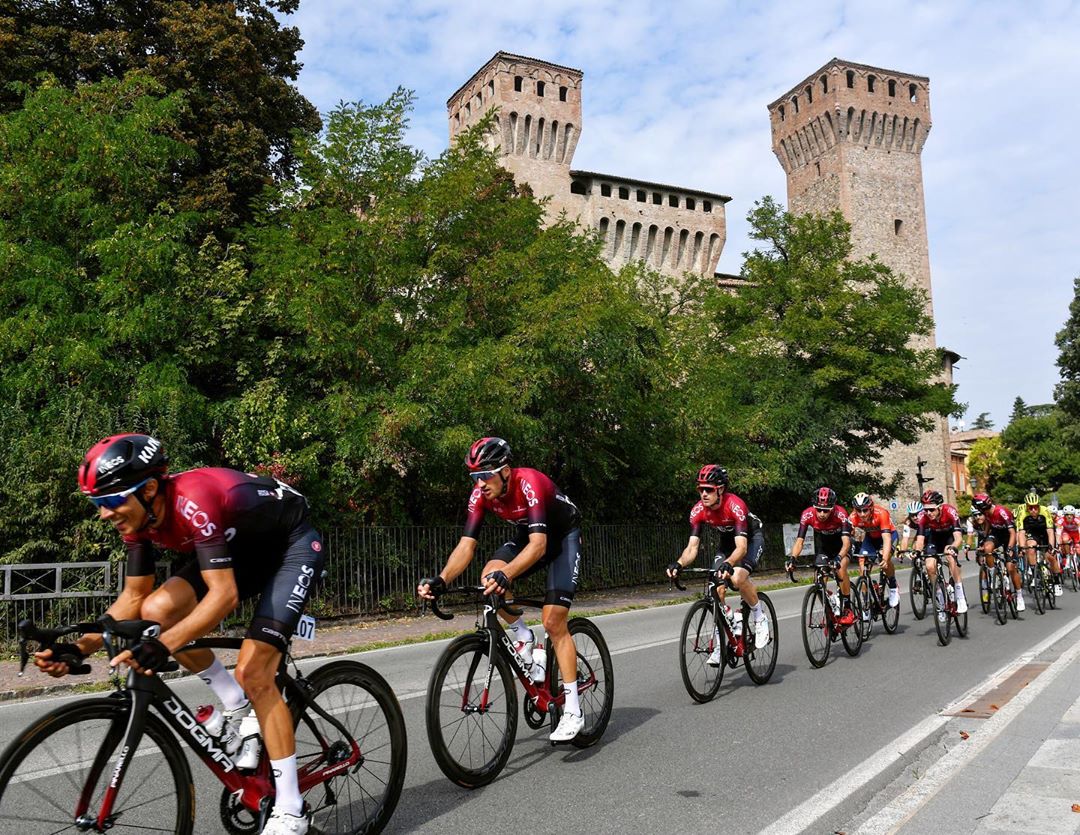 So, with all the performance benefits of rim brakes, why on earth would anyone switch to disc brakes? Well, firstly, disc brakes offer much better-stopping power and modulation compared with similar quality rim brakes, which is particularly noticeable in wetter conditions and on steeper descents.

Disc brakes may also allow you to fit wider tyres to your bike. While we’d like to stress this isn’t always the case – without a brake calliper at the top of the fork or brake bridge, many disc brake-equipped road bikes accept up to 28mm, or even 32mm wide tyres. Perfect, if you want to increase comfort and speed, or if you’re planning on riding on rougher roads.

Disc brakes can be cheaper (in the long term). Okay. We know that earlier we made the point that rim brakes are less expensive than disc brakes – but this is only true initially. As the name suggests, a rim brake calliper stops your bike by applying pressure to the rim of the wheel. When this is extrapolated over months and years, the braking surface on the rim wears out, meaning you may need to replace your wheelset every couple of seasons. Unfortunately, this can cost hundreds, if not, thousands of pounds. By contrast, a disc brake clasps onto a rotor which is comparatively far cheaper. By wearing out a rotor instead of a wheel, a disc brake system will reduce the cost of replacement parts considerably over time. 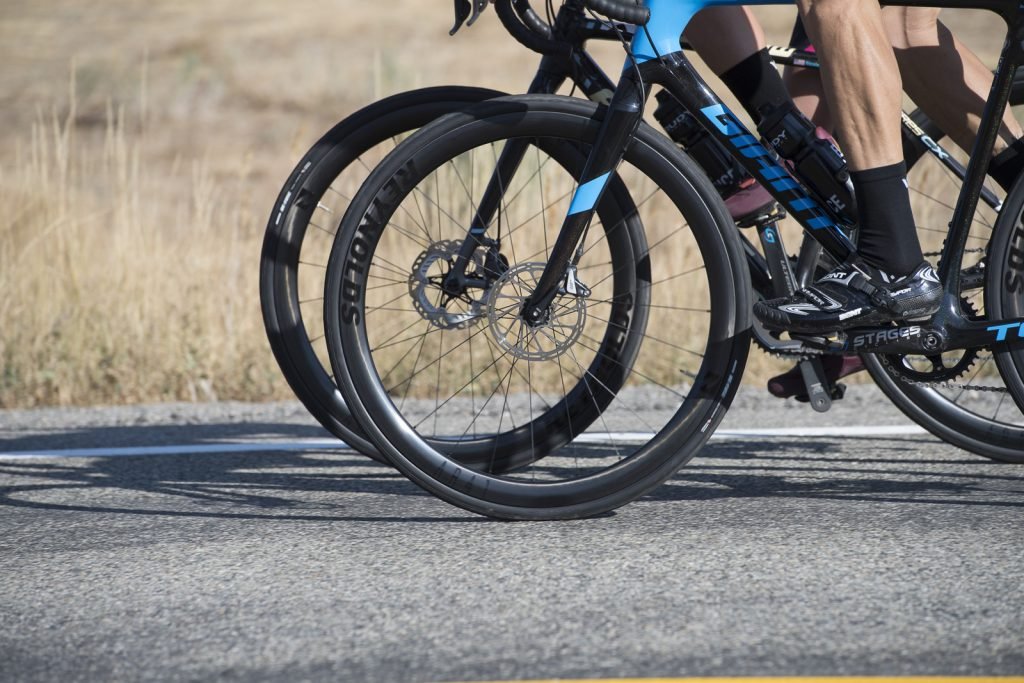 Like all cycling kit, the choice between rim brakes and disc brakes come down to personal preference, where you ride most and where you’d like to ride. If you need a bike that will go anywhere, anytime, then disc brakes are the way to go. Conversely, if you need the lightest, most aerodynamic bike possible for pure race-winning performance, rim brakes are the clear favourite.

This article is part of our ‘versus series’, click here to look at the last ‘versus’ article, where we put Shimano Dura-Ace against Shimano Ultegra

With almost a decade of riding under his belt, Tom has dabbled in almost every major cycling discipline. These days, he's usually found aboard his fixed-gear gravel bike tackling the best trails and towpaths around Manchester and the Peak District.

The Difference Between Cheap and Expensive Cycling Shoes

All about Massi Bicycle Accessories and Components

How to pack a Scicon AeroTech Evolution 3.0 TSA bike case

3 reasons to get excited about British cycling in 2014

Photos from a land down under