To celebrate the most iconic stages of the 2018 Tour de France we’ve designed four t-shirts that are exclusive to ProBikeKit. Every stage of the tour is important, some riders race for points in the mountains classification or the stage win, while others look to protect their position in the general classification. Some days, however, are especially important. The stages to Roubaix, Alpe d’Huez, Bagnères de Luchon and the Champs Élysées present a number of obstacles for the peloton, be that hellish pavé in the North or lung-bursting climbs in the South.

The pavé in the Hauts de France region plays host to the queen of the classics, Paris-Roubaix, every season mid-way through April. During stage 9 of the Tour de France this year the peloton will have to criss-cross their way across some of the roughest roads in France. Our Roubaix t-shirt is available in both forest green and black. 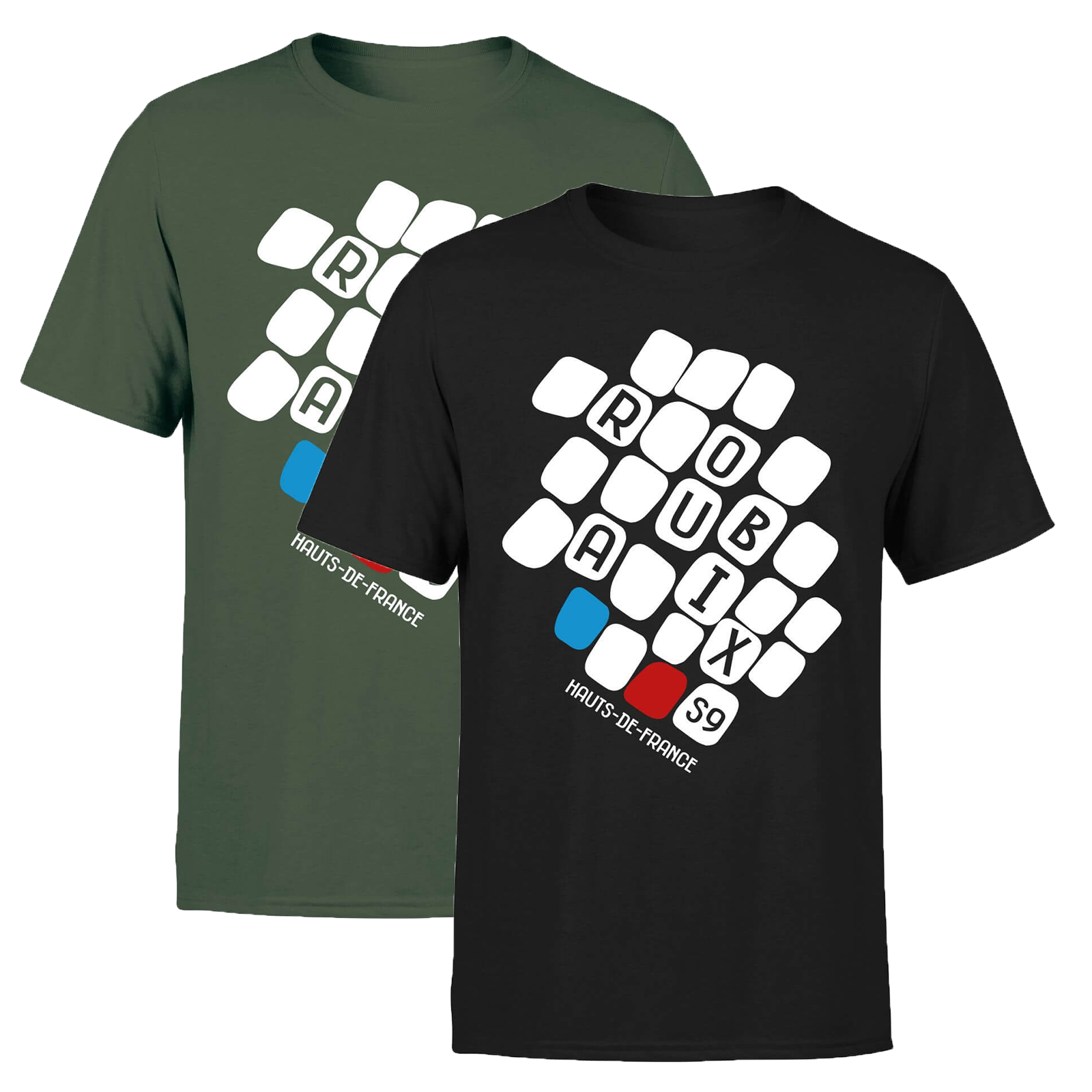 This design is inspired by Alpe d’Huez, one of the most iconic climbs in the Tour de France, regularly appearing in the race since it’s first inclusion in 1952. The climb begins in Bourg d’Oisans in the Romanche valley and winds it’s way up for 13.8km to the summit, 1,860m above sea level. Our Alpe d’Huez t-shirt is available in both navy blue and black. 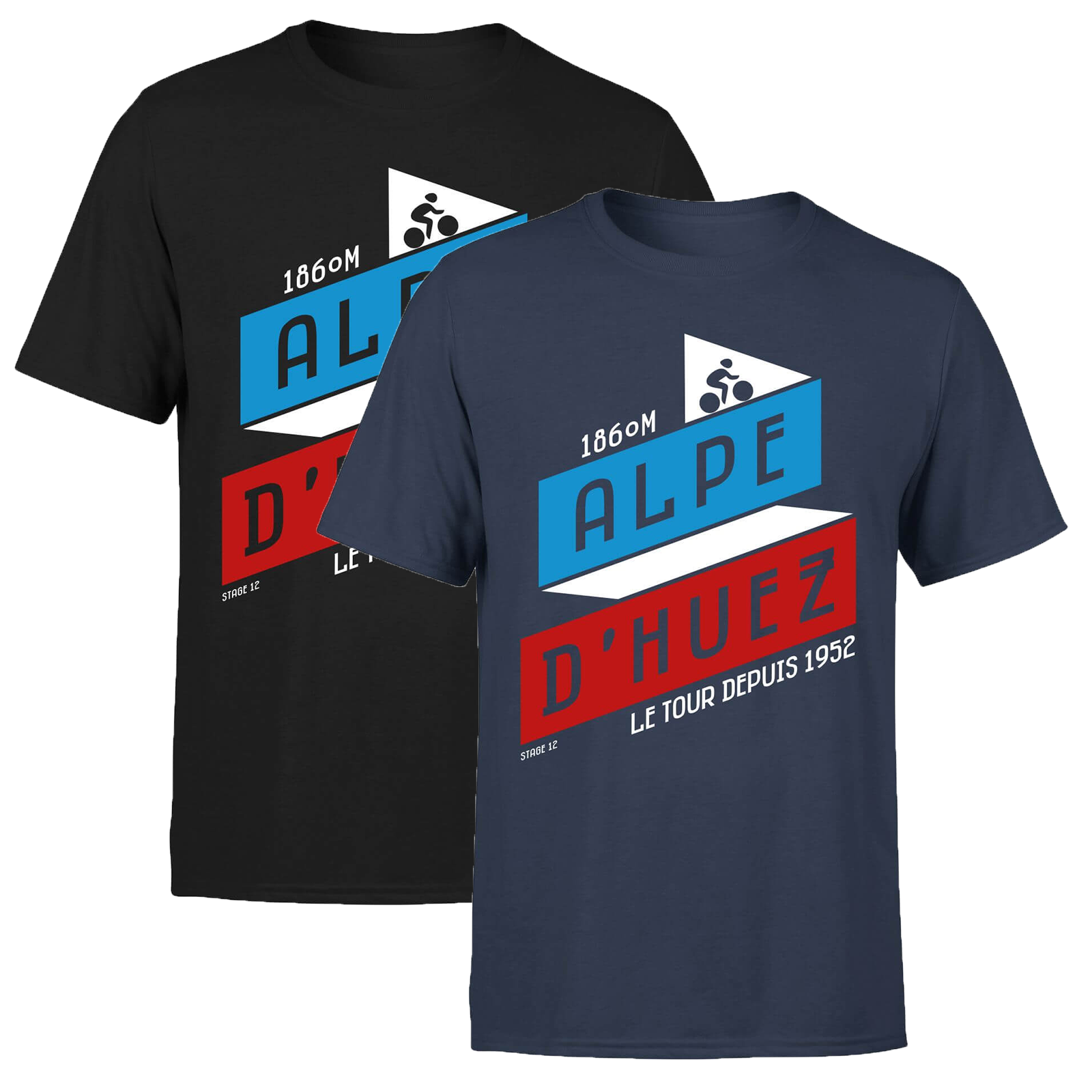 Bagnères de Luchon has played host to the tour on 49 separate occasions and is one of the most iconic towns in the race. With three brutal climbs coming in quick succession before the mad run to the finish, this year’s stage is set to be another thriller. 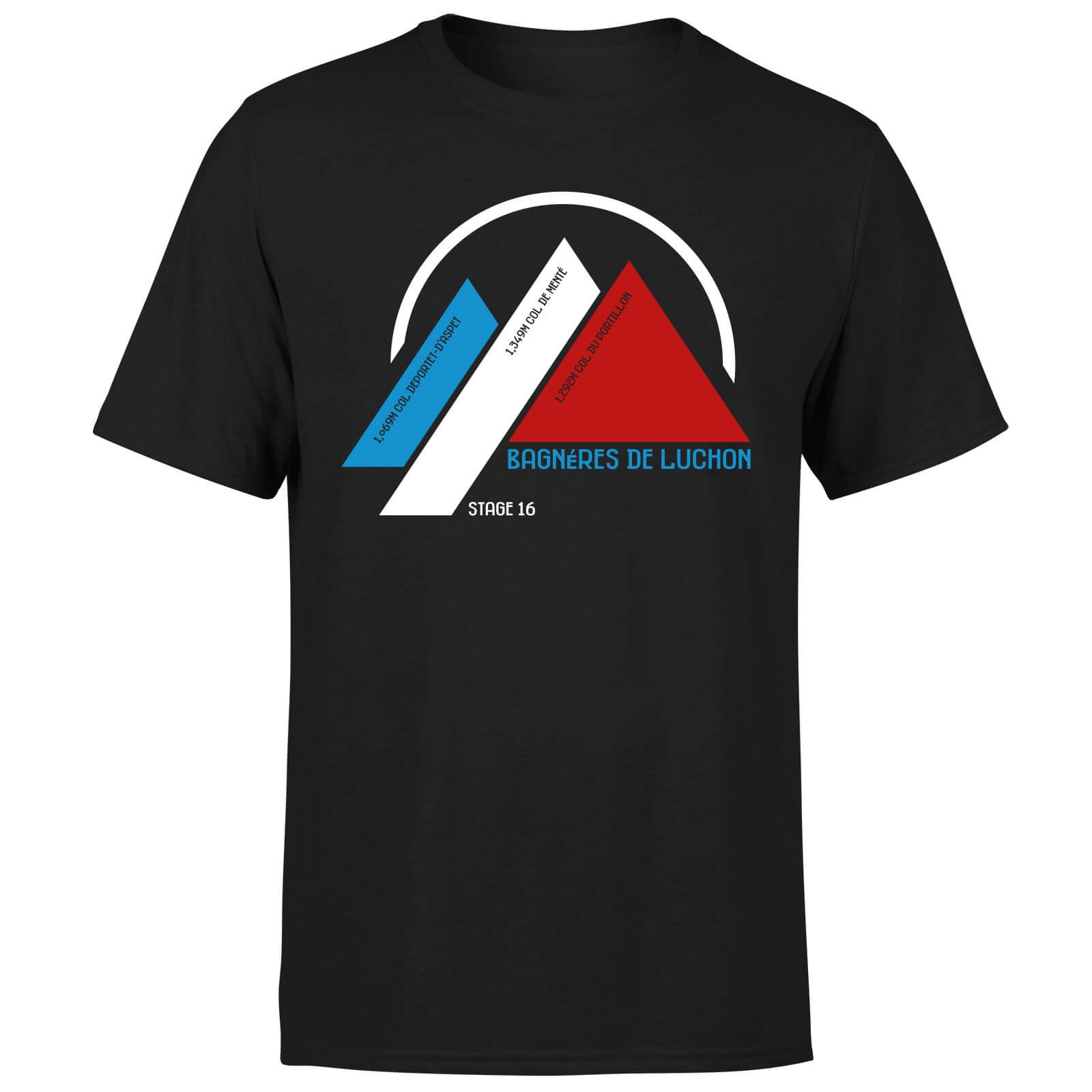 Stage 21 of the tour begins as a procession, with riders enjoying champagne and toasting to their success on their way into Paris. As soon as the peloton hits the pavé on the Champs Élysées the racing is on. The riders charge through the bumpy streets of the capital before heading alongside the Place Charles de Gaulle to the famous Arc de Triomphe. Our Champs Élysées t-shirt is available in both black and yellow, to celebrate the maillot jaune. 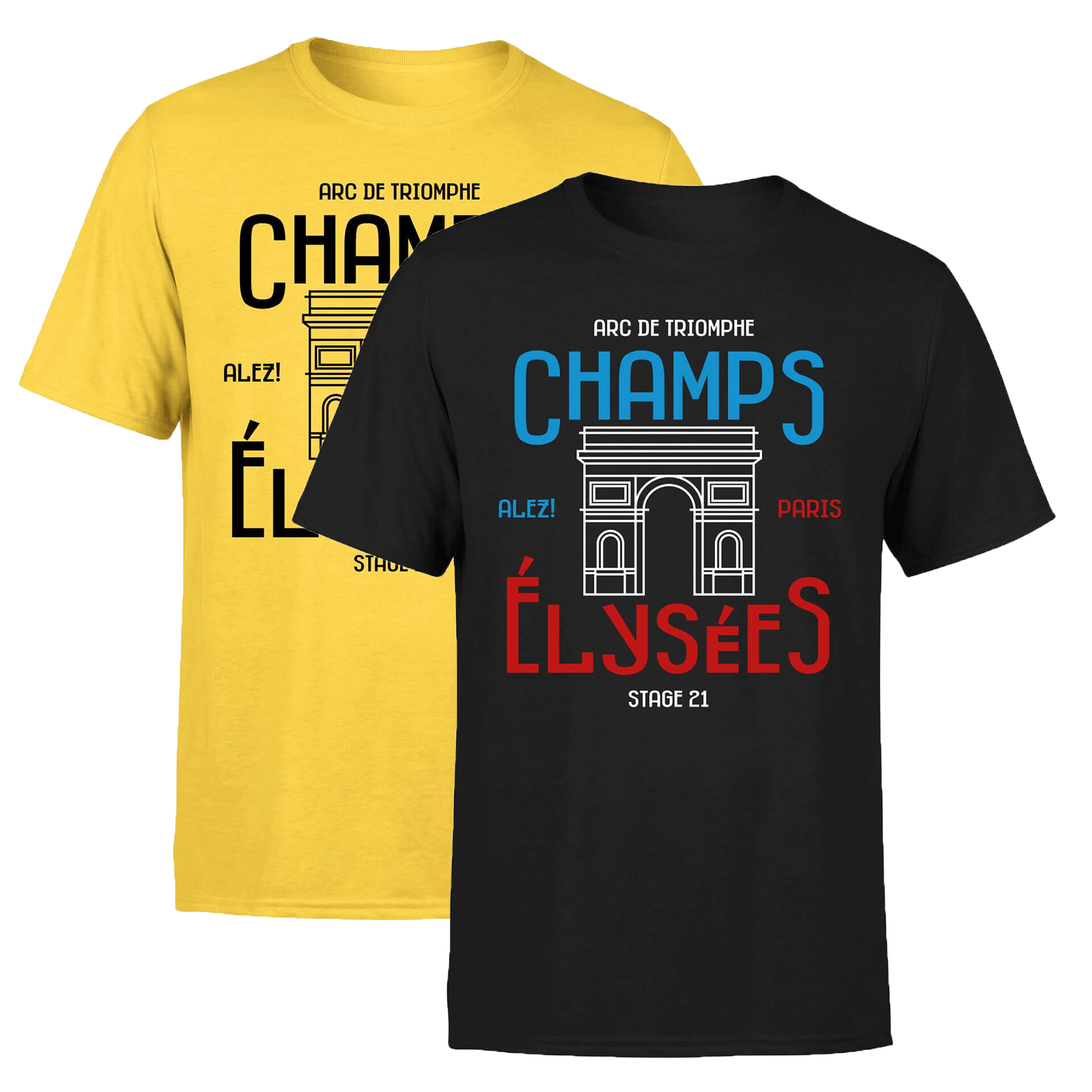 All of our Tour de France t-shirts are available in a women’s fit in a range of colourways. Celebrate the tour in style this summer! 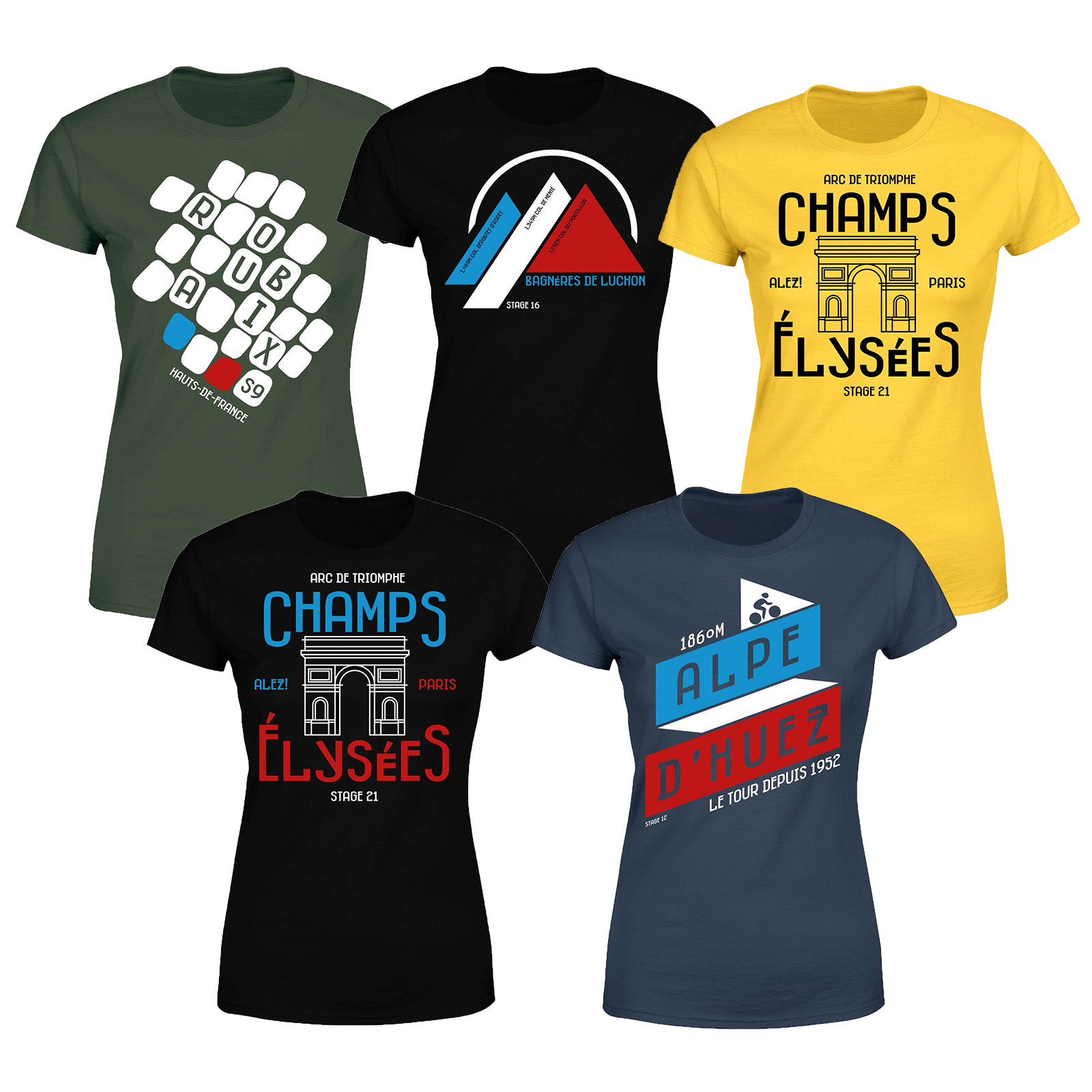 Check out our Tour de France offer page for great deals throughout July!

Tour of Britain Teams and Riders 2016

Snapshot of Stage 20 of the Tour de France

The Bridesmaid of the Tour – Raymond Poulidor