If you’ve been watching any of the early season pro cycling races this year, there’s no question you’ll have heard a lot about the Castelli Gabba jersey. It’s seemed almost like every team not sponsored by Castelli had rebadged/debadged Gabbas on their riders through some pretty terrible weather conditions. In fact, it was part of the fun of watching the races, picking the rider wearing Gabbas. This has been wonderful publicity for Castelli as pro riders from other teams chose to ride Castelli Gabba jerseys over the kit from their own sponsors, and this has helped the Gabba itself move towards becoming a truly iconic cycling product.

Even if you’ve not been paying attention, you may have heard of it before as it’s been a product that’s had an enormous amount of interest since its release a couple of years ago. The idea behind the jersey was from then Cervelo Test Team rider Gabrielle Rasch, who suggested the idea of a race fit rain jersey to reduce the need to wear a rain cape. Castelli then worked with Gore to come up with the specific fabric for this jersey. Gabba is Rasch’s nickname, and there you have the name. Ironically Gabba himself now rides for Team Sky and doesn’t have access to the garment bearing his name.

I’ve been reviewing a Gabba for Probikekit and it has to be one of the most versatile pieces of cycling clothing I’ve ever used and it’s almost a perfect choice for a lot of my riding.

Given the option between long and short sleeve versions, I opted for the short sleeve jersey as I already had the perfect Castelli accompaniment of a pair of Castelli Nano flex armwarmers, which are Castelli’s recommended combination due to the Nanoflex fabric also being water resistant.
The colours and designs of the Gabba are great and have been further improved and refined for 2013. Castelli cycle clothing is often wonderfully stylish as well as highly technical and the Gabba is another stand out in this respect. As well as the black colour I chose (to go better with the black Nanoflex arm warmers I have) there is also a fantastic fluoro yellow as well if you want to be a bit more visible or like bolder colour schemes while you are riding.

Sizing is race fit and designed to be fitting rather than loose. Part of the design brief was for a garment that didn’t flap about. It is Italian slim fit sizing so bear that in mind when you’re ordering. One thing the Gabba is not though is a winter jacket, nor is it a replacement for a winter jacket. Something that might be a surprise if you’ve seen some of the weather conditions the pro peloton has been using it in. However, some people don’t mind the cold and I’ve heard of people using it down to around zero degrees Celsius. However your reviewer is not one of these cold resistant people and if you look at the Castelli website they recommend a temperature spread of 10-18c degrees as the ideal range. 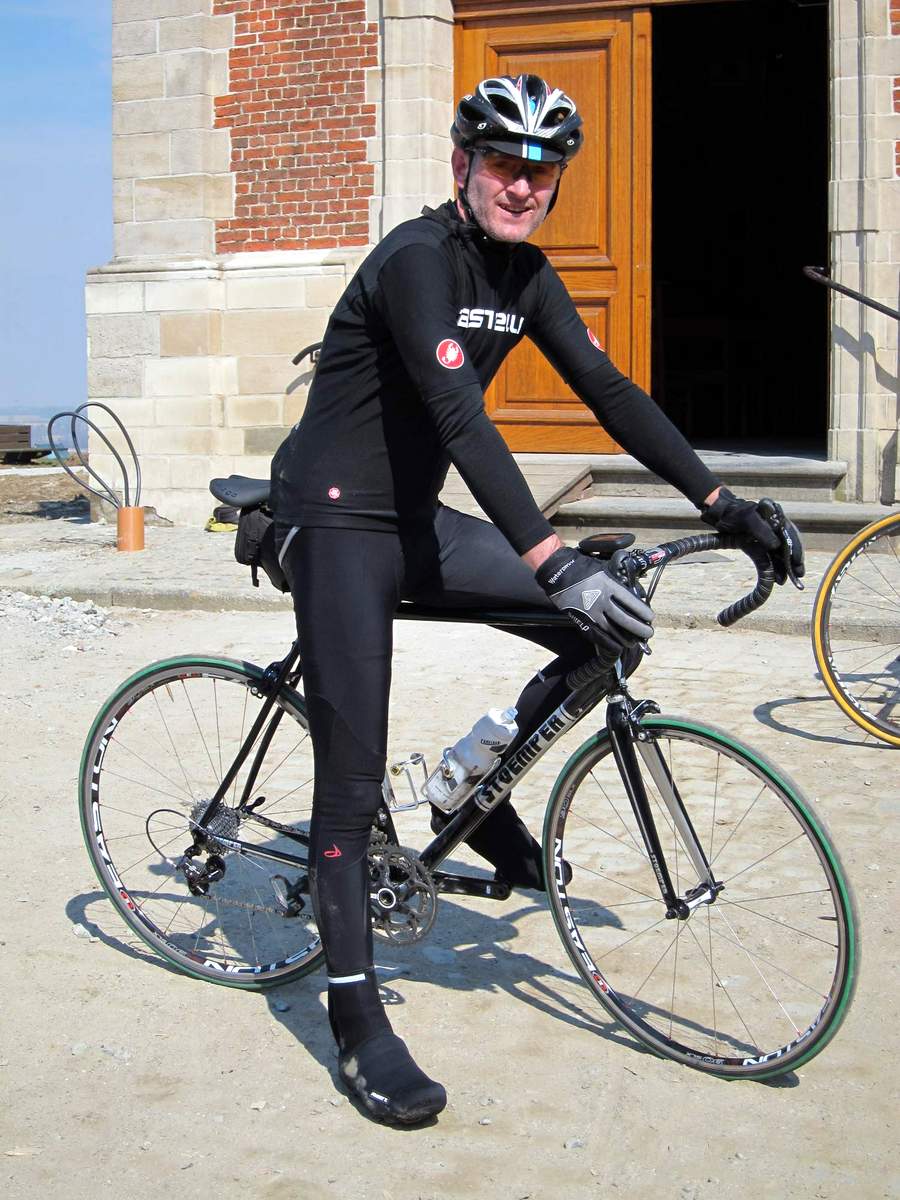 Once you move past that point, the Gabba’s versatility starts to shine. Because it’s water resistant and windproof, you don’t need a Gilet and I’ve not used my gilet since the Gabba arrived. With the Nanoflex armwarmers you can ride happily in changeable weather knowing that you’ll stay dry through showers up to heavy or sustained rain, when a rain jacket becomes frankly a better option.
The wind stopper fabric helps keep you warm in cool to cold winds and layering up with a baselayer and a short sleeve race jersey definitely keeps you warmer on colder days. If you’re riding at a brisk intensity, you’ll be able to run the short sleeve Gabba in cooler conditions and how hard you’re planning to ride might influence how much you layer up under it.

As temperatures rise, it still copes reasonably well. After a very cold and long winter, I managed to be out on the bike when the temperatures rose to 18-19c degrees and using the full length zip still allowed me to easily regulate my temperature and not get too hot. My body is still acclimatised to cold weather so 18 degrees felt very hot but with the zip half open I was fine.

The three pockets at the rear of the jersey have decent capacity and I’ve not wanted for more space on any ride I’ve done so far wearing this jersey.
Over the last month, I’ve found that the Gabba has become my first choice jersey for nearly every ride. The temperatures have lifted enough for me to put my winter jacket away – but daily temperatures and weather conditions have been very changeable and it’s here that the Gabba truly excels.

Prior to the Gabba arriving in the post, I would normally have at least two different selections on standby for any spring ride. Final decision would always be made within 20 minutes of leaving the house by checking the weather forecast and looking out of the window in the direction that my ride would take. The Gabba has removed that challenge in my house and made life much simpler. If it’s too warm for a full winter kit, then it’s Gabba time. It’ll only be if and when it gets too hot and dry that I’ll switch to a summer jersey. Living in the UK, that’s going to make the Gabba the first choice for a large amount of my yearly riding.

The short sleeve Gabba jersey is not a cheap garment but think of it like this. You’re getting a 2.5 season garment, that’s water resistant and windproof, removing the need for a gilet. If you live somewhere with changeable weather I can’t think of a more practical and versatile garment to have in your wardrobe.

To explore our full range of Castelli Gabba jerseys and jackets, click here!

Scott is a writer for the girodilento blog.