Cycling fans who are suffering withdrawal symptoms since the Tour de France finished only have a few days left to wait until they get their next Grand Tour fix, as La Vuelta a España kick-starts on 19th August in er, well…France! The three-week, 3,200km long race, sees the cyclists start in France for the first time ever before crossing the mountains of Andorra en route to the Tour’s home of Spain. It is often claimed that the final of the Grand Tours is the hardest due to the Spanish summer heat and long stages and this year’s race will be no expectation, with nine summit finishes, three times as many as the Tour de France, including a climb up Angliru, which at 13km long and sections topping out at 30% gradient, has been called Spain’s hardest ascent. 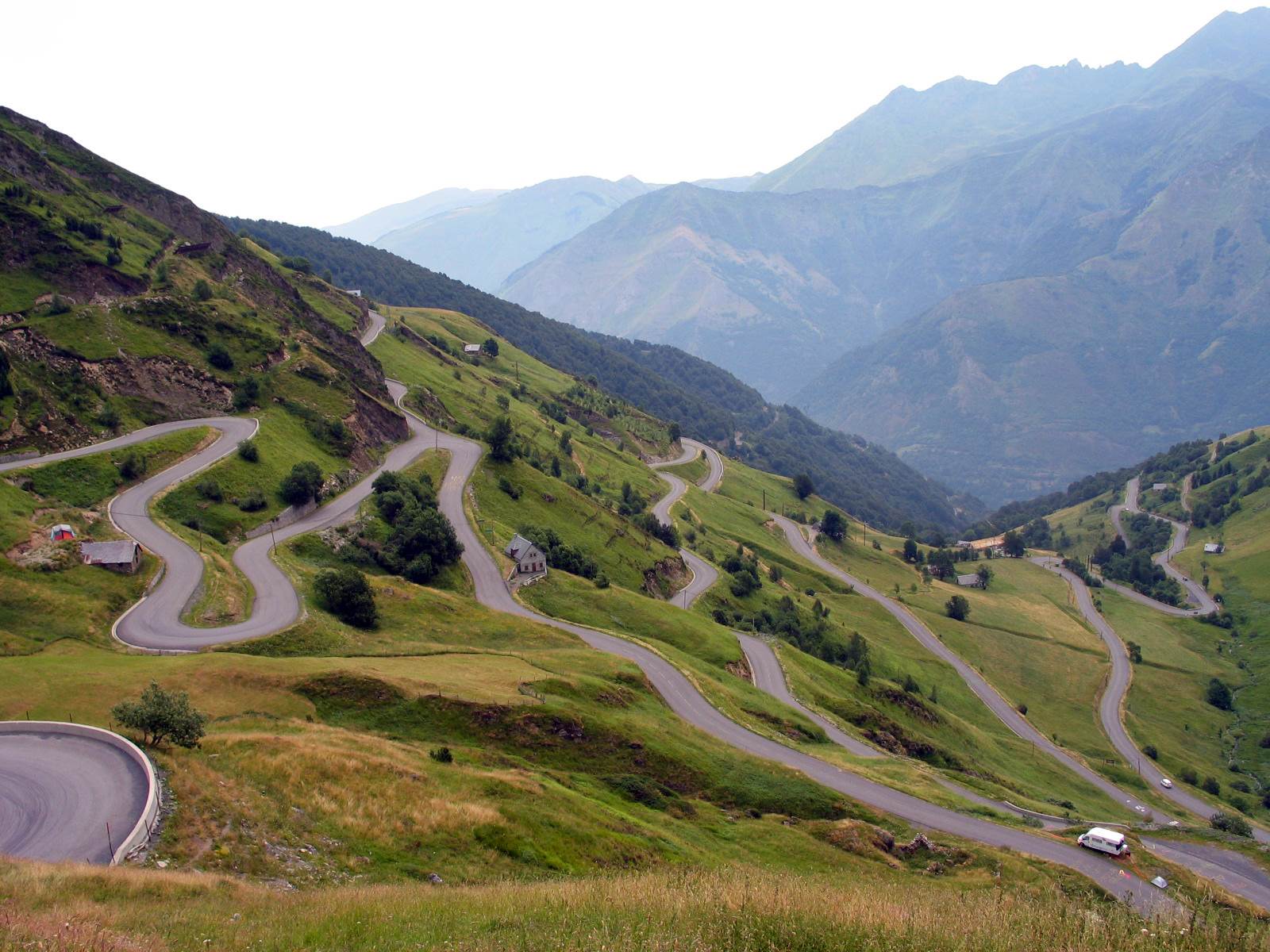 I love to watch the Vuelta, unfortunately, due to work schedules on the TV rather than live, as I can spot many of the places in the Costa Blanca, where I have trained in the winter months. Last year I subjected my Dad to hours of viewing pointing out various, climbs, café and toilet stops! There is usually a stage that goes through this part of Spain, and this year is no exception with stages 8 and 9 crossing the region.
I am very lucky to be able to take some time each winter to escape the cold British weather to have a triathlon training holiday in the Costa Blanca, staying at the bike friendly Terralta Apartotel in Benidorm and using a hire bike from Ciclo Costa Blanca. When I tell people that Benidorm is a great base for cycling they usually look at me sceptically and at first, having seen the sitcom ‘Benidorm’, I wasn’t sure what staying in the resort would be like, but located at the foot of the Marina mountains, it is a fantastic cycling base, as shown by the number of pro-teams that train there in the winter and the amount of times the Vuelta has visited the resort. 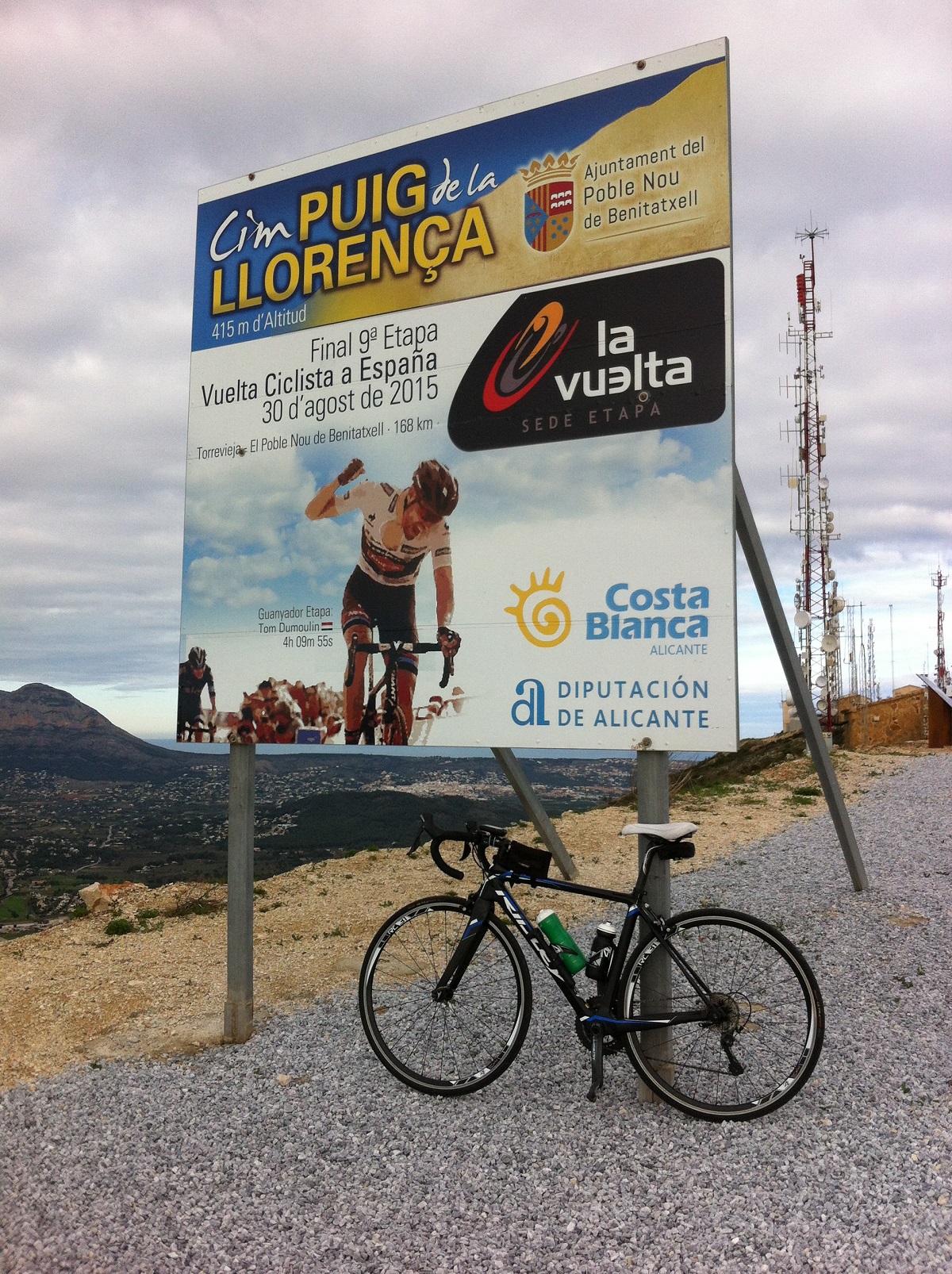 One of the best things about riding in the Costa Blanca is spotting the pro-teams doing their winter training. Last December, in just one day, I saw three teams all of which were happy to have a chat! Whilst heading out to climb a Vuelta favourite, the infamous Col de Rates, I had a coffee stop in a café and the entire BMC youth team came in for their break! I had a quick chat with them and then headed up the Col. As I neared the summit some members of AG2R Mondiale were starting their descent and as I reached the top I was able to talk to some riders who were having a quick refuel before they joined their team mates on the ride down. Then, whilst descending the other side of the Col I was overtaken by the Giant Alpecin team and again managed to have a chat with them as they refuelled in the next village of Tarbena. All of the teams were really friendly and more than happy to have a chat and pose for photos. This contact with so many teams really made it a magical day of cycling! It’s also great fun to spot the names of the cycling legends painted onto the roads of the former Vuelta routes and helps inspire you to reach the summit. Once climbing up the Vall d’Ebo I was surprised to see ‘Go Pantani’ on the tarmac! This was obviously very old paint and I suppose shows how little it rains in the area and how little traffic there is on the local roads! On days when you want a tough challenge you can follow in the footsteps, or rather wheels, of the pros and ride a stage route, or part of a stage, of previous editions of the Vuelta. 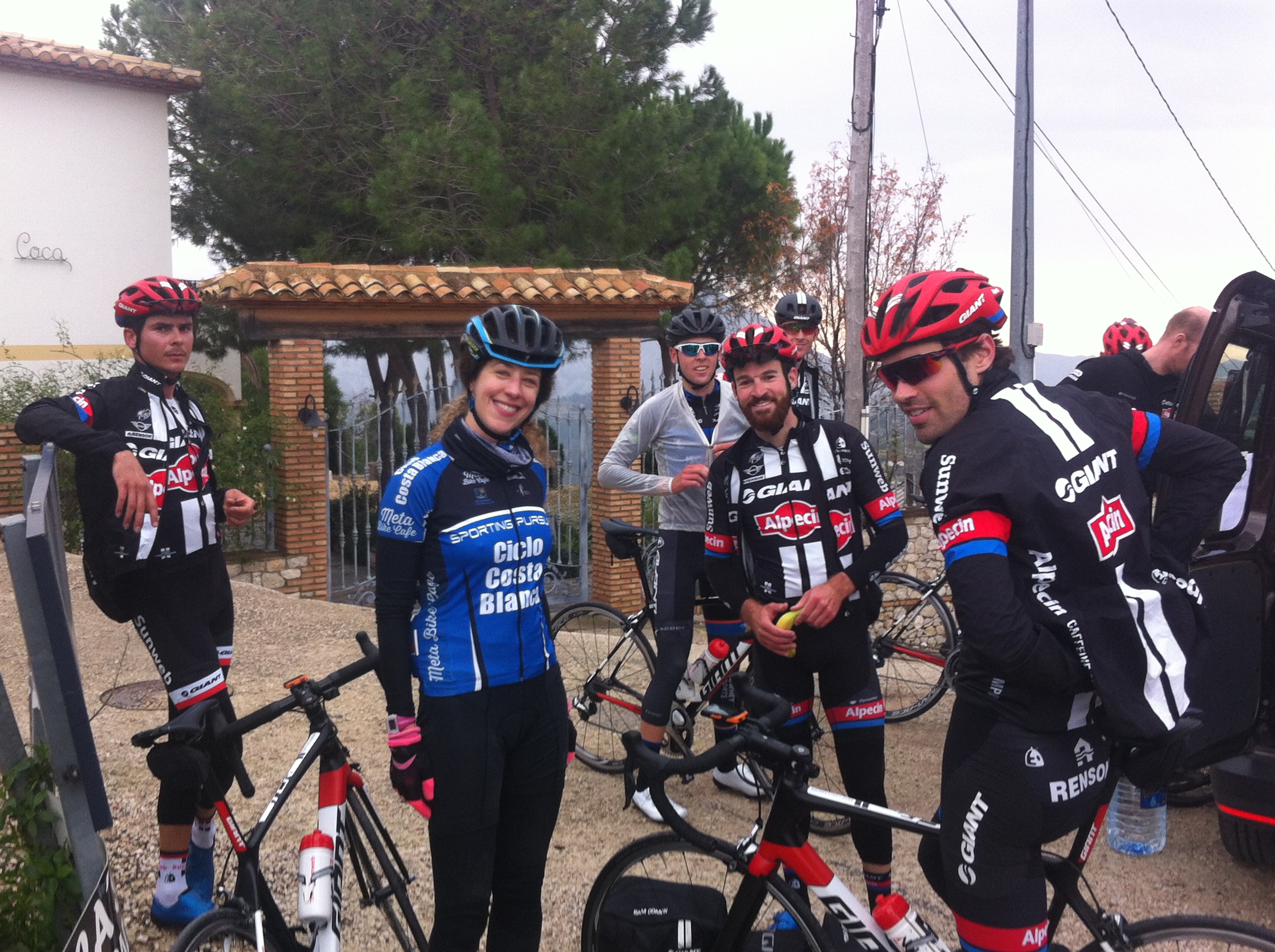 The route of stage 9 on this year’s Vuelta is one that I am very familiar with and follows the coastal road past Alicante and Benidorm, before taking in a climb which often appears on the Vuelta (2015 & 2017) – the Cumbre del Sol. I first climbed Cumbre del Sol in 2015 and although fairly short at about 4km, it is incredibly steep with the gradient reaching 18.5%! I was very glad to have been given a compact geared bike from Ciclo Costa Blanca, as it made the climb that little bit easier! At the summit, I was rewarded with breath taking views of the coast from Albir to Denia and beyond, which makes the pain worth it. I am hoping to return to the region this winter and experience a little piece of this year’s Vuelta by riding some of the route of stage 9.
This year, I will not only be watching the coverage of La Vuelta but also following the progress of some friends that will be riding the entire route of the race, one day ahead of the professionals. In 2015 I cycled the entire route of the Tour de France with a team of eleven riders, led by the former England footballer and leukaemia survivor, Geoff Thomas, to raise £1m for Cure Leukaemia. This year four of my team mates, plus a new team member, are riding all three Grand Tours (Giro d’Italia, Tour de France and La Vuelta), again to raise funds for Cure Leukaemia. This is an incredible challenge, which sees them ride 10,403 kilometres and climb over 66,000 metres in total. So tough is this feat, that only 39 pros have ever ridden all three Grand Tours in one year. For me, this year, this team of amateur riders will be the team that I will be supporting and following more than any of the pro-teams. They may not have their names written onto the roads or crowds of spectators cheering them on but they are pedalling for something more important than the winner’s red jersey and for that, I believe they will be the real heroes of this year’s Vuelta as they roll into the finish in Madrid.

Helen is the current British Quadrathlon Champion and former age group World and European Duathlon champion and European Triathlon champion. In 2015 Helen was part of the One Day Ahead team, which raised £1m for Cure Leukaemia by riding the entire route of the Tour de France one day ahead of the pros. You can follow her on Twitter via @helengoth and Geoff Thomas’ Three Tours Challenge via @3ToursChallenge

The Tour de France so far – The key moments