The 2019 road season is just around the corner and almost all of the WorldTour teams have released their new kits. The 2014 trend of black, dark blue or black and dark blue is very much a thing of the past. Flashes of bright red, lime green, celeste and even pink will certainly make the peloton look colourful from those ariel helicopter shots! Read on to see our star rating and opinions on all the new pro cycling team kits for 2018.

The French team have kept the same colours and three-tier design from last year’s kit. We’re not sure about the brown shorts and the design is a little out-dated. No doubt Oliver Naesen (pictured below) will be hoping he can repeat his feat from 2017 and win the Belgian Championships again. 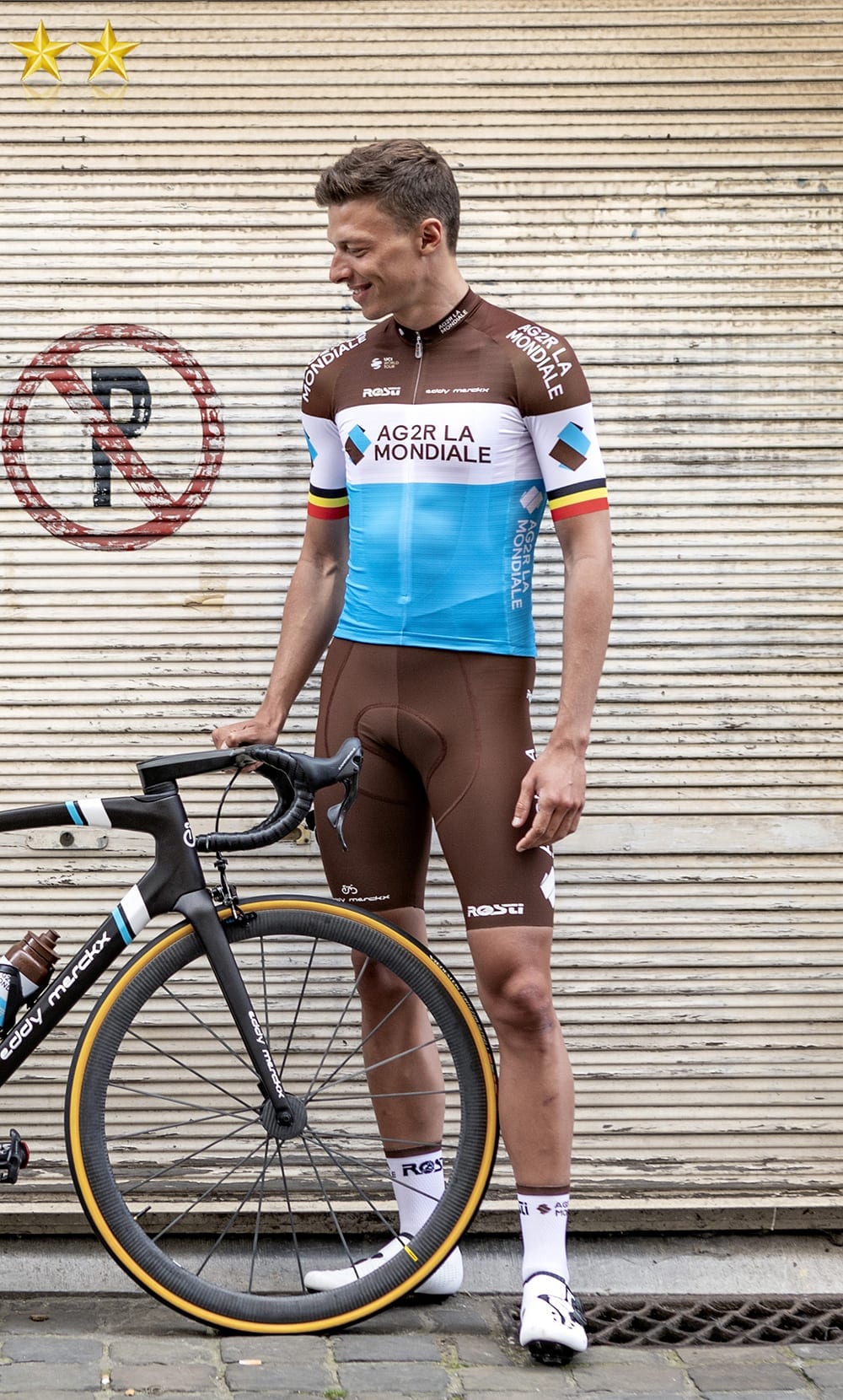 Astana’s team has remained the same for the last three season’s now. It’s certainly unique, which helps them to stand out in the peloton, but we’re not bowled over by it. Let’s just say that if you had to pick a pro cycling kit to buy and ride in you probably wouldn’t pick this one. 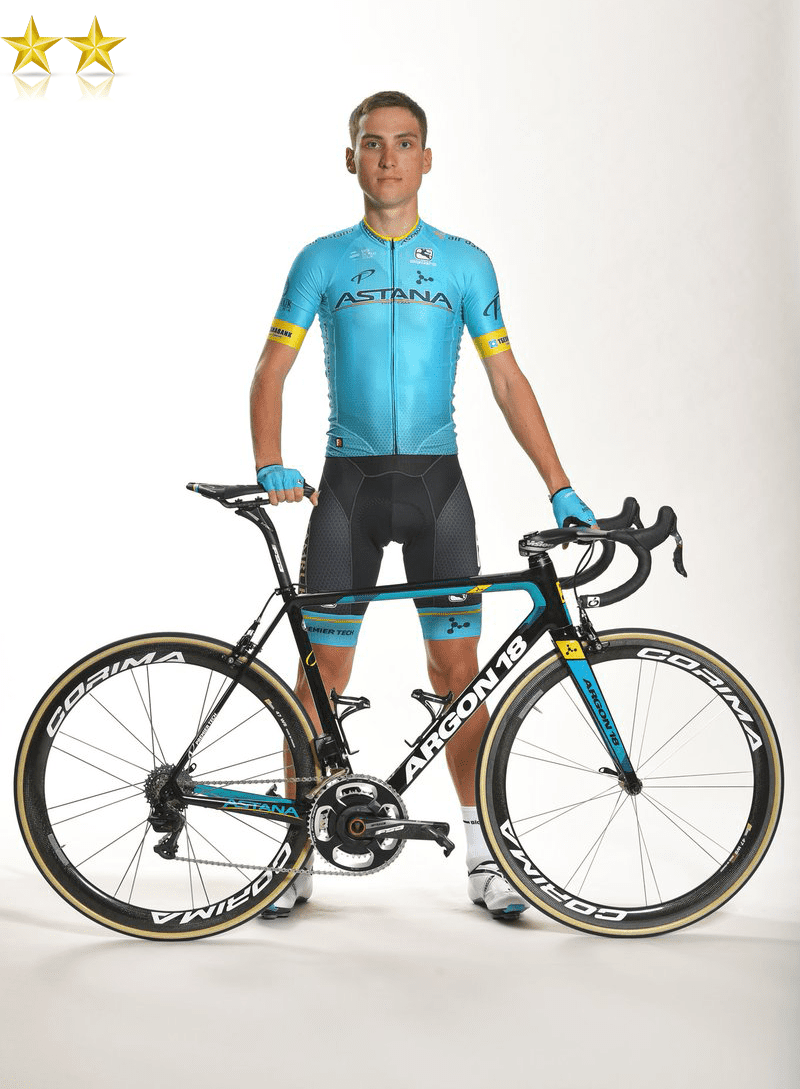 Bahrain-Merida and Sportful have stuck with the same colours from last season of red, navy blue and gold. We think all three colours work really well together and look extremely classy. With the addition of a few more red kits to the pro peloton, it could be a little harder to spot Bahrain-Merida riders so keep an eye out for those gold helmets. 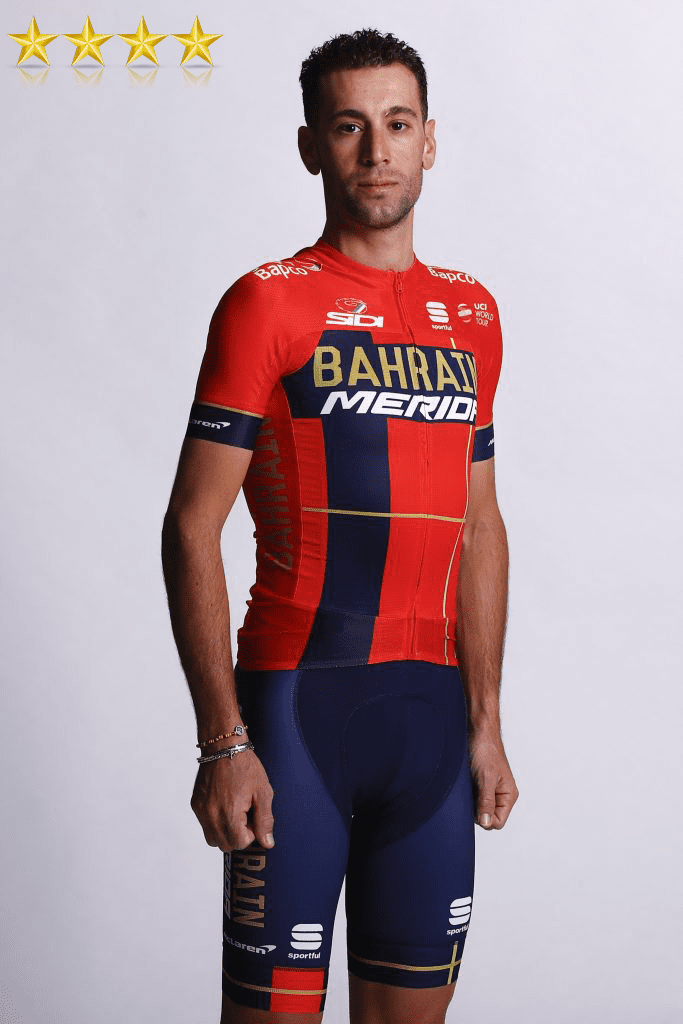 The 2019 BORA -Hansgrohe kit from Sportful has seen very little change for 2019, but why change a good thing? Clean lines and contrasting colours make it understated but very appealing. That almost robotic 8-pack pattern on the abdominals is a cool touch too. One change for 2019 will be the jersey on the back of Peter Sagan. For the first time in three years, the Slovak sensation will be in his national championship colours and not the rainbow stripes as world champion. 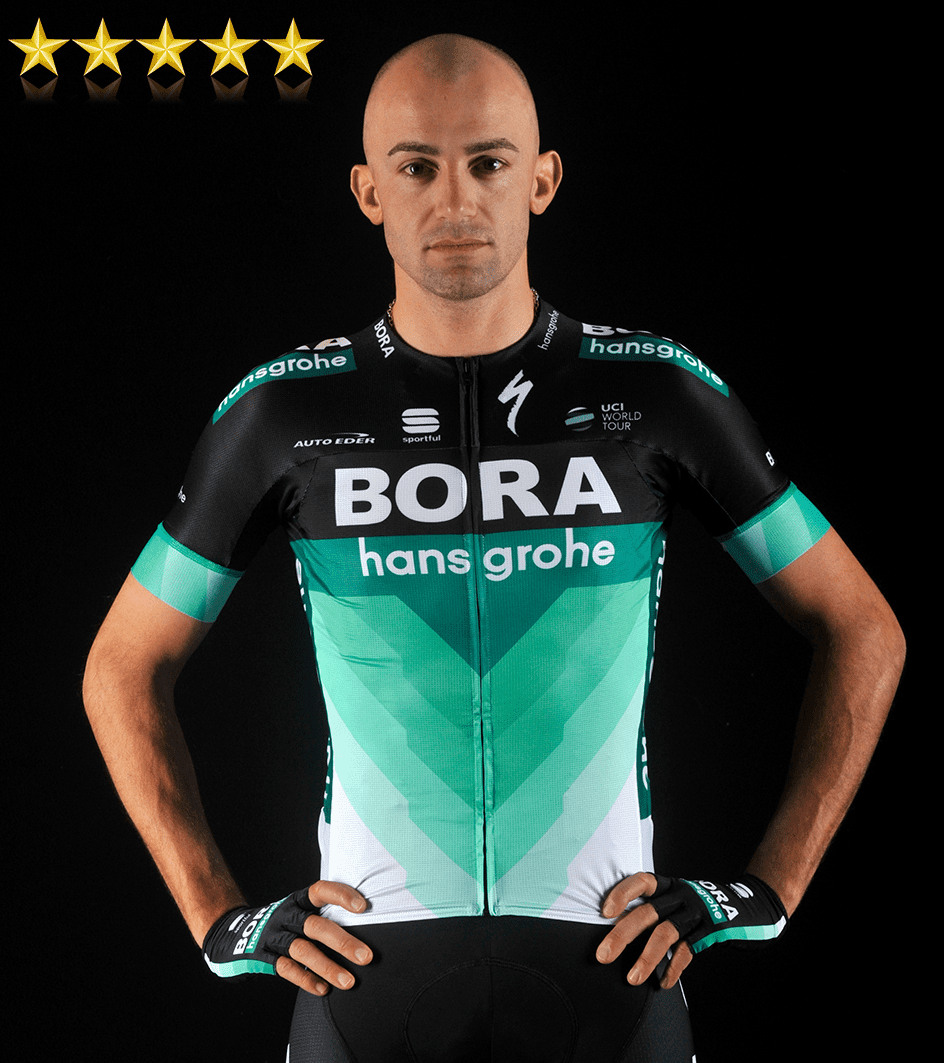 BMC’s merge with the Polish team CC Sprandi has seen them adopt a bold new orange colourway for 2019. We’ve not seen this much orange in the peloton for years and think it’ll be one of the best pro cycling kits out there. 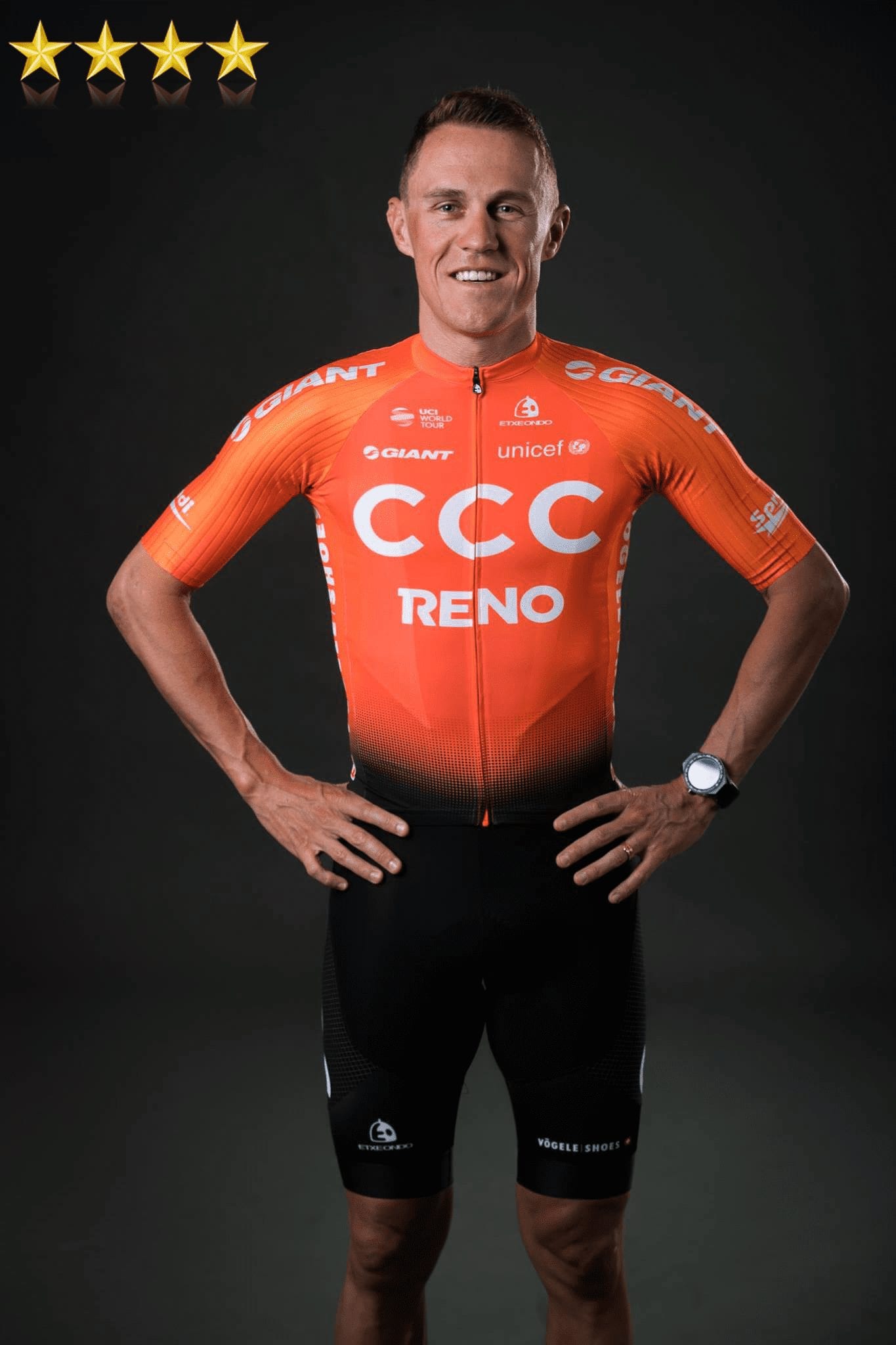 Quick Step was arguably the most successful team in 2018, racking up an extremely impressive 75 wins. The Belgian outfit has a new title sponsor; Deceuninck Windows, for 2019 but has kept the same kit design as last year. Quick-Step Floors had a very similar kit back in 2010 and it looks as good now, if not better than it did all those years ago. La Classe. 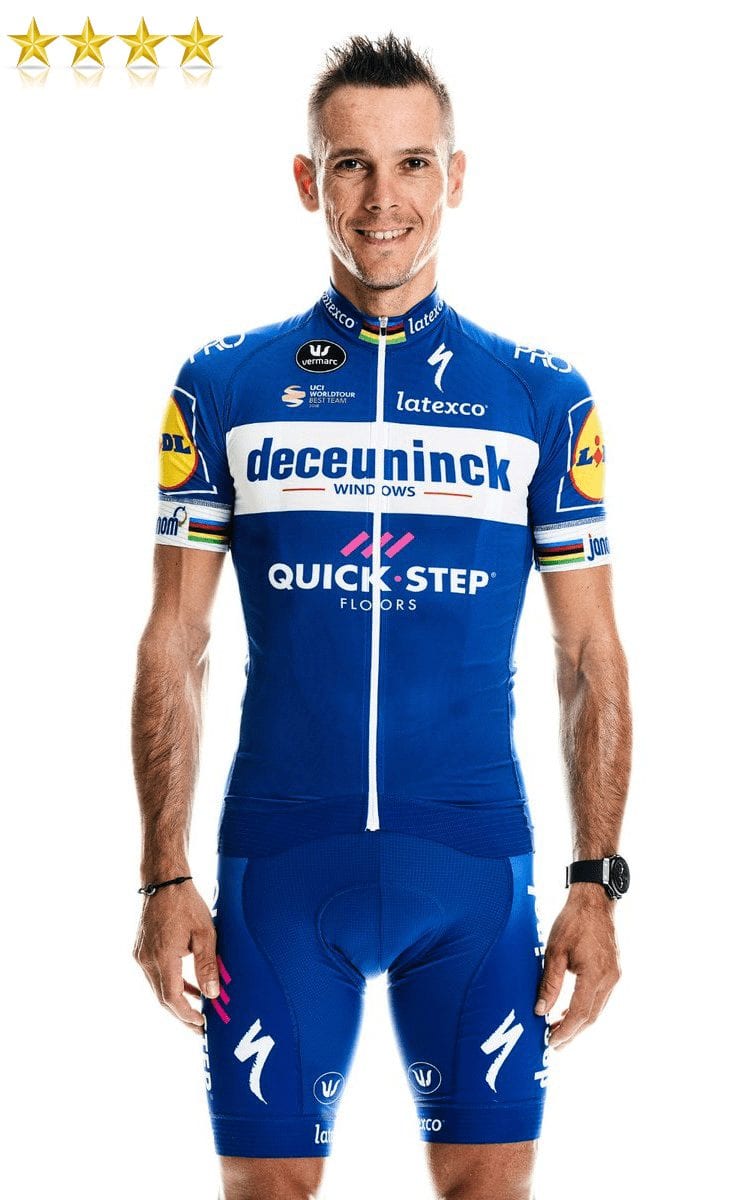 Ef Education First – Drapac are yet to release their new kit. If it’s anything like last year’s then we’ll be happy! 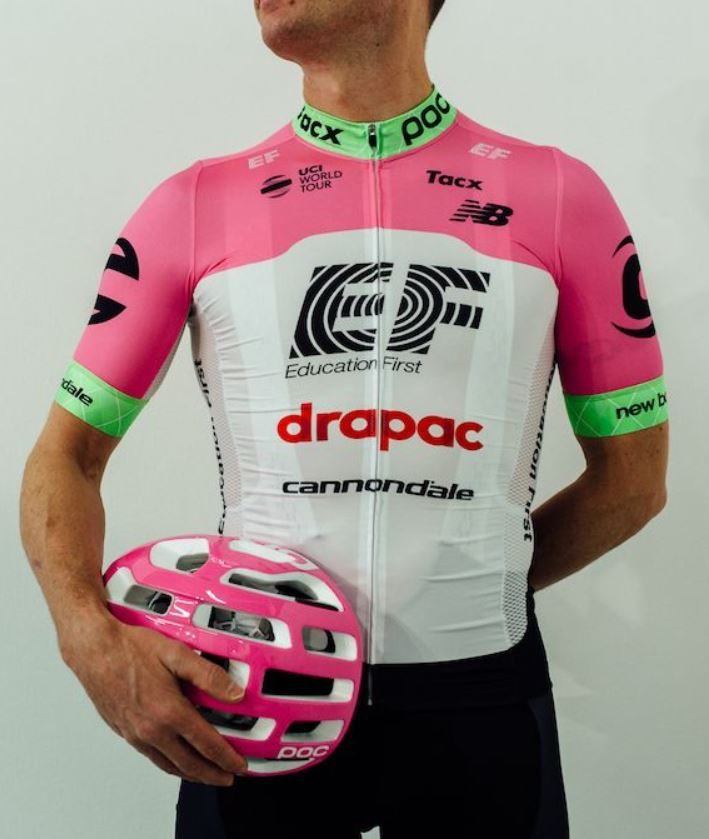 Dimension Data’s new kit isn’t all that new, the design is very similar to last season but for a change in manufacturer and repositioning of a few sponsors. The predominantly white jersey looks good with the black shorts but we’re not too sure about the lime green. 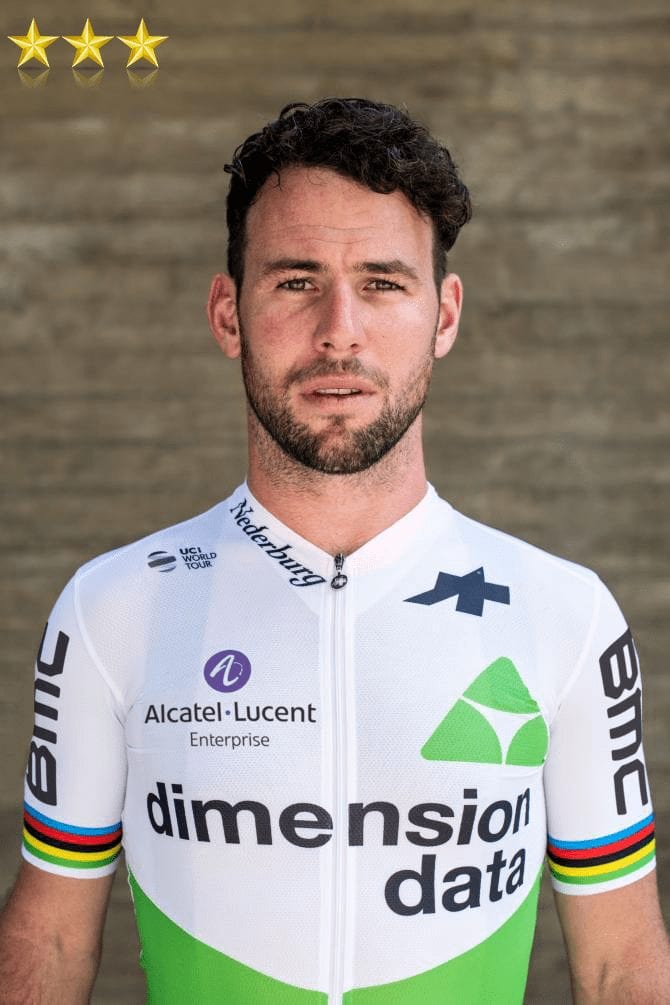 Groupama-FDJ always seems to deliver a good looking pro cycling kit and 2019 is no different. The blue, white and red tricolour is a classy nod to their French heritage, it’s simple and effective. Kudos to Alé for designing a jersey that’s instantly recognisable and so easy to spot on TV. 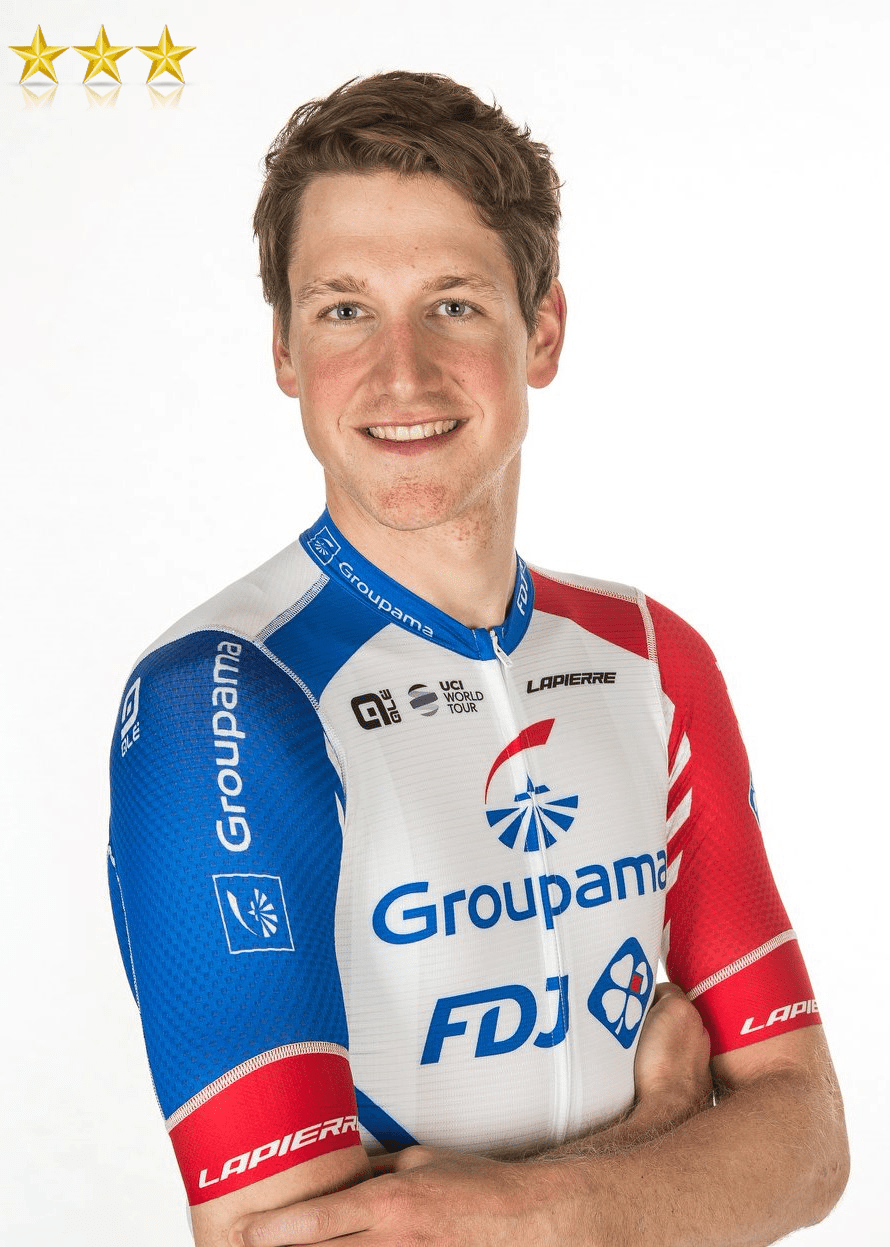 Katusha-Alpecin has removed even more red from their jersey for 2019 than they did for 2018. You’d think a colour that looks like a faded white would be unappealing but we think it works rather well with the coral red. There are certainly better pro jerseys out there, but it’s by no means the worst. 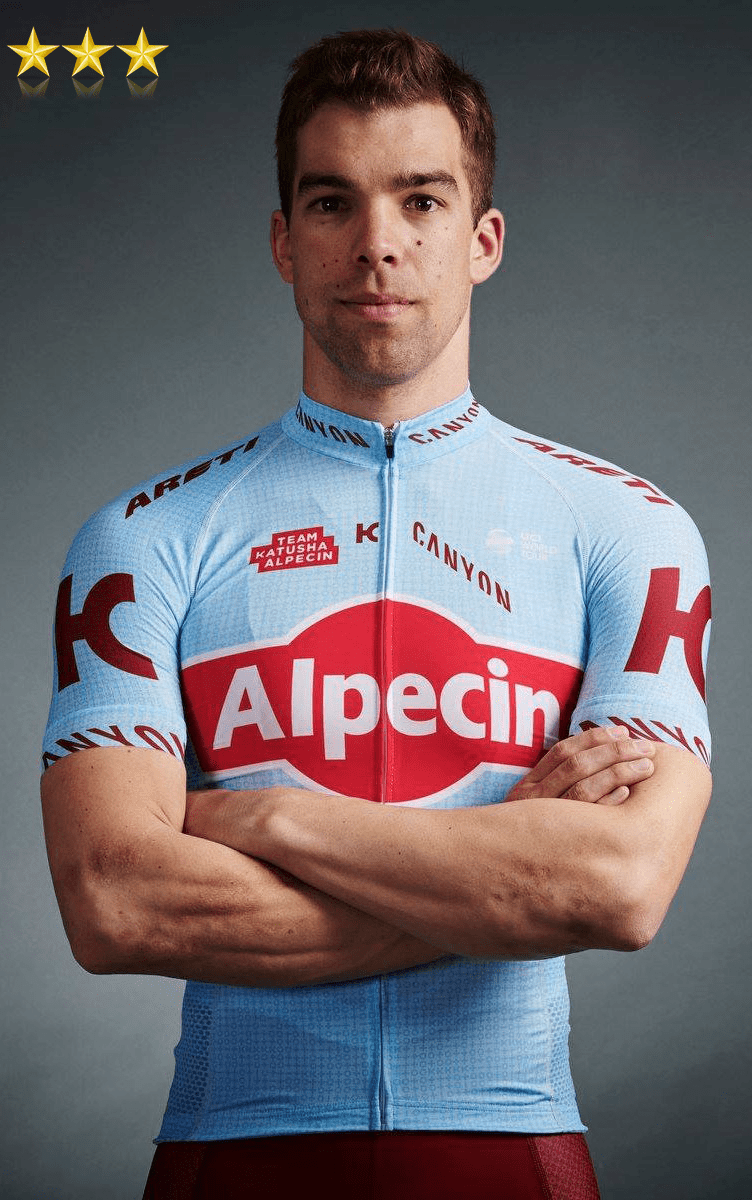 Q&A with Steff Cras - Katusha-Alpecin's new signing talks to ProBikeKit about the sacrifices he's made to become a professional cyclist, how he prepares for races and his ambitions in the WorldTour.

The Lotto-Soudal kit has been tweaked a little from 2018 and features a little less red. The design is still old school and classy but to be honest we like last year’s a little more. Still, it looks great when paired with the predominantly black bib-shorts. 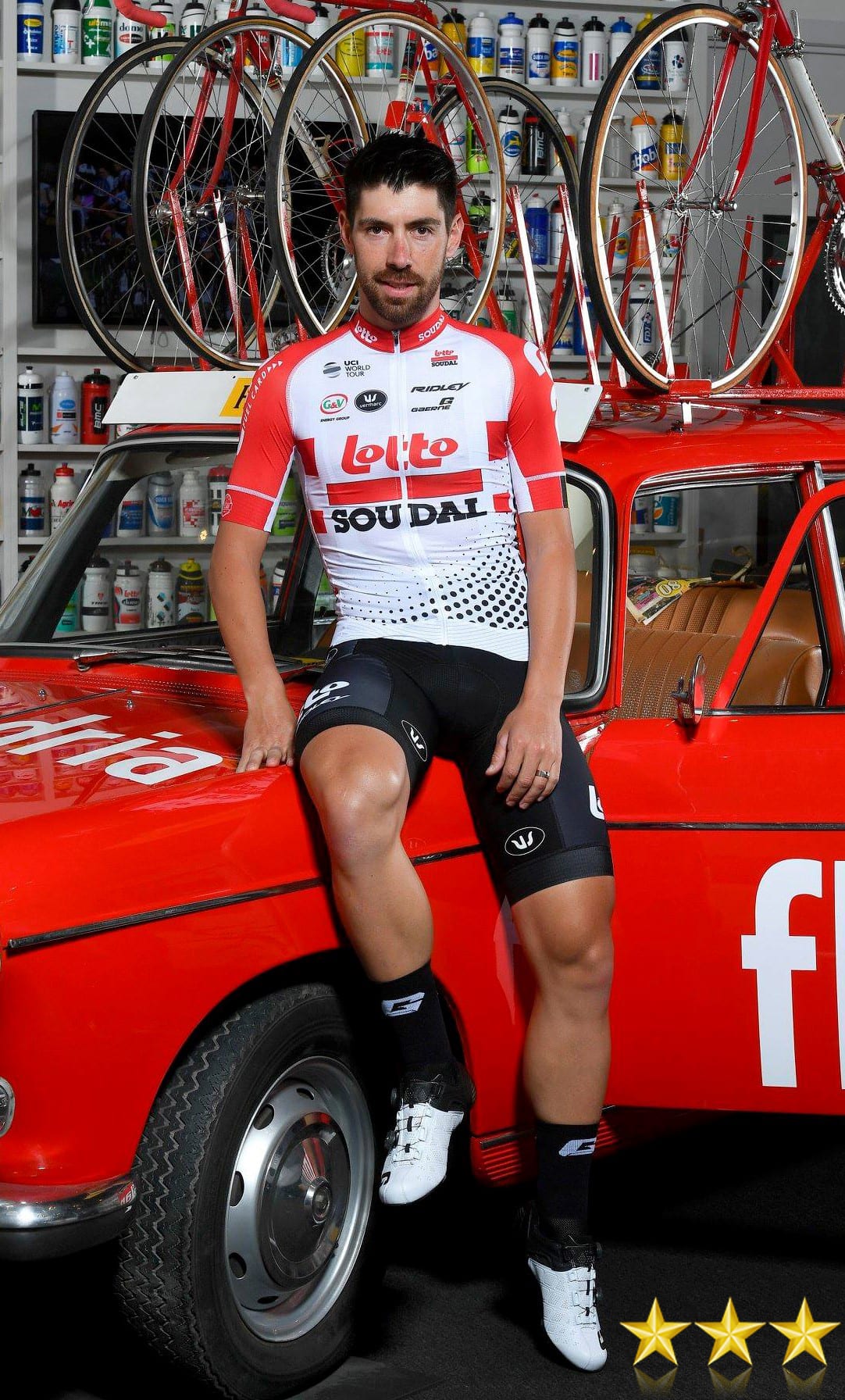 Movistar’s re-brand saw them move away from dark blue and fluorescent green to light blue and white logos. The fade didn’t do much for us in 2018 and the Spanish team have stuck for it in 2019. The tone of blue on the upper part of the jersey is nice, however, and they’ve done a fantastic job with Alejandro Valverde’s World Championship kit. 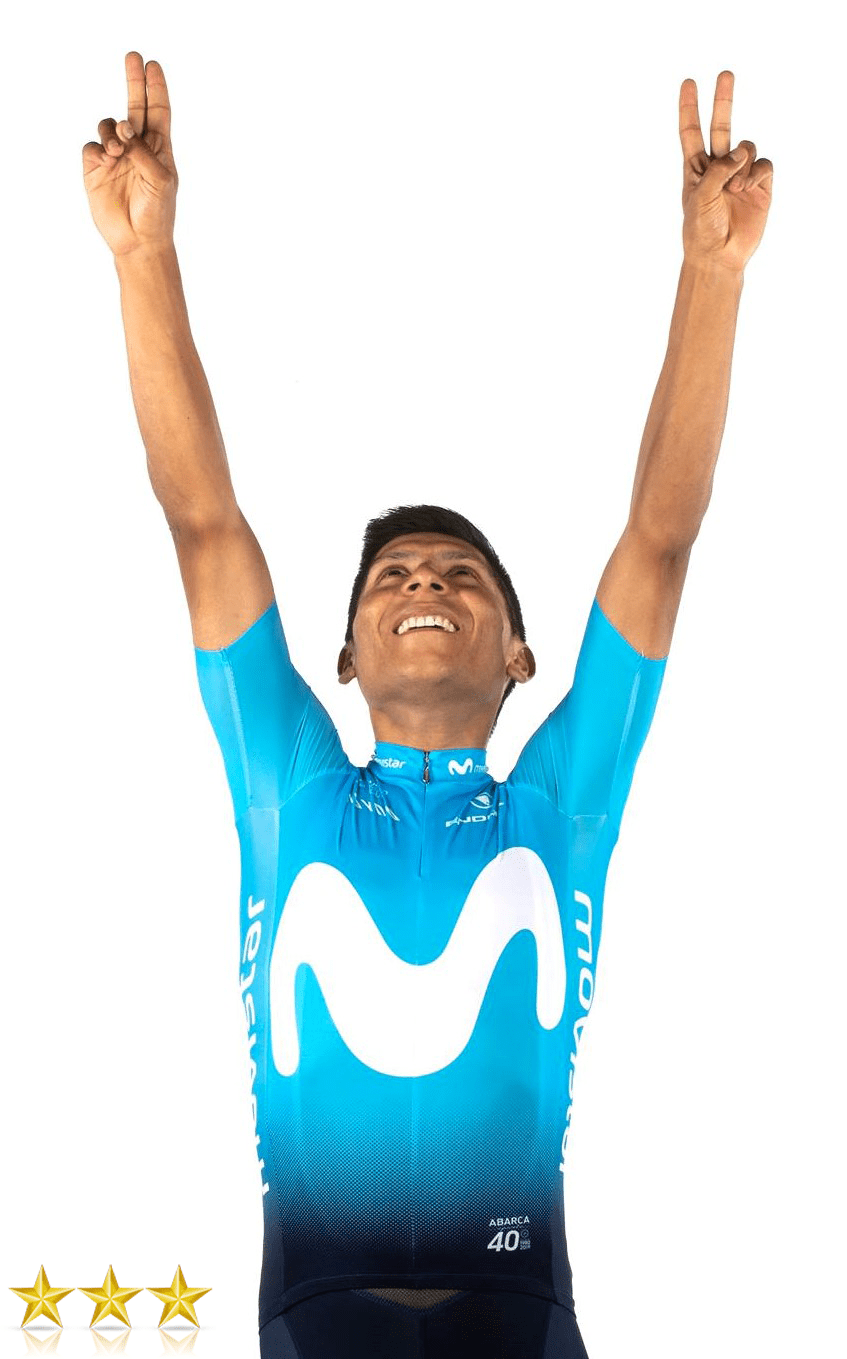 Australian team Mitchelton-Scott are yet to release their new jersey for 2019. We’ll be sure to update this post when they do. 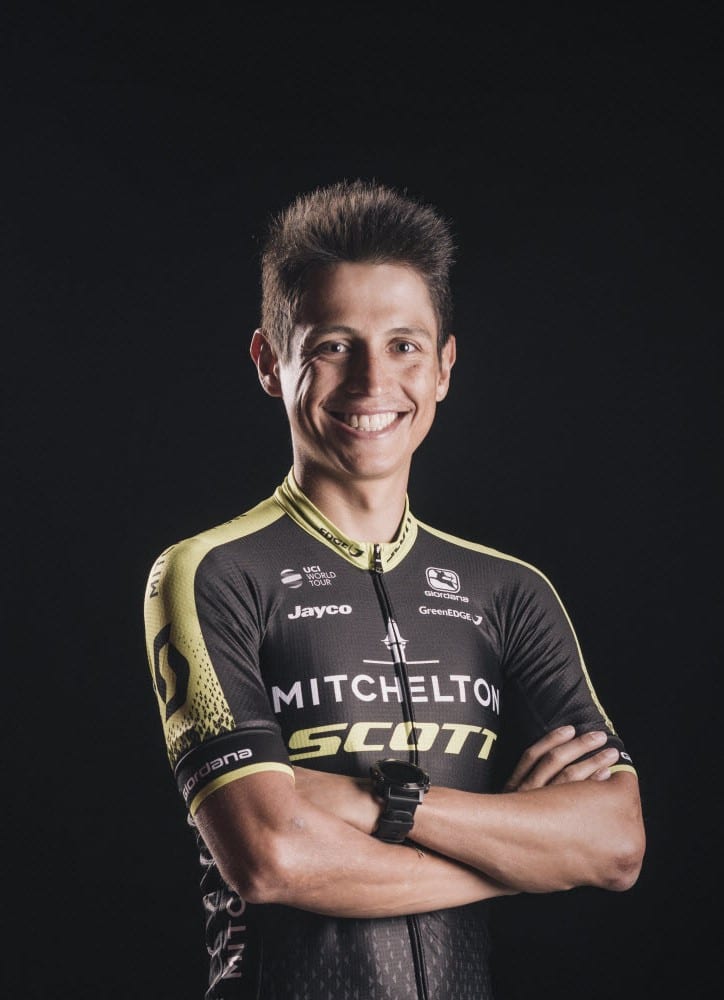 Yeah, it’s a no from us. Team Jumbo-Visma came close to nailing it but those purple bands on the yellow sleeves are pretty not great. Not forgetting the team will be riding celeste Bianchi bikes… It’s a difficult kit to love. 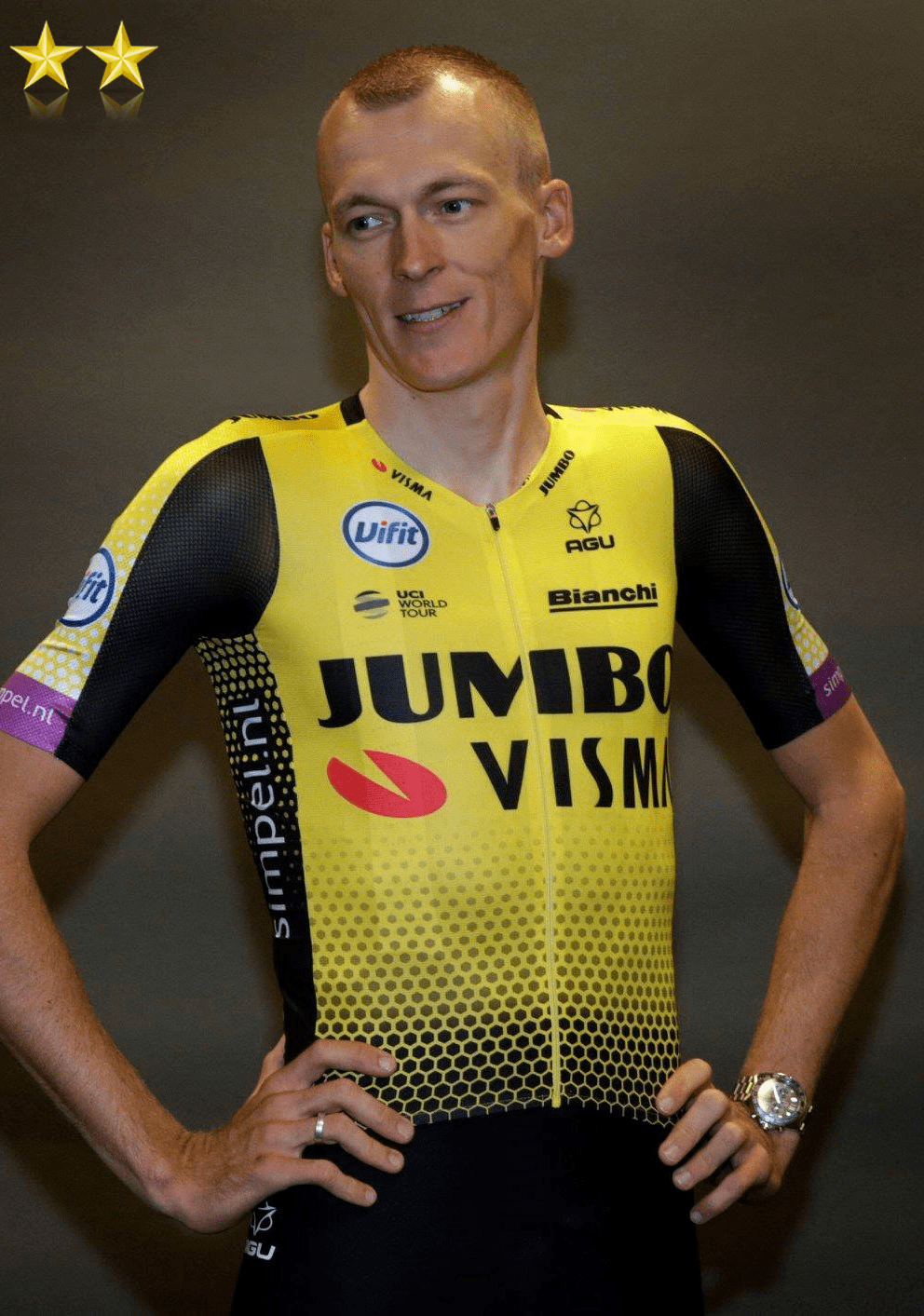 Team Sky and Castelli have done a complete 180 for 2019. In 2017 they were all black, in 2018 they switched to a white jersey and now they’re going back to a dark, albeit navy, jersey. Personally, we like it. This will be the last year that the team are sponsored by Sky but don’t expect the world’s best grand tour team to show any signs of slowing down. 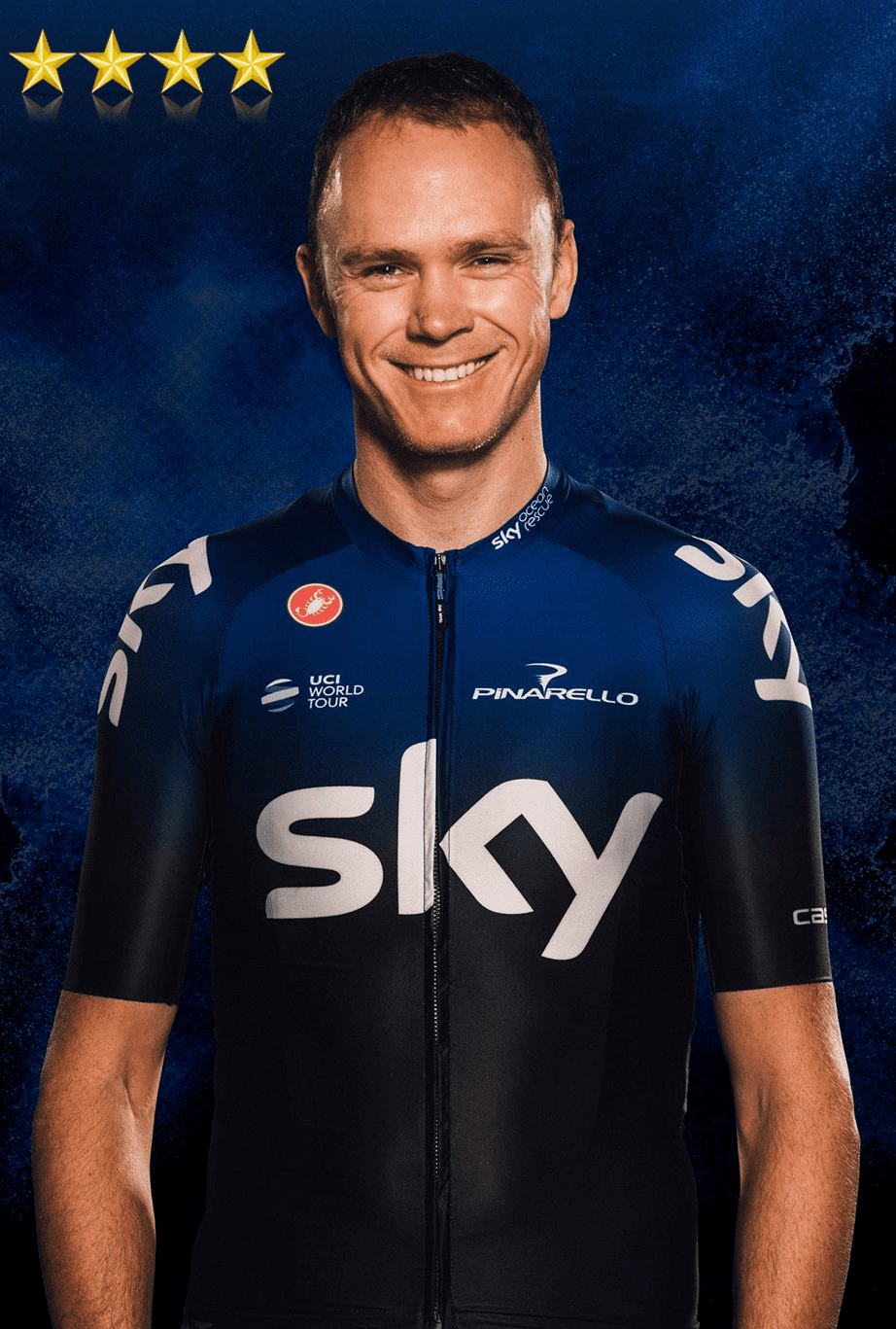 One of the biggest changes in the peloton this year will be Team Sunweb’s switch from a white and black kit to a red and white one. The new helmets and bikes are a bit futuristic but as far as the jersey and bib-shorts go, we think they’re great. The red really pops and helps the white sponsors logos to jump out. 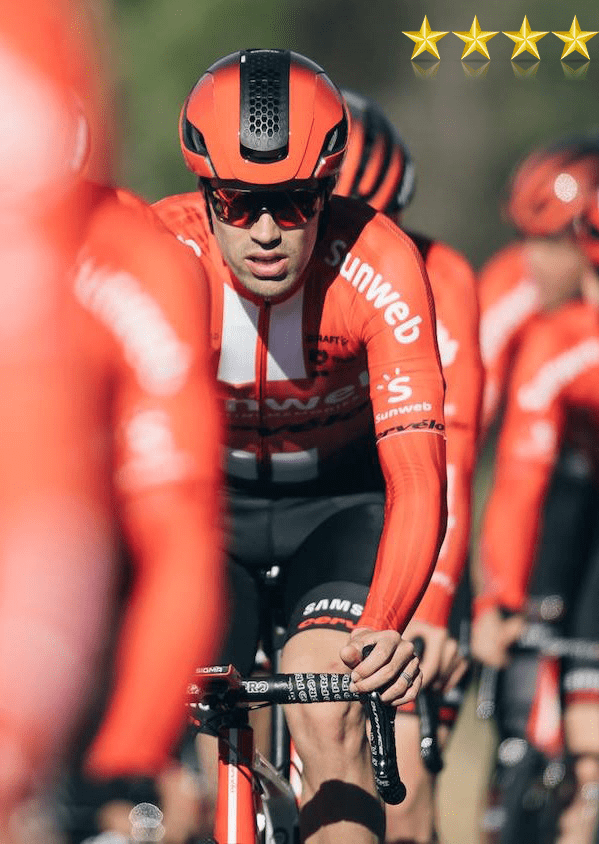 Santini always comes up trumps when designing Trek-Segafredo’s team kit. It just seems to get better and better every year. There’s no garish colours or sponsors, everything is in keeping with the red, white and black colours and clean design. The black inset sleeves are especially cool. If you’re looking for a new pro cycling kit for your training rides this year then look no further. 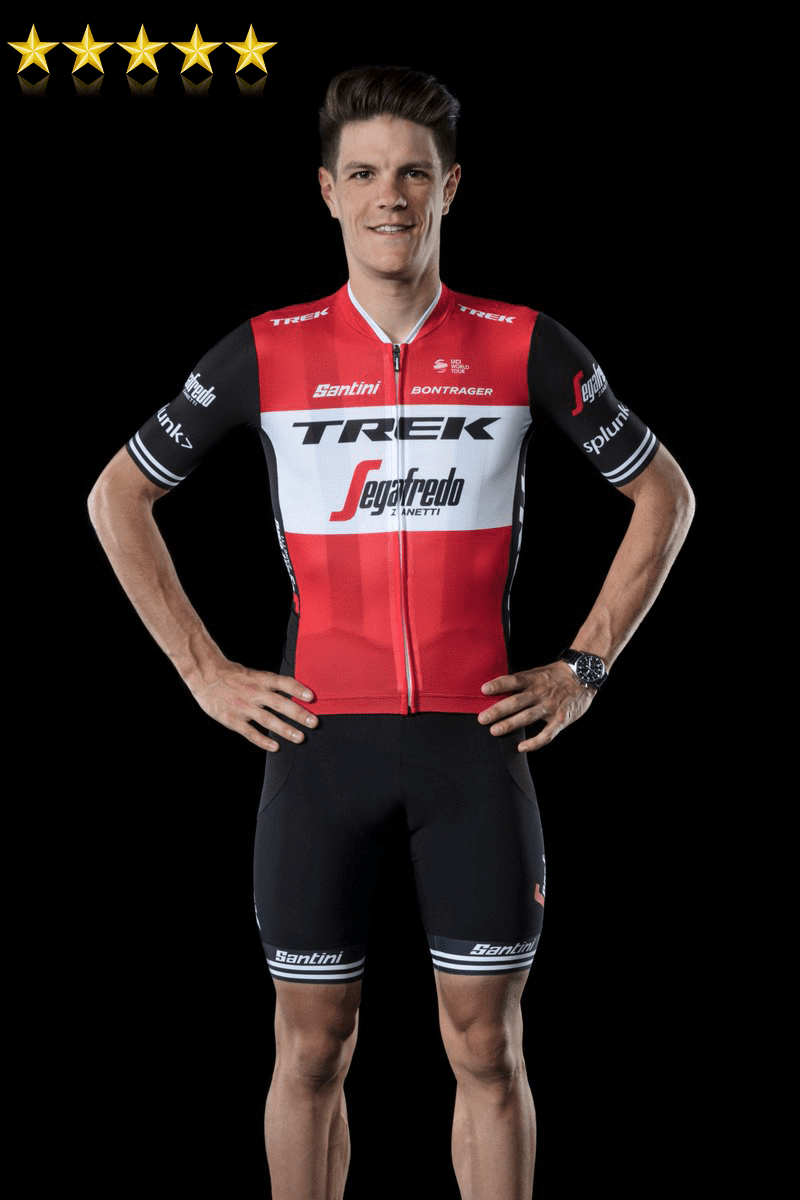 UAE have gone for more white on their jersey than last year and to honest, we’re not sure it works. Full credit for trying but the jersey just looks a little cluttered and messy. 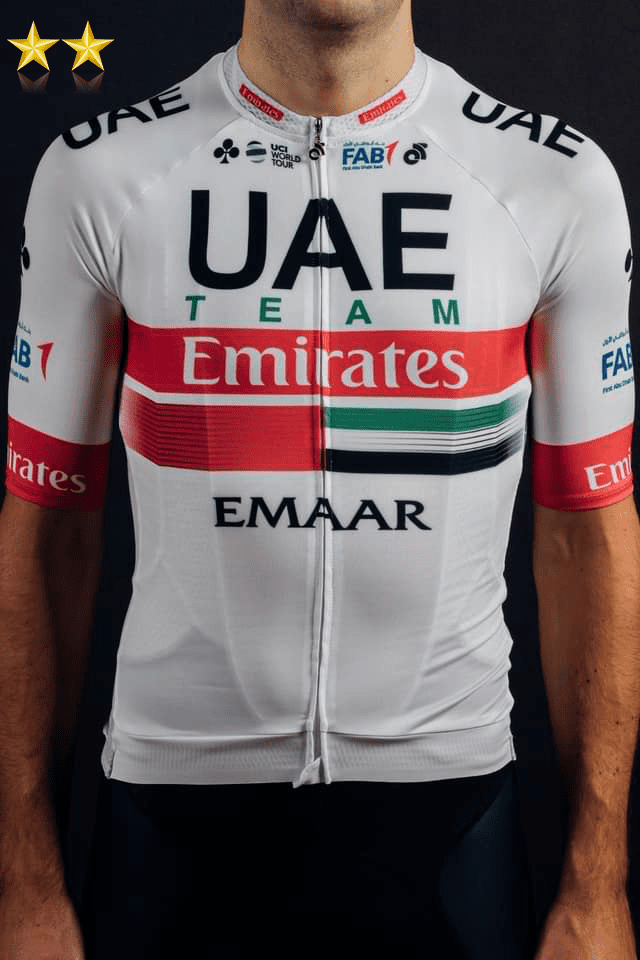 The Hell of the North: Paris-Roubaix

The History of Cycling at the Olympics

How to Improve your Fitness with Cycling