This weekend (30 April), is the San Diego edition of the legendary Belgian Waffle Ride. This year ProBikeKit are not only supporting the race series itself, but also the OpiCure Foundation Gravel Team (OPGT). In the run up to the event, we spoke with Cullen Easter, President and Founder of the OpiCure Foundation and member of the gravel team.

Now in its 11th edition, the Belgian Waffle Ride is a grueling test of ‘un-road’ endurance. A series of four events, the opening California race promises to be ‘dirtier and more entertaining than before’.  At 222 kilometers (137.4 miles), with 88kms (55.4 miles) of that off road, it seems difficult to argue that it’s going to be dirty!

The OPGT is made up of Griffin Easter, Cullen Easter, Sydney Berry and Lucie Kayser-Bril. Lucie is the OpiCure Foundation’s supported rider, with the events providing a test case for their concept. Griffin has been training hard, and is vying for a podium spot. Cullen, Sydney and Lucie are there to ‘survive and have fun’.

The OpiCure Foundation exists to raise awareness of opioid addiction, redefine best practices for recovery, and to devote resources to affect positive change in the Utah community and beyond. The concept for OpiCure came about from Cullen’s observations and experiences of the power of the bike to help people battle substance abuse. Now the foundation is aiming to break down the stigma of discussing opioid abuse and help those suffering overcome this, using big gravel events and cycling as a tool. The medical advisory board includes top addiction doctors and the cycling advisory board includes some of America’s top cycling names, Chris Horner and Howard Grotts to name but two. 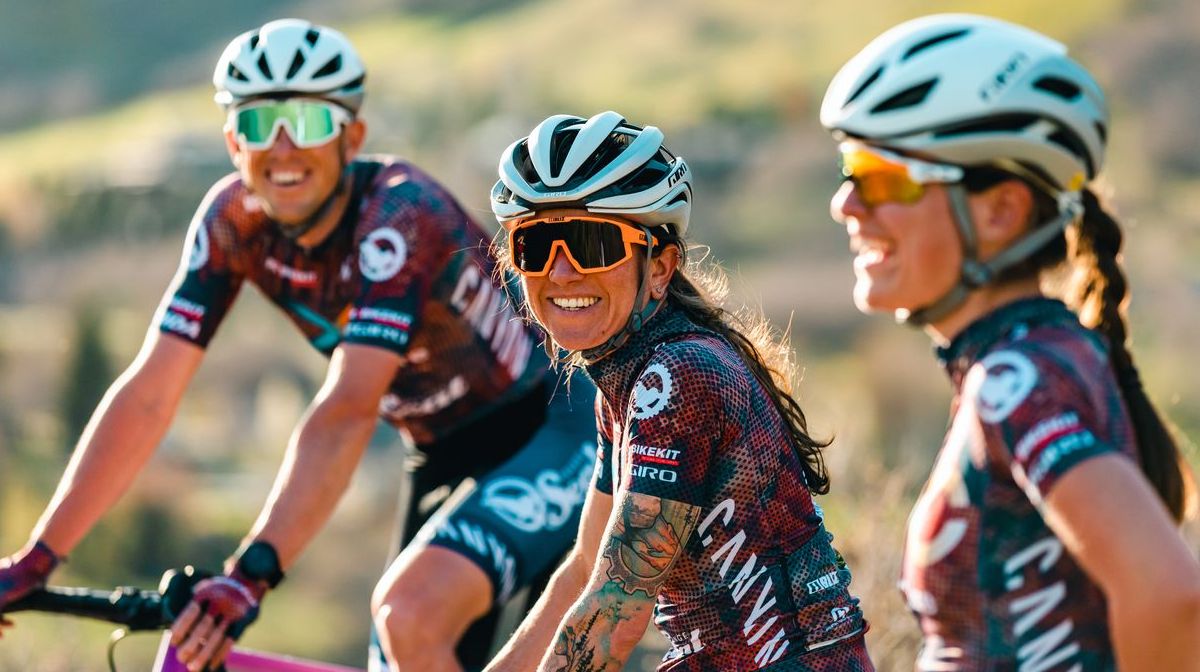 We spoke virtually with Cullen from his home in Salt Lake City, Utah, before him and fiancé, Sydney, headed down to San Diego. In terms of keeping himself busy, Cullen seems to manage. He’s a registered nurse, working in an emergency department’s level-one trauma center, racing and training as a professional road cyclist, and president and founder of the OpiCure Foundation.

After a life spent racing professionally, Cullen came to appreciate the beauty of Utah after competing in the Tour of Utah. In his adopted home, Cullen has now been working as a nurse for four years, the last two of those in the trauma unit. His first two years in nursing were in the area of substance abuse. Without a background in the field, Cullen took a job at the University of Utah’s Adult Detox Unit. Cullen added, (In the detox unit) “[we] meet people when they’re at their worst. We medically observe them for seven to eight days, before they go on to a more long-term treatment centre. I dove in head first, started learning everything I could about this field of medicine, and really ended up liking it. It’s one of the few areas of medicine, where you see someone come in at their worst and you get to see them get better.”

Cullen’s entrance into the professional world of adult detox coincided with the start of a tragic set of circumstances in his personal life. As he began to work with those suffering addiction, Cullen learned one of his cousins was battling a heroin addiction. “Seeing how it was affecting his family and our family, and just watching how Matt went from this goofy, fun, life and soul of the party person, to not being himself anymore. Eventually his family were communicating with our family that we’re almost at that point where it’s not if, it’s just a matter of when Matt overdoses or passes away. And he did. We got the call. Matt had gotten a bad batch of heroin and he passed away. It rocked everybody in our family. That was when I decided I wanted to make this experience not happen to other people.” 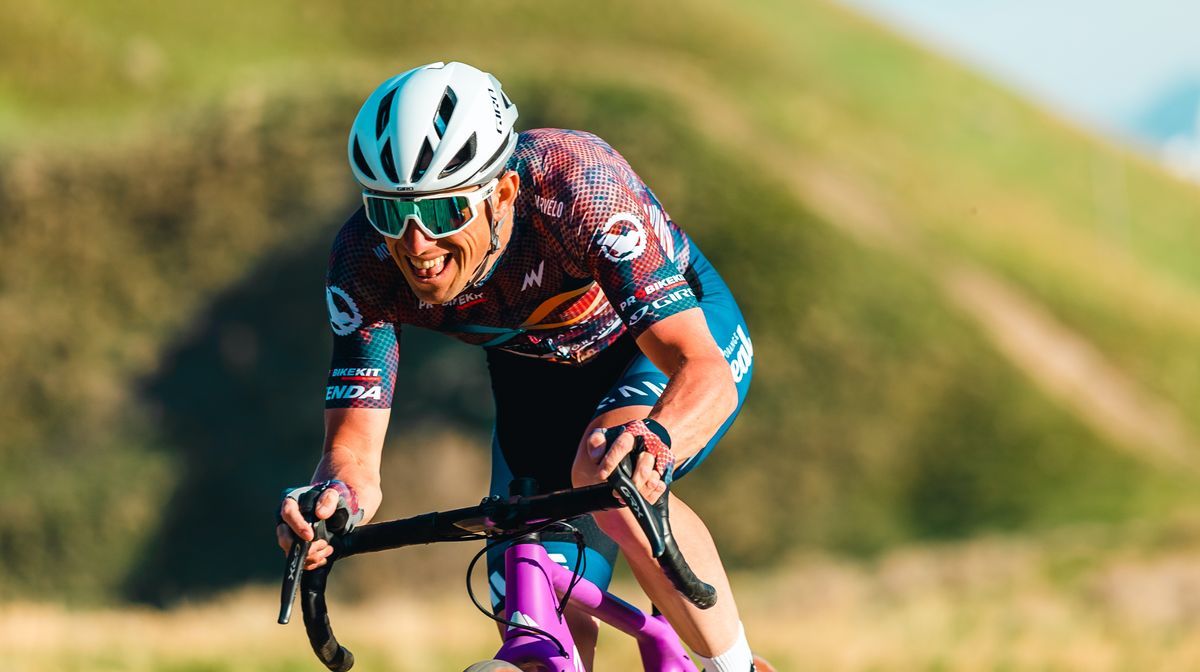 The OpiCure Foundation Is Born

When tasked with thinking of ways to make a difference to sufferers of substance abuse, as any self-respecting cyclist would, Cullen naturally came to the conclusion that “it’s got to be bike. I utilize the bike myself, I go to these amazing races, I get to connect with people all over the world, and it really helped me to build this healthy lifestyle. So I thought let’s use the bike. Let’s try and incorporate that into the recovery process. I got to work, I started to incorporate it into my treatment of patients in the detox unit.”

“I noticed that when I spoke with people about the bike, I’d ask people about cycling and they’d always say ‘that was one of my first forms of freedom as a kid, just riding about the neighbourhood’. I’d say, I imagine you weren’t using at that time?” and they’d respond “yer, I wasn’t using at that time, I wasn’t addicted to anything.” So I was able to learn quickly that not only was the bike a cool tool, but it connected to a positive time in peoples’ lives when they weren’t using. That was when I started to build out the idea and the OpiCure Foundation was born. We’re going to research incorporating the bike in the treatment and using it to help people overcome their addiction. Now we have developed a structured programme, to the point with our first test case in Lucie.” 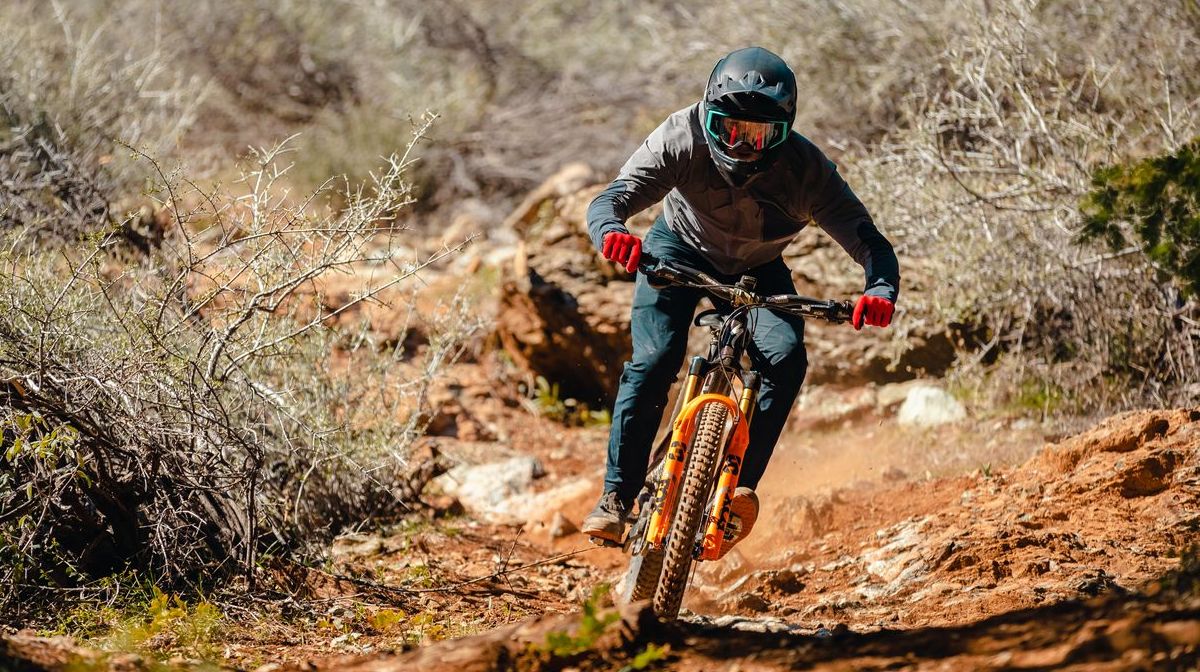 Lucie has a background in mountain biking and endurance events, so she is the perfect person to test the concept. Originally from France, Lucie moved to Park City, Utah, with her husband and two kids, to teach French at a middle school. Recently she was informed by her employer that they wouldn’t be renewing her visa and she’d have until June before she had to leave. “If there was ever a reason for someone with an addiction problem to relapse, this would be it” says Cullen. However, she went to the Mid South Gravel ride, a 100-mile race. Lucie says “it took about an hour to get outside of my head, but after that I was just free on the bike. She said whatever it is, it works. I made a choice not to use because of the bike provided, the support given to me, and the community.” For Cullen, “Lucie saying that it works was a really big moment for us.” Fortunately, and with the help the OpiCure Foundation, Lucie is in a better place now. She has a new job and her husband has received his green card, giving them more stability. 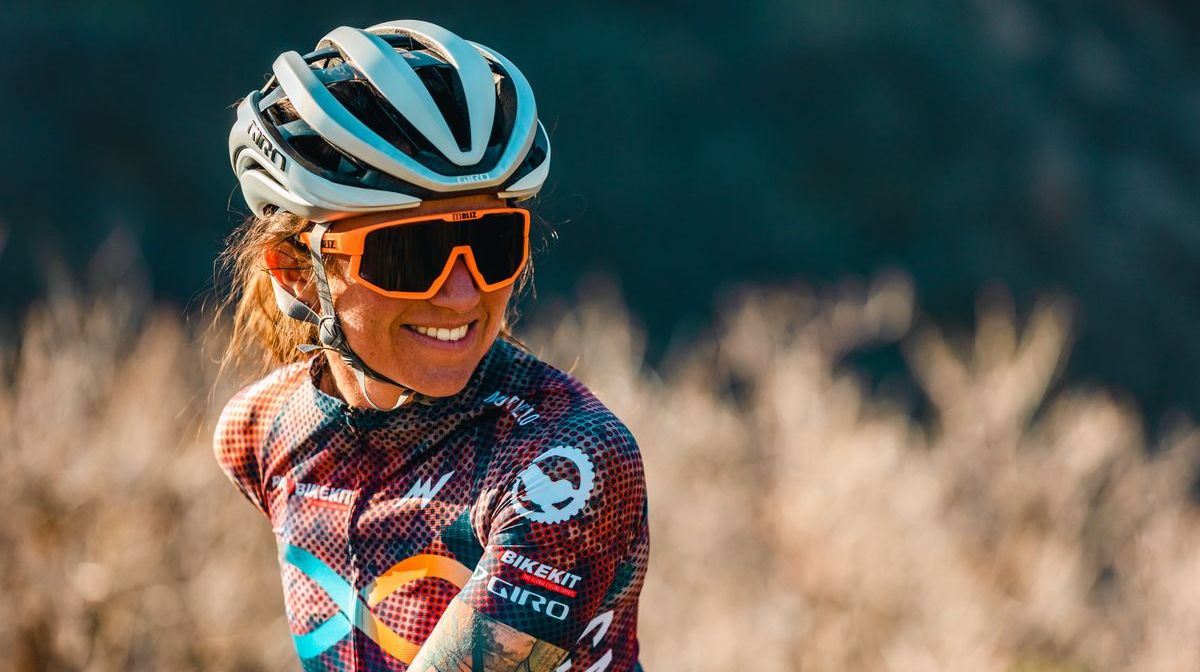 Lucie in her element

This weekend launches the team’s big endeavor. Griffin has been training hard in Tucson, Arizona and will by vying for a podium spot. For Cullen, Lucie and Sydney they’ve trained hard but are out there to have ‘fun and survive’. After the first race in California, the team will be competing again in BWR events in North Carolina, Cedar City and Kansas. While competing and racing hard, the ultimate aim for the team is “to connect with people at these events. We need to try and break down the stigma of talking about addiction, and show people that the bike can be a tool for treating people with addiction” says Cullen.

The final message Cullen wants to leave is that “this is something that can happen to anyone. Take Lucie for example, she wasn’t a drug addict, she didn’t start off that way. Some things happened in her life, and she went for an old bottle of prescription pain medicine. From there, the whole thing just spiraled. She’s a business professional, she’s a teacher, she’s got a husband and two kids. You might see and think there’s nothing wrong with her, but bubbling below the surface there’s something going on. We want to see people struggling with drug addiction be able to be treated properly.” 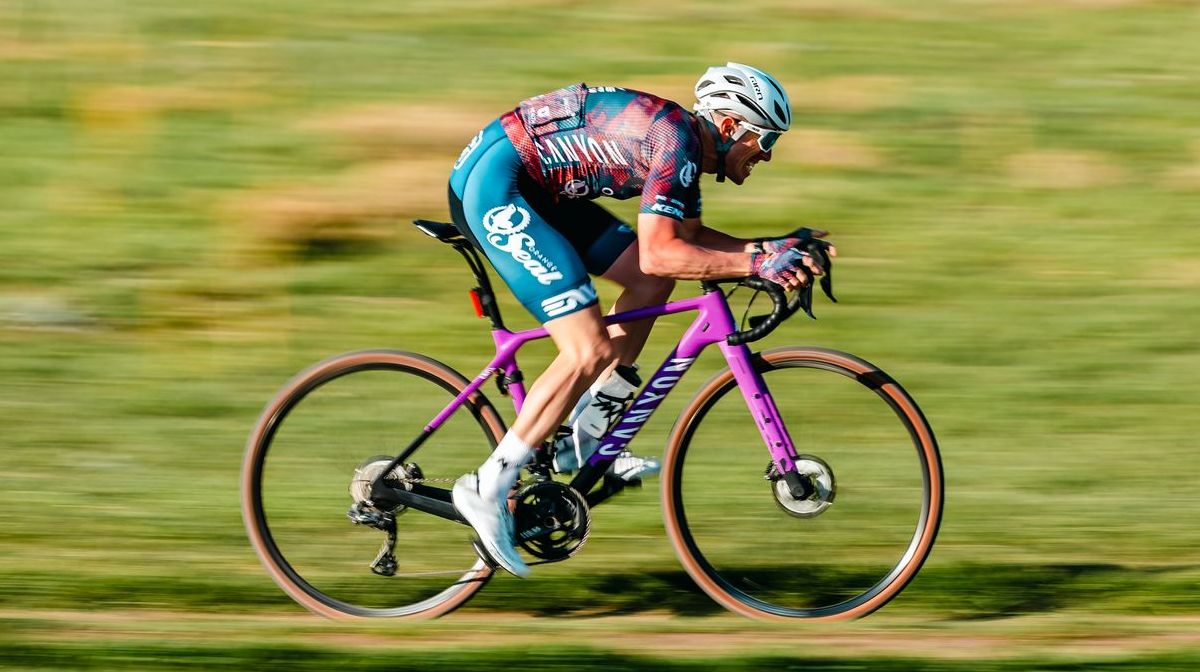 Cullen flying on his gravel bike

Pick Up a Pump This Winter