Fresh from his podium finish at the California edition of the Belgian Waffle Ride, we caught up with Griffin Easter, lead rider for the OpiCure Foundation Gravel Team. Speaking with us virtually from Tucson, Arizona, Griffin gives us an inside-the-bunch view on how the race unfolded, and some of the lessons he’s learnt since swapping road for gravel.

Griffin speaks with us before his 12-hour drive from Tucson to his home in Park City, Utah. Much like his brother, Cullen, Griffin felt the pull of Utah after racing the Tour of Utah and set up home in the mountains of Park City two years ago. Though not a sponsor of the OpiCure Foundation Gravel Team, we can’t help but think the Utah Tourism Board should be cutting the Easter brothers a cheque, as Griffin tells “he fell in love with the race [Tour of Utah], with the mountains and the terrain.” But, unlike his brother, Griffin is fortunate to be able to flock to the warmer climes of Arizona for the winter period. 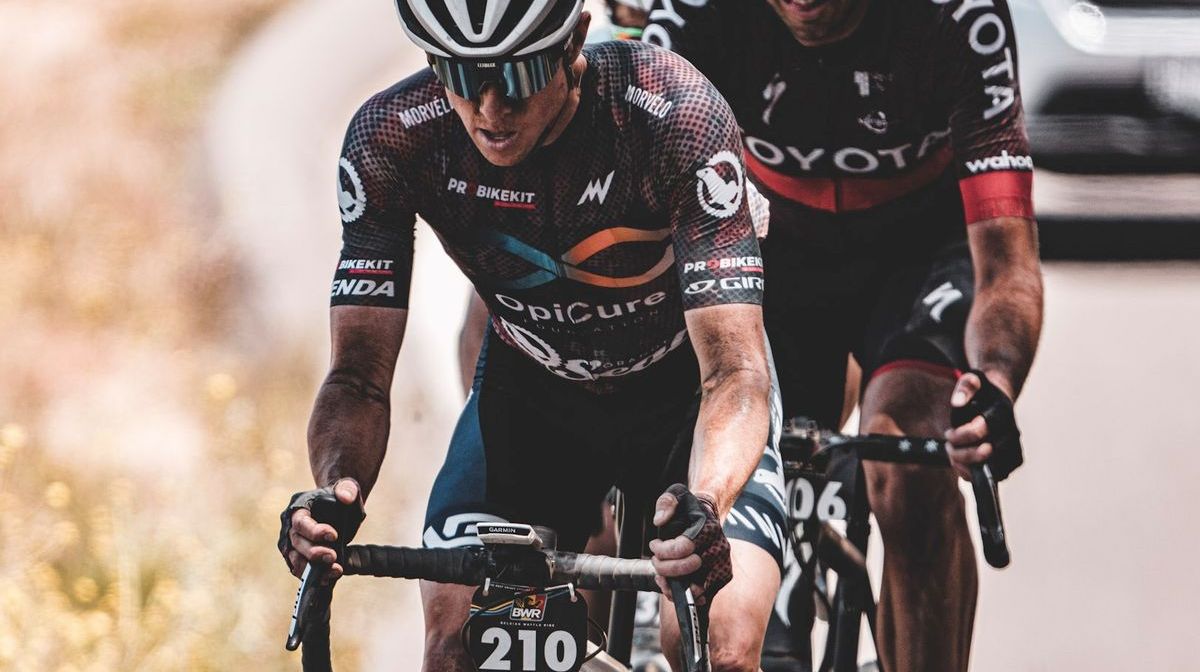 The Man On The Saddle

Griffin’s cycling background is in road racing. He attended Fort Lewis College, in Durango, Colorado — which is growing a reputation for becoming the finishing school for the US’s cycling elite. Since then, he has ridden and raced across the world, and is still on the roster for the domestic continental road squad, Team Illuminate. However, with the gravel calendar filling up, Griffin doesn’t envision spending much time fighting for position on tarmac this year. The luring siren of gravel is calling. 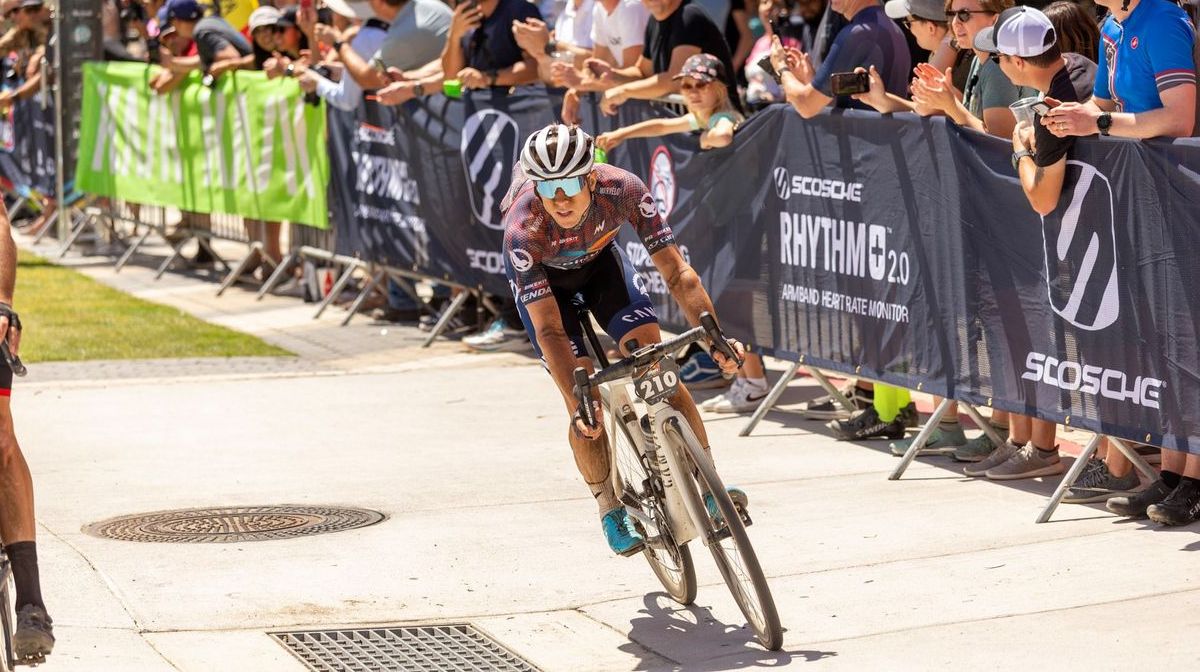 As a key partner of the Belgian Waffle Ride, naturally the opening race of the series was a key target for Griffin.  That being said, for your typical pro cyclist, Griffin spends his offseason in a relatively relaxed and unconventional fashion.  Alongside friend and fellow pro, Sofia Gomez, Griffin dons an apron and gets to work as a chocolatier, working for a Utah-based boutique purveyor of chocolate. It sounds like an enviable position to be in, and one we might need to be torn away from come the end of the offseason, but for Griffin the decision is easy, as he says “I love the chocolate, but I like riding my bike more.” For us, it’s less clear cut.

Since arriving in Tucson in early January, Griffin’s training has been all about building up to the opening BWR event. Occasionally, at PBK, we’re harshly reminded that there are many reasons we wouldn’t make it as a professional cyclist. Today’s lesson comes in the form of learning, not just that Griffin “in a big week [will] aim for about 500 miles”, but “in a lesser week it’s about 400 [miles]”. Yes, that’s right, four-hundred miles in a lesser week or as Griffin initially calls that a “rest week”. OK.

As well as ‘big training miles’ Griffin also competed in the 100-mile Mid South gravel ride. By his own admission, he tells us he “doesn’t have a vast experience in gravel racing … I’ve done about six or so events”, so to ride with “teammates Lucie [Kayser-Bril], Cullen and Sydney [Berry] was the perfect build up. It was fairly flat, but it was awesome and a really fun race.” 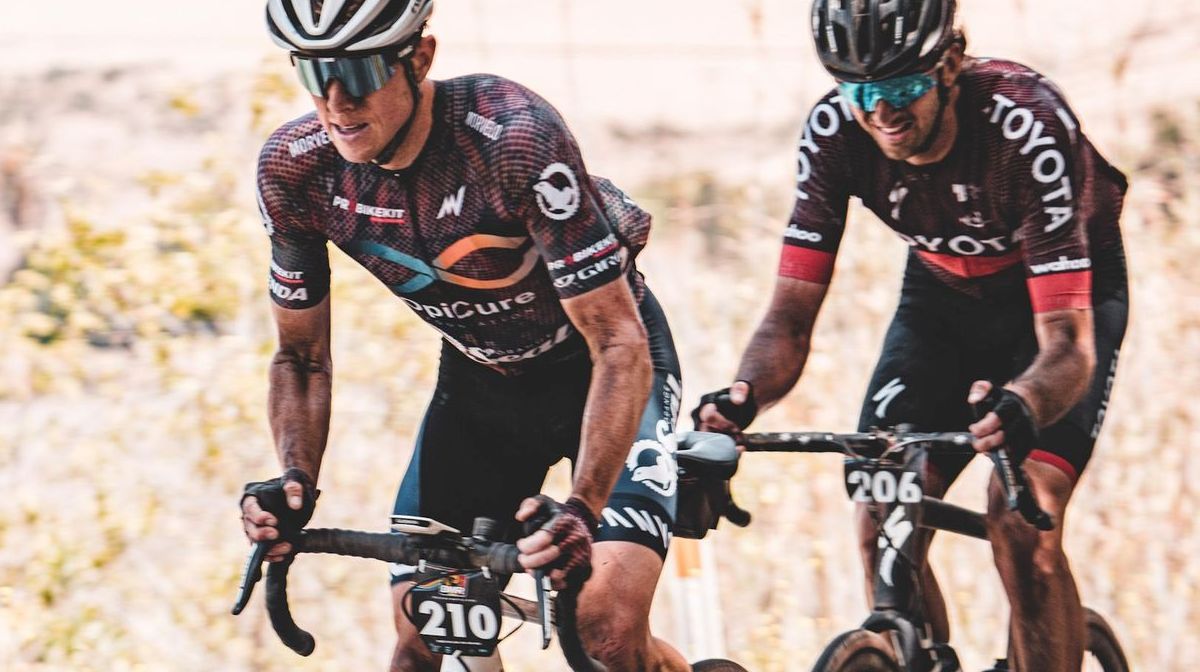 How the BWR Panned Out

Taking place over 137 miles (222km), combining road and gravel sections, merely completing the event for an experienced amateur is a feat. “It was such a cool race.” remembers Griffin, “there’s so many different layers to it, it’s got the roads, the climbing, the descents, the technical aspects, and it’s long!” he says far too enthusiastically for our liking.

In a change to the opening miles of this year’s event, to separate the wheat from the chaff early on, and in an attempt to make a safer race, the BWR organizers introduced a dirt climb in the opening miles. Griffin recalls this achieving its objective thanks to Matt Beers (Toyota-Specialized), the pro mountain bike champion from South Africa and eventual silver medalist for the day. Griffin recounts that “as soon as we hit that climb Matt just lit it up. I was doing all I could to hang on, but I made it to the top with the lead group.”

After the first climb — you don’t need Galileo to tell you — comes the descent of Double Peak, a twisty, gravel section. As the descent levels out around a reservoir on the other side of San Marcos, Griffin sees that “out in the distance there’s cones laid out for a U-turn, so people are starting to get a bit antsy. I thought this is probably a good time to start moving up. I did a bit of an acceleration to get into the top five going into the turn and from there it’s quite a long descent, over technical single track” says Griffin. 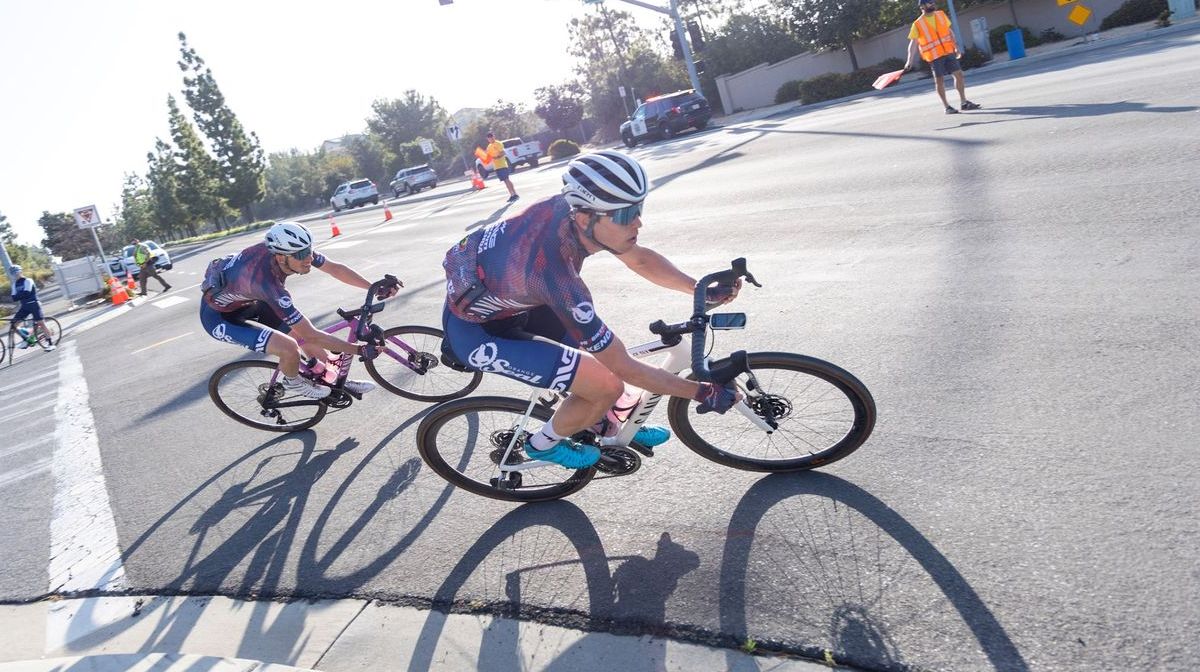 At about 40miles (70km) or so into the race comes the next key climb for the day, this one on the road. “By this time we had a real selection, I think we were down to about 20 people” says Griffin. Averaging more than 14mph (23kmh) up the 4-mile (7km) climb, it does not require one of the greatest scientific minds to explain how such a selection had been established. “From here,” Griffin recalls “we settled into a pretty good rhythm.”

Around this point, it was starting to show who’d woken up and had their cereal that morning. Griffin says “we were all taking pulls, but Alexey and Alex were taking monster turns! Then we hit another of the sandy bergs and Alexey started ripping it, again. There were poles on the side, there were no good lines, so it was just hoping the person in front of you was following a good line.”

After a quick cyclocross style dismount and limbo under a gate, the truly decisive moment of the race took place. Out of Bandy Canyon, a little over a 100 miles (170km) into the race, on a short road climb (just over half a mile or 1km), Alexy — once again — “just goes for it.” says Griffin, “it’s a super steep climb. He attacked and just floated away. Howes managed to go after him. Leaving me, Matt Beers and Eric Brunner. I didn’t have much in the tank by that point, so I kept it steady.”

From here there’s about 25 miles (40km) until the finish, with a few more dirt sectors to cover. Griffin and his trio worked cooperatively for a time, until the last testing terrain of the day, back up the Double-Peak or Dubbelburg, a further 4 mile (7km), dirt climb starting at a mind-blowing 124 miles (200km) into the race. By this point the extreme toll of the day’s racing is really starting to take hold. “Without ever really accelerating Eric dropped off our group and then it was down to me and Matt.” says Griffin.  At this point they heard via the neutral service that Alex Howes was only a minute up the road and seemed to be slowing down. Spurred on, Griffin and Matt began the process of reeling the WorldTour contender back.

Back in contact with Alex, as a trio, “we nuked it down the last major descent, but kept it together.” Coming into the final, is unfortunately where Griffin’s lack of homework came into play. “What I didn’t realize coming into the finish was that it was turned into a cyclocross style finish. There were tight barriers lining the run in so that the order we entered was how it finished.”

After 137 miles of racing, Griffin rolled across the line behind Matt Beers to take third. Alex Vermulen took the top spot on the podium. Of course, Griffin “was stoked at the finish. It was a great experience.”

We’ll next be seeing Griffin race at Pete Stetina’s Paydirt in Carson City on 21 May, Unbound on June 04, and then BWR on June 11 in North Carolina. 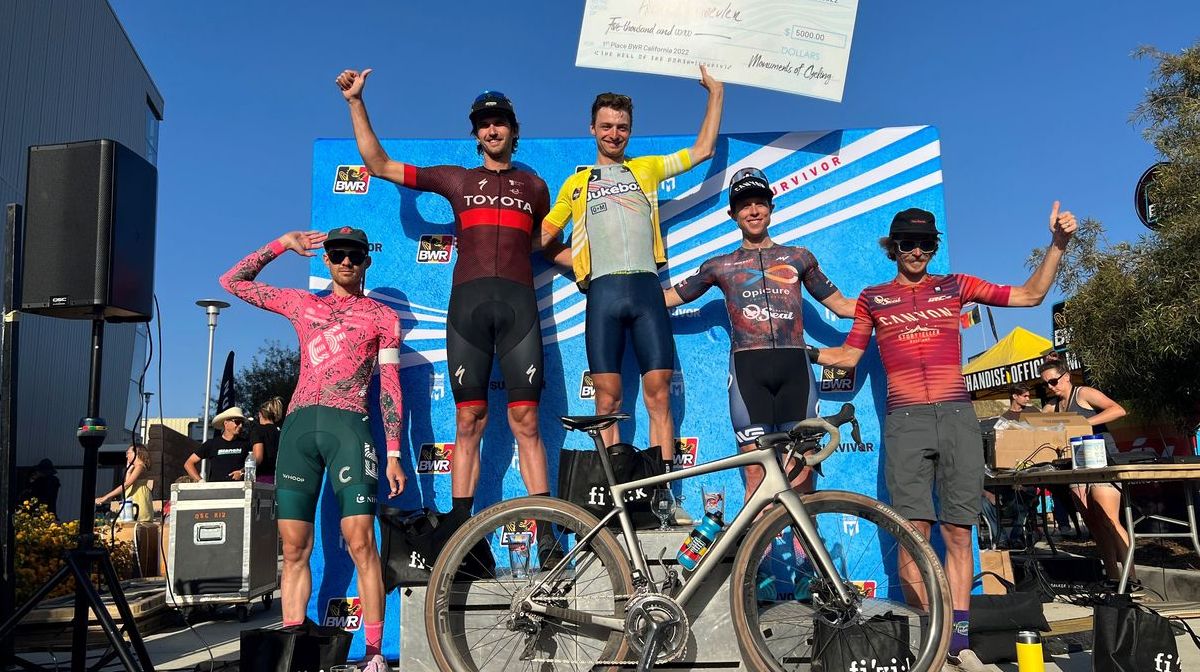 “What’s new for me this year is the OpiCure Foundation.” says Griffin, who is keen to iterate the importance of the foundation to him personally.  “We’ve been working on it for three years, so it’s exciting to see it taking shape how we wanted it to this year. Lucie Kayser-Bril [the team’s sponsored rider] completed BWR, which was amazing. It was such an emotional moment to see her come through. It was so powerful. She said exactly the same thing when she came over the line ‘the bike just works’.” Griffin finishes.

PBK Abroad – Our Guy in Valencia

Track Cycling: Men's and Women's Sprint, PBK's Ones to Watch