Since the transfer window opened on August 1st, UCI WorldTour teams have been announcing which riders they’ve signed for 2018.  That young up-and-coming talent, a respected domestique, one of the sport’s classics specialists or even a grand tour contender, teams are eager to shout out about who they’ve secured for next season.

Below is a comprehensive breakdown of the latest World Tour cycling transfer news and analysis of which riders are staying put and which are headed elsewhere in 2018.

Ag2r’s grand tour leader and France’s next big hope for overall victory in La Grande Boucle, Romain Bardet, has renewed his contract with the team until the end of 2020. Big name signings include the ever consistent and often exciting Frenchman Tony Gallopin, as well as Swiss road race champion and winner at stage 6 of this year’s Giro d’Italia, Silvain Dillier. 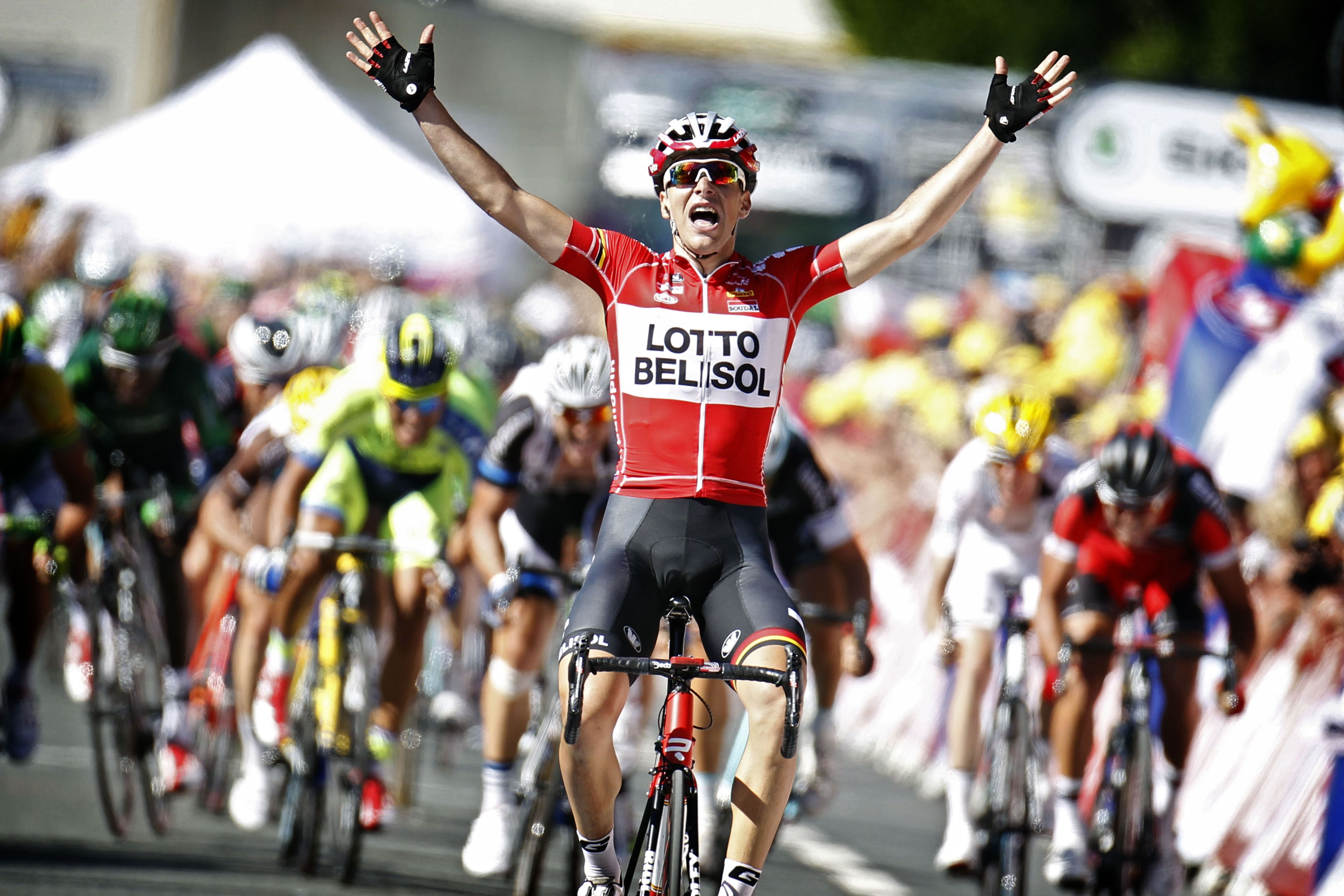 The Kazak team has retained some of their strongest riders going into the 2018 season. Jakob Fuglsang and Luis Leon Sanchez have renewed their contracts while star riders from the Vuelta, Alexey Lutsenko and Miguel Angel Lopez, still have another year left on their current contracts. New signings include the talented young sprinter Magnus Cort Nielsen and mountain classification winner from the Vuelta a Espana, Davide Villella. Trek-Segafredo has shifted their attention to Geraint Thomas as talks with Fabio Aru have fallen short due to his demands for a three million Euro salary. It was announced October 17th that Aru will be leaving Astana as he has signed for UAE Team Emirates. 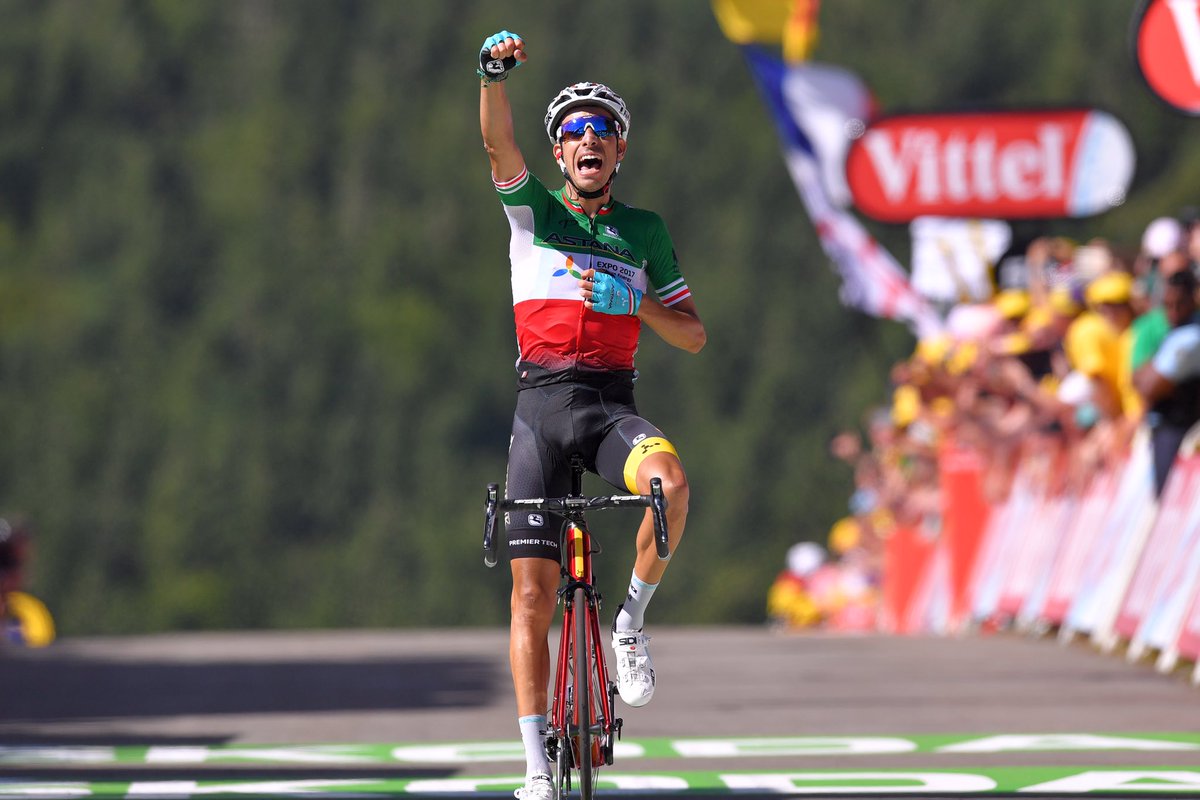 In their first season, Bahrain Merida amassed a total of twelve victories, with seven of those split between star riders Vincenzo Nibali and Sonny Colbrelli. No doubt the team will be very happy to have re-signed both riders until the end of 2019. New signings include junior and U23 world road race champion Matej Mohoric and the diminutive Italian climber, Dominico Pozzovivo.

Simon Gerrans has decided to move to BMC for 2018 after a quiet season, at 37 you’d be forgiven for thinking he was in the twilight years of his career, but don’t count out the experienced Australian just yet. With stage wins in every grand tour and victories in Milan-San Remo and Liege-Bastogne-Liege he could be an extremely profitable signing. After another outstanding season that sees Greg Van Avermaet top the UCI WorldTour individual rider standings, the American squad will be happy that his contract runs through until the end of 2018. 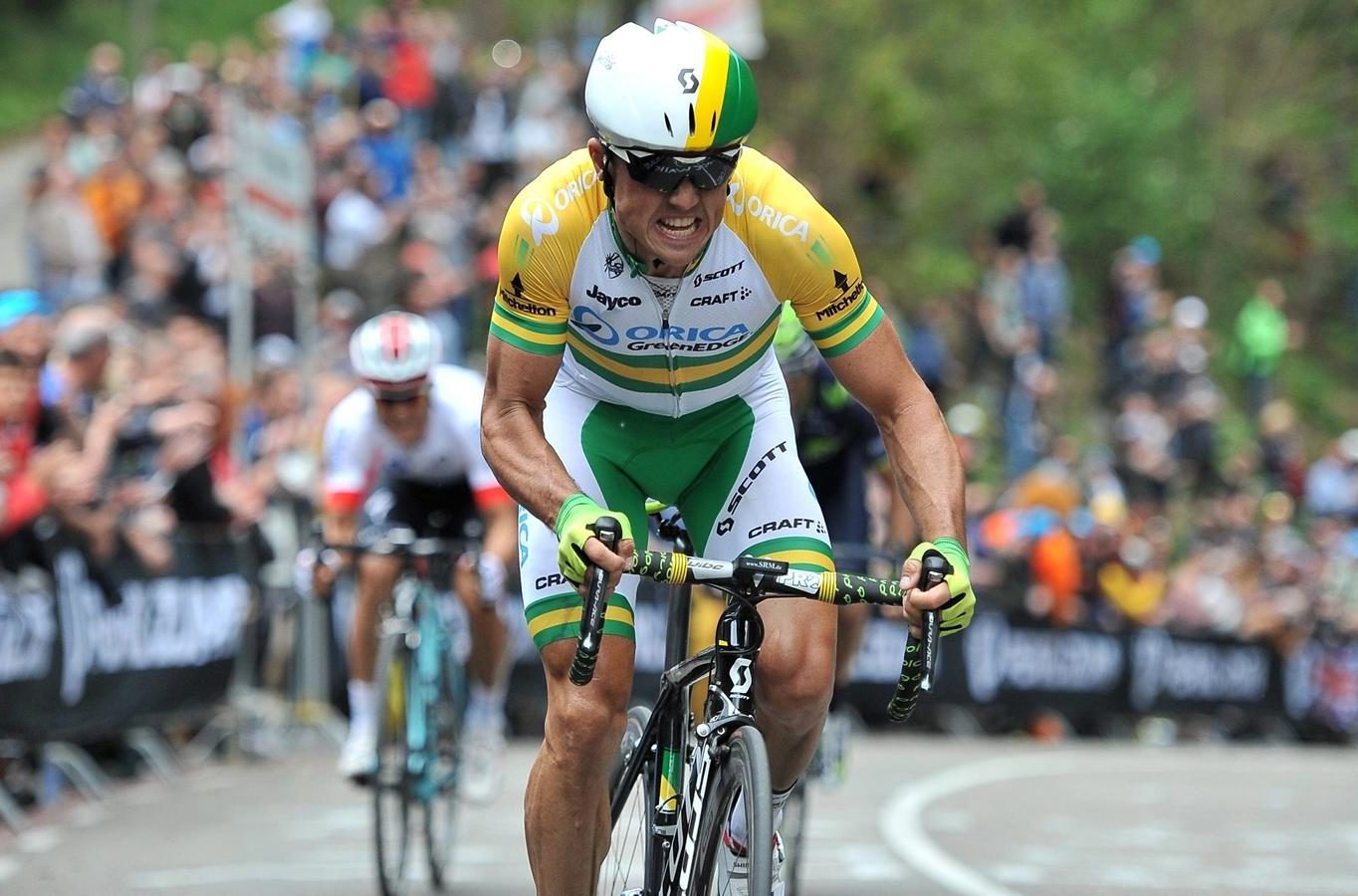 Notable signings by Bora-Hansgrohe include Daniel Oss and Peter Kennaugh while three-time world road race champion and all-around cycling phenomenon, Peter Sagan, will remain with the German team until the end of 2019. 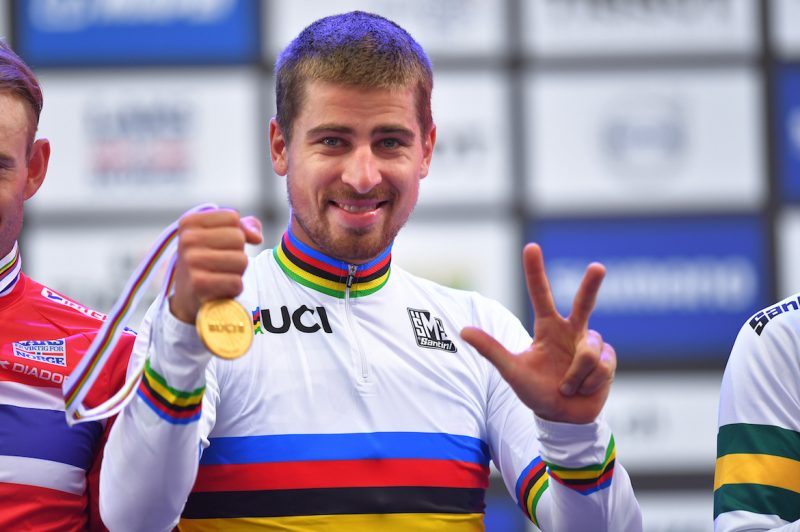 I’ll be honest when Cannondale-Drapac announced they needed to find $7 million USD in just two weeks to save the team I was doubtful of their chances of survival. Unexpectedly, Slipstream managed to secure the necessary fund’s thanks to a combination of crowdfunding and the backing of EF, leaders in international education. It’s no shock to see many riders jumped ship when the team announced their future was uncertain. Despite this the American squad have retained Columbian superstar Rigoberto Uran (until the end of 2020) and have signed the talented British sprinter Dan McLay. 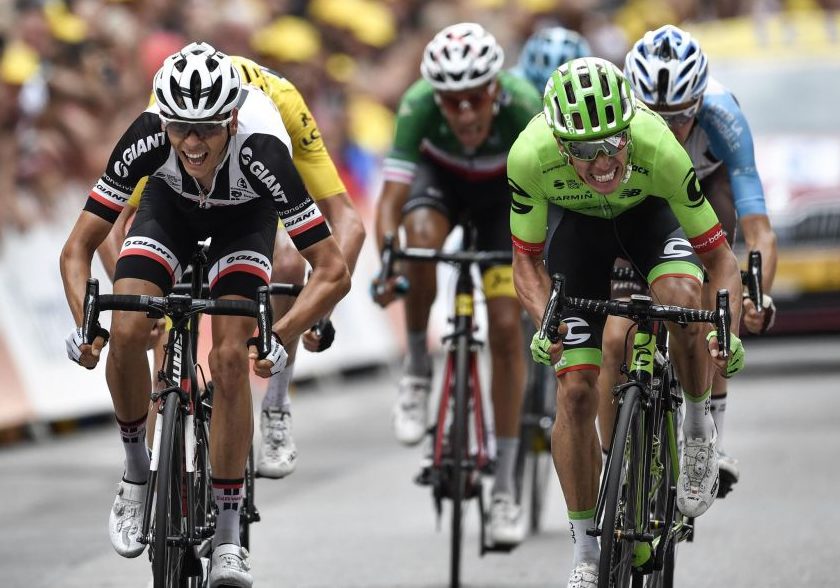 Double British national champion Steve Cummings and sprint specialist Mark Cavendish will remain with the South African squad until the end of 2018. New signings include the talented young British rider Scott Davies and Julien Vermote, best known for his ability to sit on the front of a peloton and real in a breakaway for hour after hour, hence the nickname, Julien ‘Vermotor’. 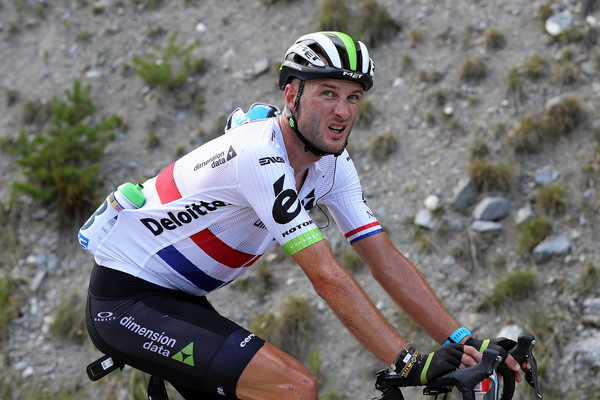 Much like Ag2r La Mondiale, FDJ will have a predominantly French line-up in 2018. New signings include four French riders and Dutch road race champion Ramon Sinkeldam. I’m sure cycling fans throughout the Nederlands will hope FDJ will provide Sinkeldam with a more recognisable national champions jersey than Team Sunweb did. If the jersey worn by Arnaud Demare, who remains with the team, is anything to go by then Sinkeldam should be in luck. 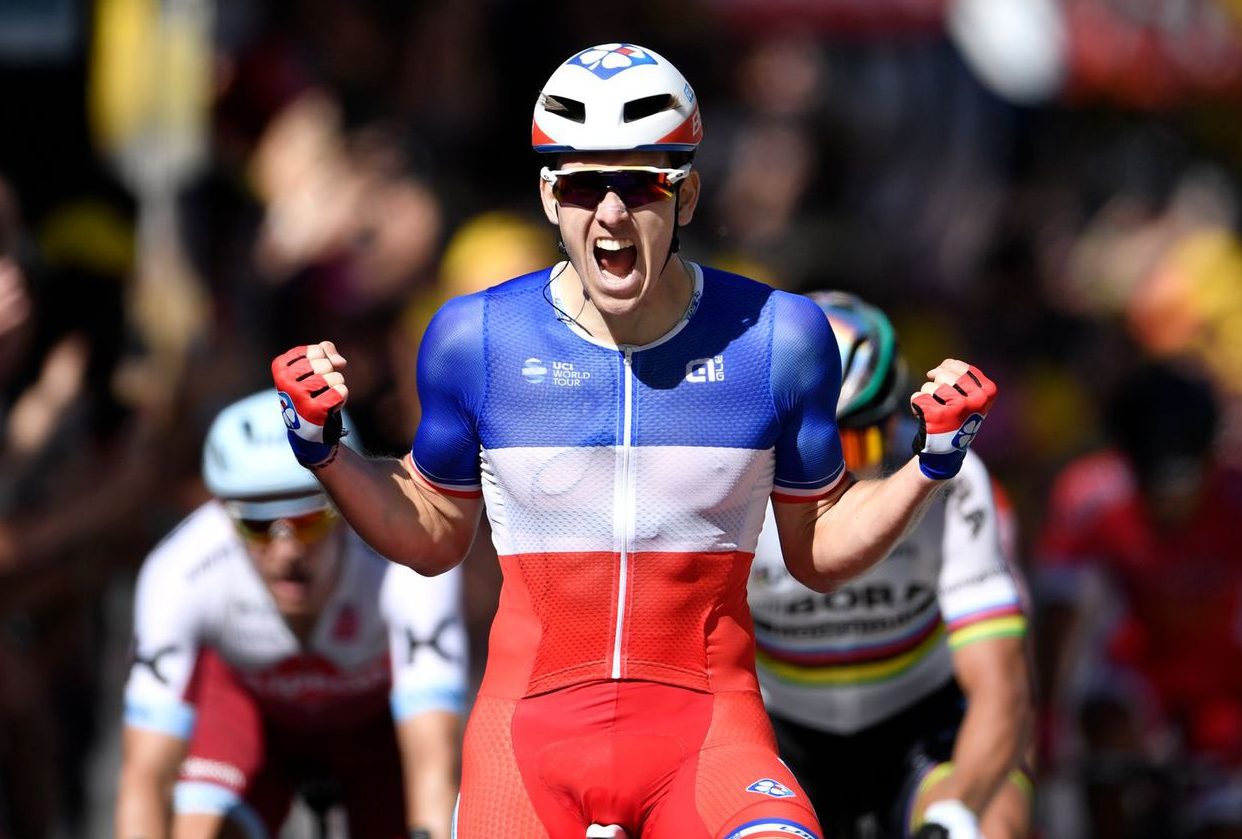 Sprint powerhouse Marcel Kittel has made the move to the German team Katusha-Alpecin for 2018. It appears on paper to be the perfect move for Kittel given that both he and the team share the same nationality and one of the title sponsors is a shampoo company. It’s also worth noting the signing of the young Belgian talent Steff Crass who is stepping up to the WorldTour after top 5 GC results in the Tour de l’Avenir, Ronde de l’Isard and Tour Alsace this year. 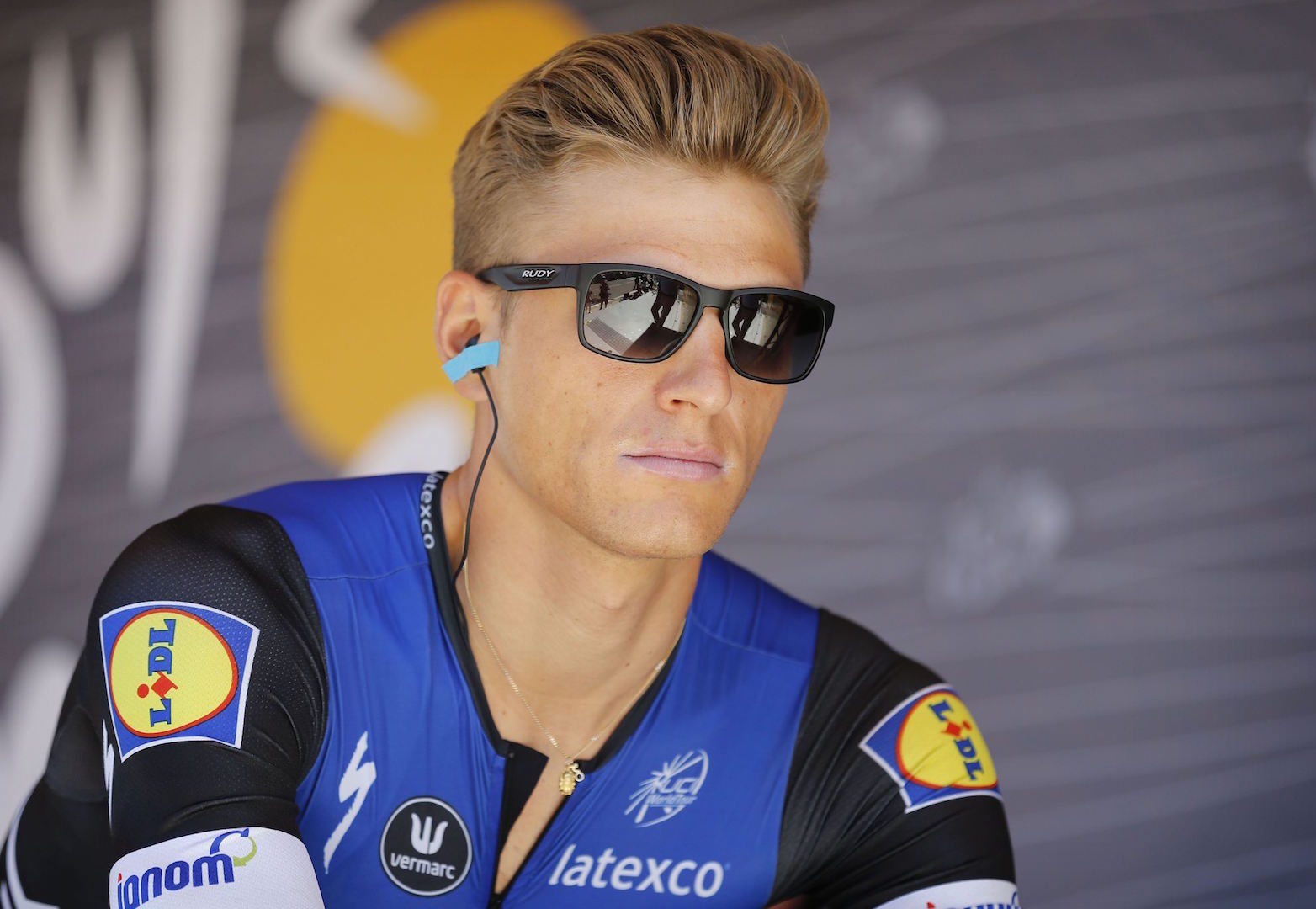 Two of LottoNL-Jumbo’s strongest riders; Dylan Groenewegen and Primoz Roglic, remain with the team until the end of next season. The Dutch team will no doubt be hoping their two-star riders can repeat their success in 2018. 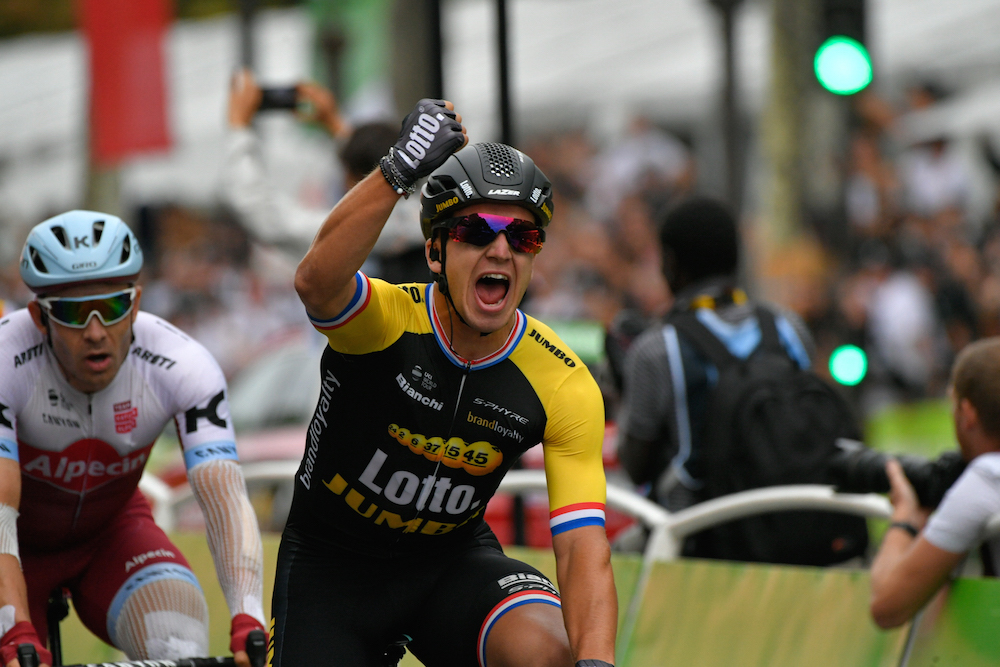 By their own standards, Lotto-Soudal has had a poor season, to say their classics campaign was sparse would be an understatement. They came out of spring empty-handed, which for a Belgian team, is nothing short of sacrilegious. Clearly, the team aim to resolve this next season as they’ve signed dependable classics rider Jens Keukeleire. They’ve also snapped up brother to Oliver Naesen, Lawrence Naesen, who won 3 races this year. Prior to one race in 2017, he was given number 1 to pin to his jersey, he posted a photo of it to his Instagram with the caption “I am number 1”. After the race, which he won, he added a photo of some flowers from the podium with the caption “told you I’m number 1”. He’s certainly confident, but given his talent and potential, it’s no surprise. 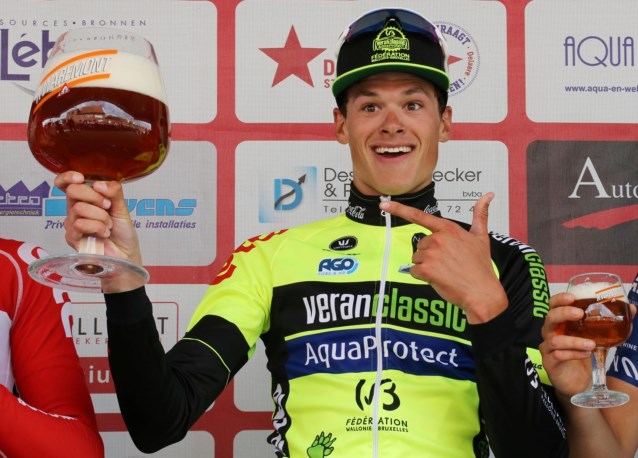 Arguably one of the biggest pieces of transfer news is Mikel Landa’s move to Movistar from Team Sky. The Spaniard rode at the service of Chris Froome in this year’s Tour de France but there were certainly flashbacks to the drama we saw in the 2012 Tour. A few subtle signs of treason appeared and reared their ugly head again. It’ll certainly be exciting to see Landa go head to head with Froome in 2018 if Movistar opts for Landa over Quintana. 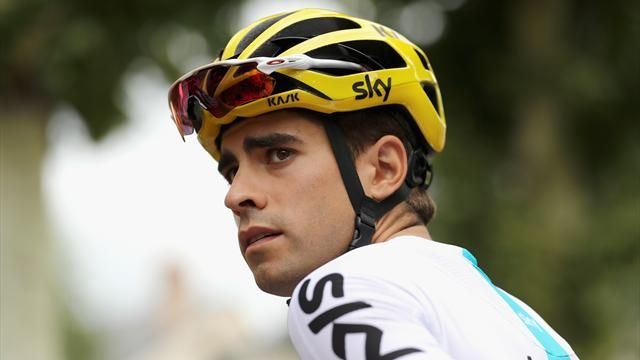 It’ll be interesting to see how Mikel Nieve will fit into the Orica-Scott squad, much like Mikel Landa I expect he’d like a leadership role at a grand tour, having ridden at the service of others for the last four years at Team Sky. With riders such as the Yates brothers, Esteban Chaves and the young Jack Haig already in the team’s roster, selections for the biggest stage races of the year could prove tricky. Matteo Trentin who won four stages at the Vuelta this year, as well as GP Impanis-Van Petegem and Paris-Tours, will no doubt prove to be a fantastic signing. 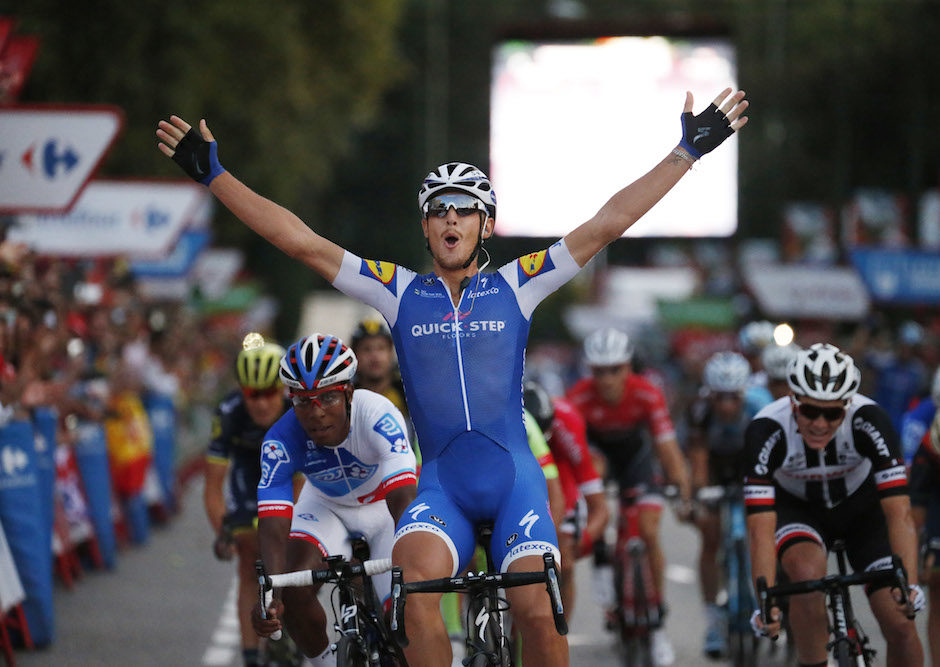 The strength in depth at Quick-Step Floors is borderline terrifying. It’s no wonder they’re ranked number 1 in the UCI WorldTour team rankings, given that they won no less than 52 races this season. Elia Viviani has stepped in to replace Marcel Kittel while new signings also included the talented young duo of Fabio Jakobsen and James Knox. Notable renewals include, well, every single rider that has renewed their contract. Specifically though, the Belgian champion Philippe Gilbert, Fernando Gaviria and Julian Alaphilippe. 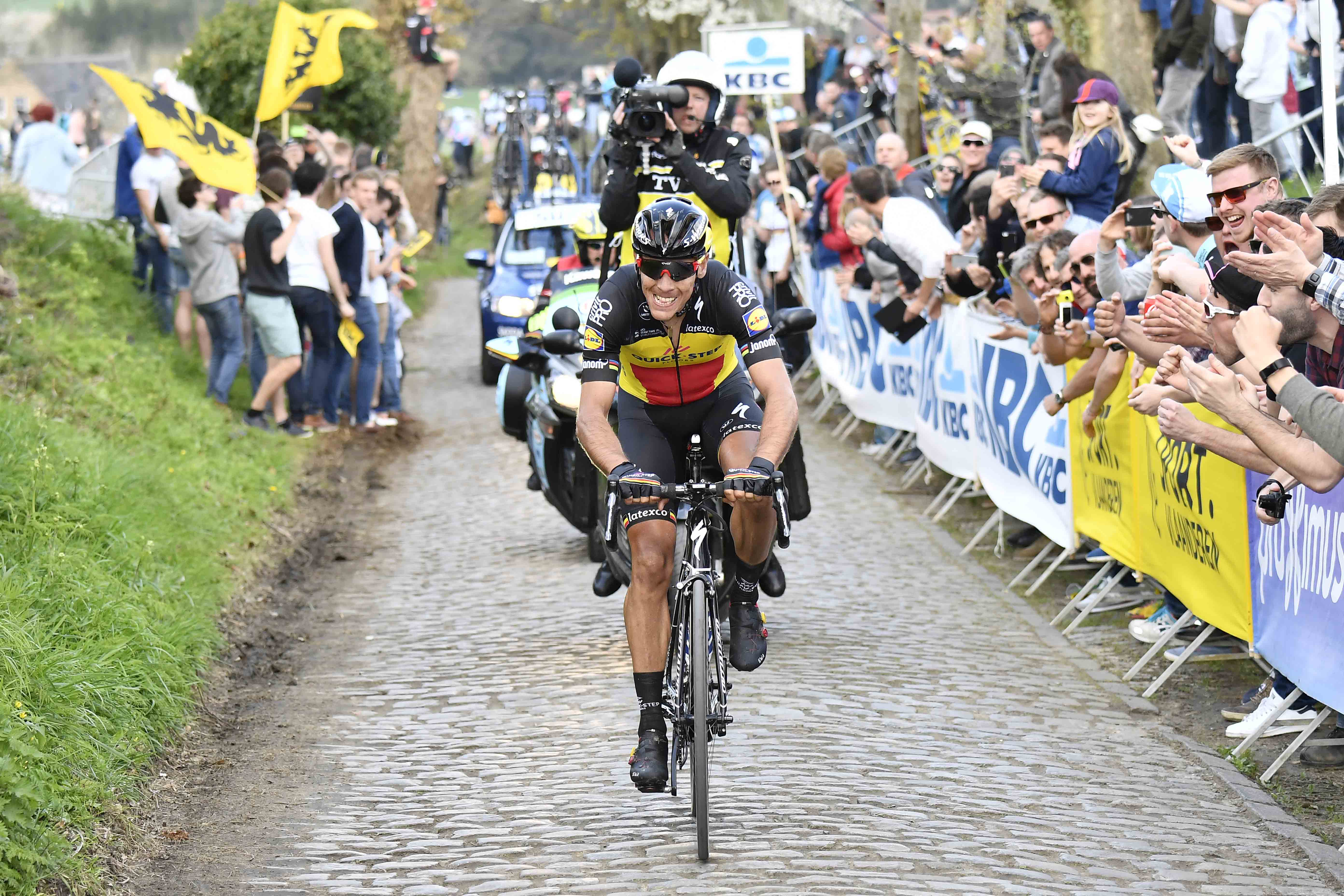 The signing of four of the seven-stage winners from this year’s Tour de l’Avenir, including the overall winner, shows that Team Sky are heavily invested in developing the best young talents in the sport. Their approach doesn’t work for every rider but you can be sure at least a couple of their new riders stepping out of the U23 ranks will develop into some of the world’s best cyclists. Four-time Tour de France winner Chris Froome will remain with the team until the end of 2020. Team Sunweb have snapped up Australian talents Jai Hindley and Michael Storer straight out of the Continental ranks. The Giro d’Italia winner and new world champion in the individual time trial, Tom Dumoulin, will remain with Team Sunweb all the way through to 2021. 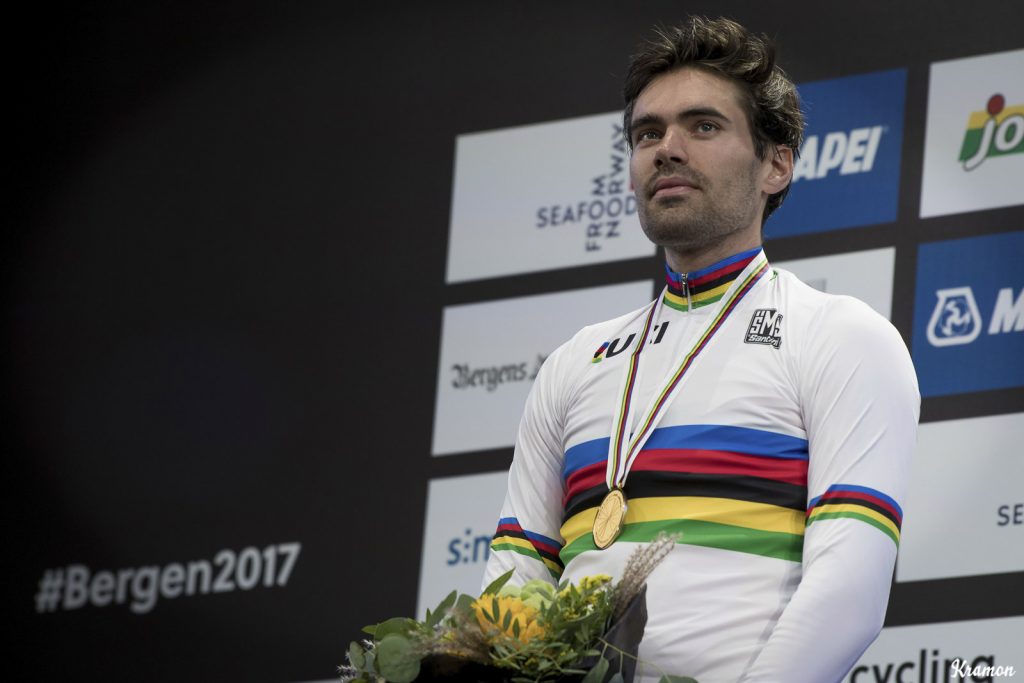 Love him or hate him you can’t help but be disappointed by the news of Alberto Contador’s retirement from professional cycling at the end of this season. He is, or should I say was, potentially the most animated and aggressive rider the sport has ever seen, especially in the mountains. Finding a replacement grand tour GC rider is proving difficult, there are rumours that Trek-Segafredo are targeting Geraint Thomas, which would certainly make for an interesting transfer. The signing of Irish road and time trial national champion is a very smart one as Ryan Mullen has all the credentials of a young rider on the brink of a big result, particularly against the clock in a grand tour. 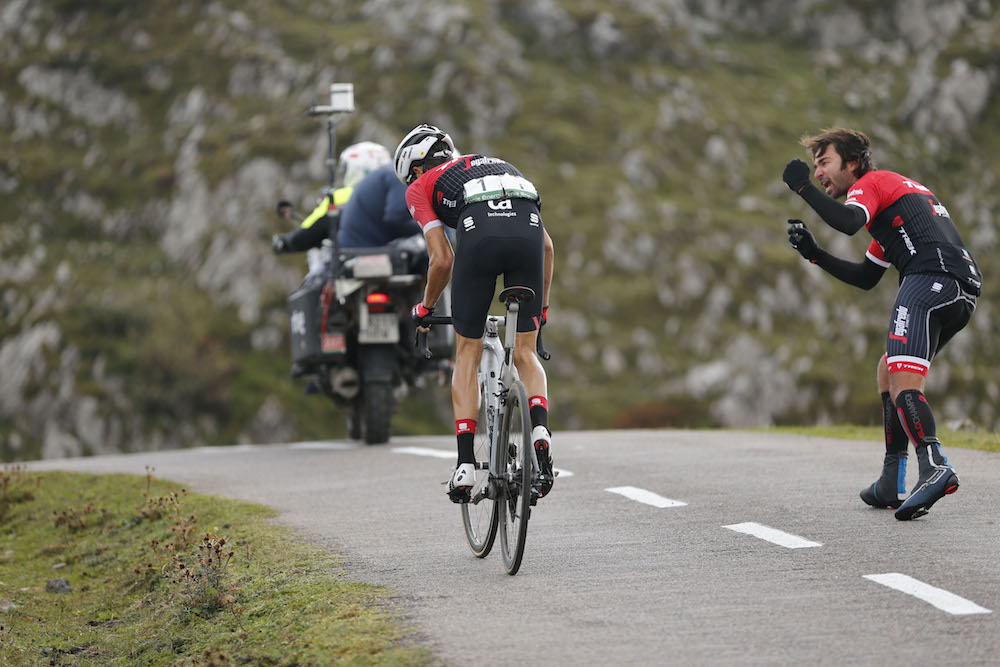 With sprinter Sacha Modolo leaving for Team EF Education First-Drapac presented by Cannondale, good luck to commentators with that one, there was a clear spot that needed filling. European road race champion Alexander Kristoff will no doubt boost the win count for the Emirati team in 2018. The arrival of Ardennes classics specialist and potential grand tour leader Dan Martin could prove to be a great signing.

Update: Fabio Aru has signed a three year contract with UAE Team Emiratesand will likely lead their GC ambitions in at least one of the three gand tours. 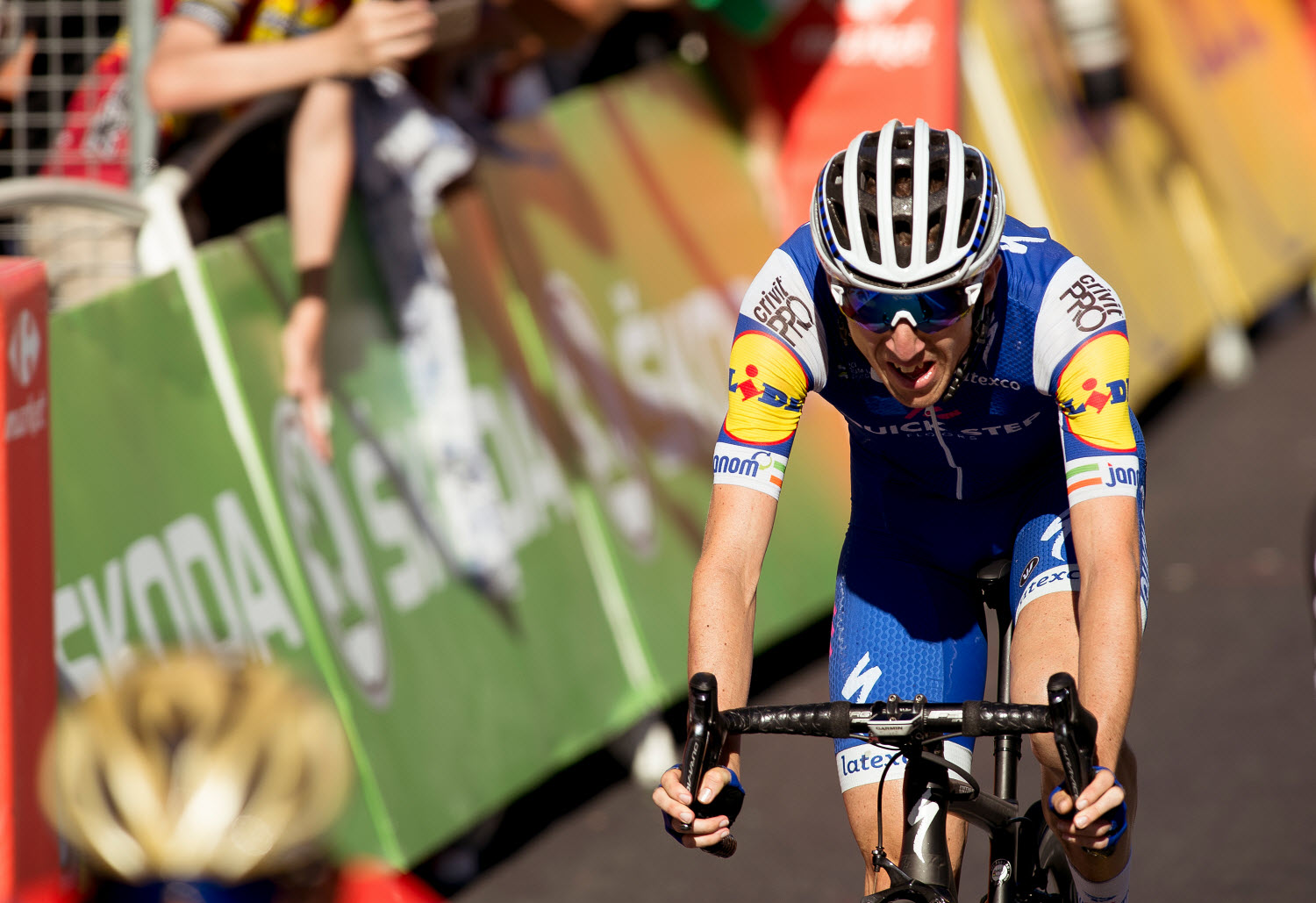 This post will be updated ahead of 2018 as transfer news develops.

When to change your bike tyres