Industry-leading cycling clothing brand, Santini, has yet another spectacular kit designed for the Bergamo stage of the Giro d’Italia. With designs created to represent three famous Giro climbs in Italy, each of the three jerseys from the Santini Giro d’Italia Bergamo Collection holds a story in celebration of the climb it represents.

The peloton arrives in Bergamo on Stage 15 after 199km from Valdengo. Lombardia (Bergamo) has its very own cycling Tour, the Il Lombardia, as well as being host to a stage of the Giro d’Italia so needless to say the jerseys are representative of the heart of road cycling. As a UNESCO World Heritage Site, Bergamo has been described as a masterpiece of history, culture, music and landscape (visitbergamo.net). In cycling, the region is known for its challenging climbs of which the three jerseys from the Santini Bergamo Collection represent.

The jerseys are designed as Rider Jerseys with a body kit sleeve and Karma short similar to the Lombardy kit and the Giro d’Italia Stage Jerseys.  Each jersey has its own unique design to celebrate a dedicated mountain, with each one with a climbing graph measured in metres designed on the side panel, which truly celebrates the climbing origin of the jerseys. To complete the kit, each jersey has matching bib-shorts. The Gallo and Berbenno shorts use the new Navy Blue Thunderbike fabric – Nautica – which mixes the current colour trend for cycling shorts with quality performance fabric.

The Gallo Jersey represents the Tour-famous Colle del Gallo which has been raced in several Giro d’Italia tours – one most memorable being in 1976 when Eddy Merckx was the first to the top. The Colle de Gallo is a mountain pass that connects the Seriana Valley and Val Cavallina in the province of Bergamo. The climb stands at 736m and when riding from Albino in the west, is 10.5km to the top with the steepest section at a 9% gradient. 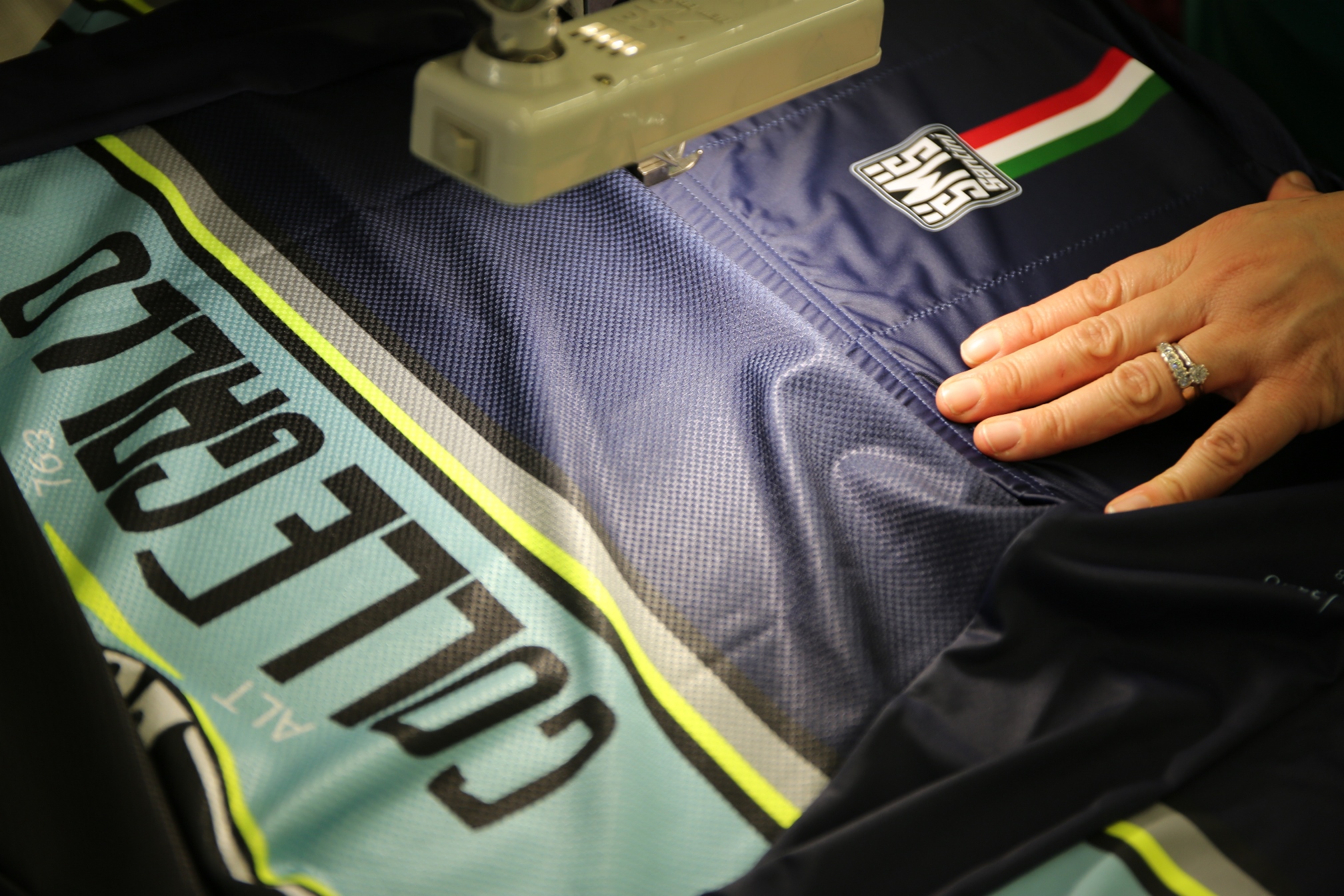 The iconic ‘Madonna dei Ciclisti’ (Lady of the Snow) greets cyclists at the top of the hill in the Sanctuary of the Colle de Gallo. It’s where religion meets cycling. The greatest cyclists in the world have ridden and often stopped at this point of the climb, the last being in the 2009 Giro d’Italia. The monument is devoted to Our Lady who appeared at the mountain pass in 1690 and cyclists interpret the Madonna to protect them as they face the challenge to climb to the summit. On the 5th August every year, there’s a small celebration of ‘Our Lady of the Snow’  highlighting the commitment of those who face great challenges.

Forcella di Berbenno sits tall in the Alps at a 343m climb when cycling 8km up the mountain from Ponte Giurino. Standing tall at 708m in a Natural Park, the Forcella di Berbenno has a tranquil setting. Berbenno is a comune located in Imagna Valley, giving it a stunning scenery. 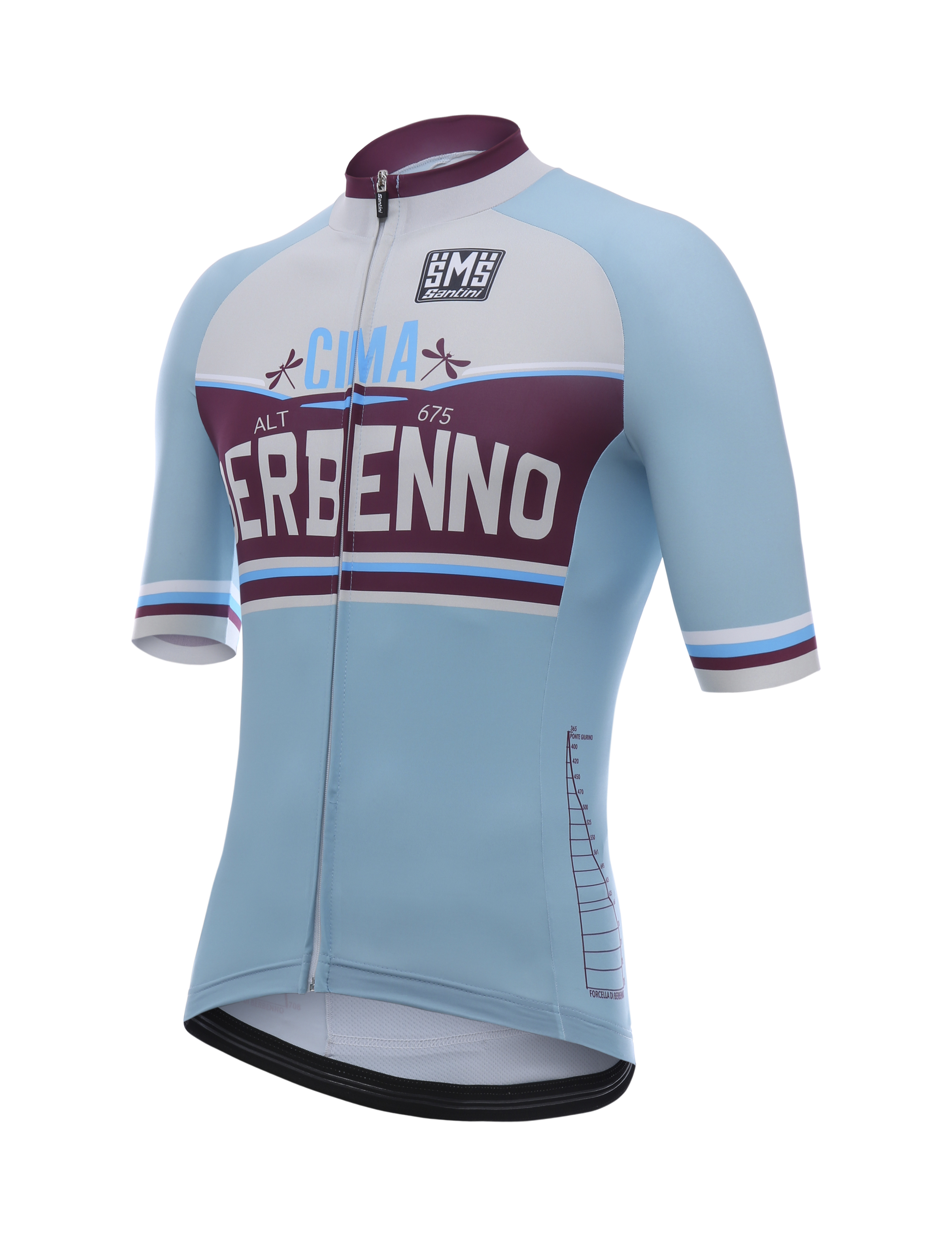 The jersey in Santini’s Bergamo Collection dedicated to the Berbenno climb has been designed with a Dragonfly across the chest as a symbol of the Natural Park of the Valley.

Antenna di Valcava is 18.4km in length with a 982m ascent to the top of the mountain. Belonging to the Alps, the Antenna di Valcava climb is surrounded by stunning scenery. The mountain resort, Valcava, has a history of winter sports as one of the very first ski resorts in Lombardy and the central Alps. It was active as a winter ski destination until the late seventies. 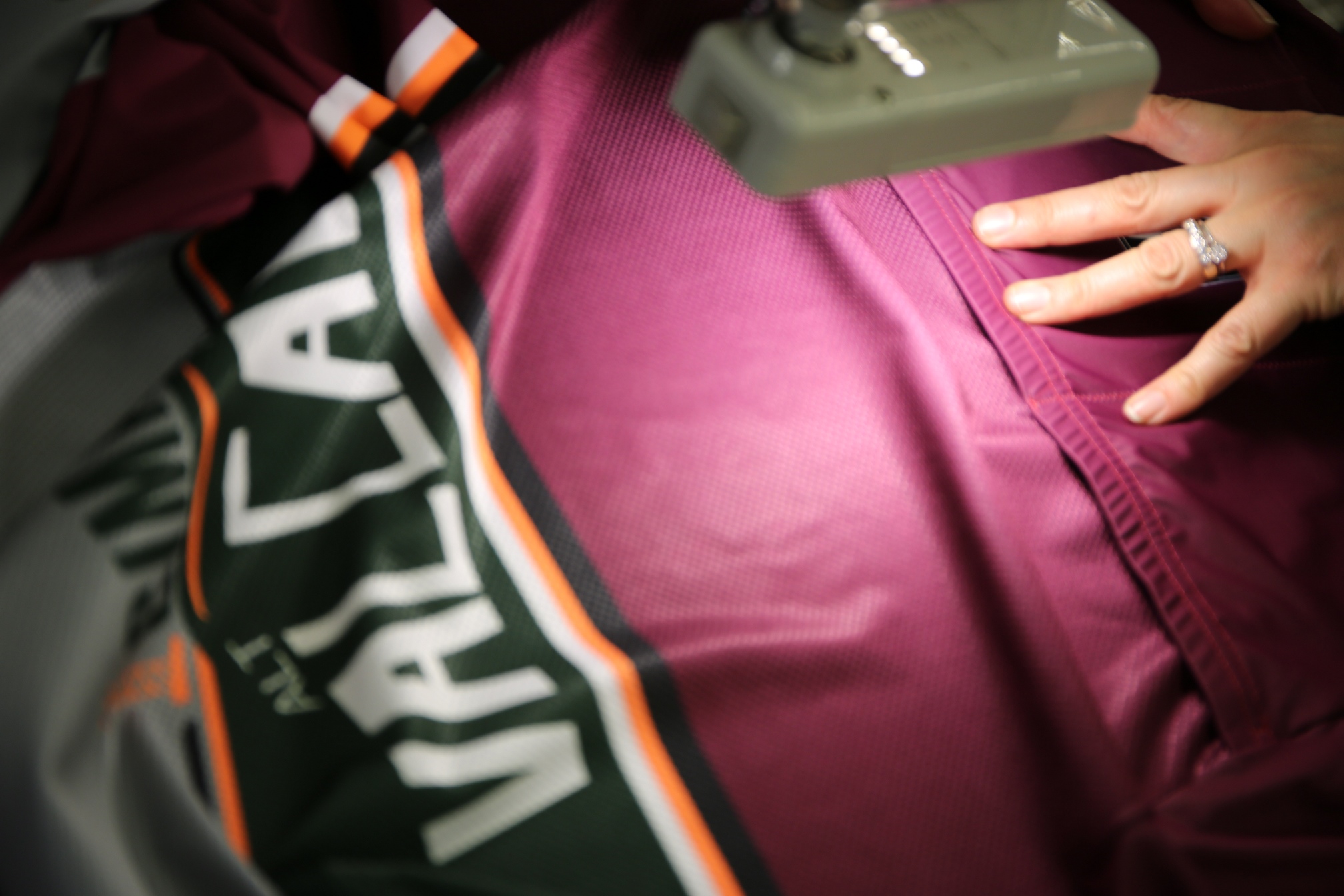 The jersey in Santini’s collection represents the climb to a T with its Radio Mast design inspired by one of many masts which sit at the top of the Valcava climb which is the site of the most important radio and television broadcasting centres in Italy.

You can purchase kit from the Santini Bergamo Collection from our Giro d’Italia offers page.

I'm a runner at heart but since shin splints became a big part of my life, I turned to cycling as a form of cross training. I love riding track and am a regular on the Manchester velodrome; on the road I ride a Trek Lexa and I call it Toby.

What Saddle Should I Buy?

How to Ride a Cycling Time Trial