Okay – there might be a little British bias here. However, in our defence, considering Cavendish is only the second British World Champion ever, and the first for over 40 years, his World Championship win should be still be regarded as a real highlight of the decade. In a certain sense, this win also helped to set the tone of British dominance in cycling over the following nine years. 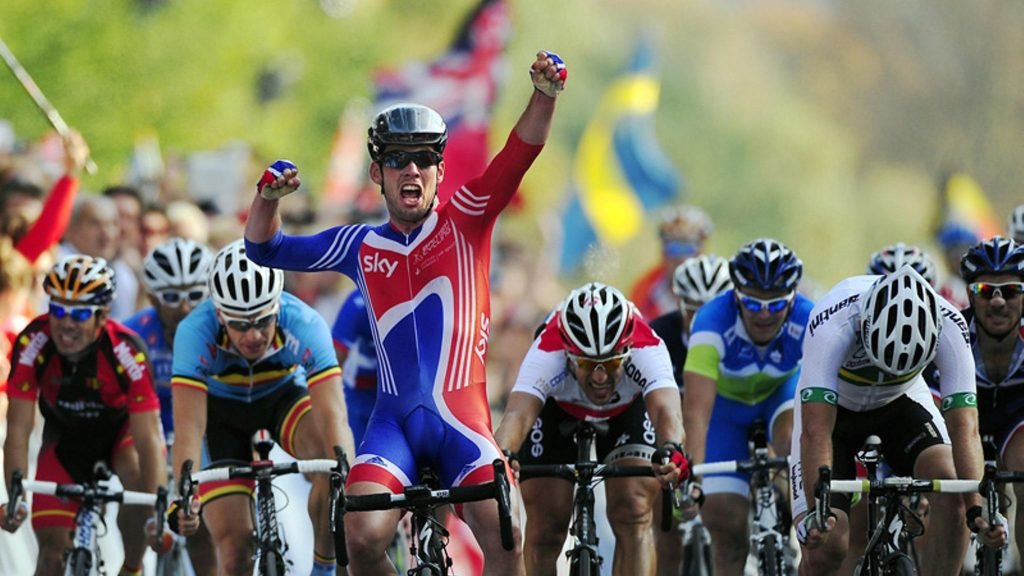 One of the most spectacular victories to grace our list, and for good reason. While Tom Boonen hadn’t had any significant wins since 2009, he had always been a threat on the cobbles and hit the spring of 2012 with incredible form, winning E3 Harelbeke, Gent Wevelgem and the Tour of Flanders emphatically. While the first half of Paris-Roubaix 2012 was fairly controlled, after Arenburg, the race began to break up and became much more unpredictable. 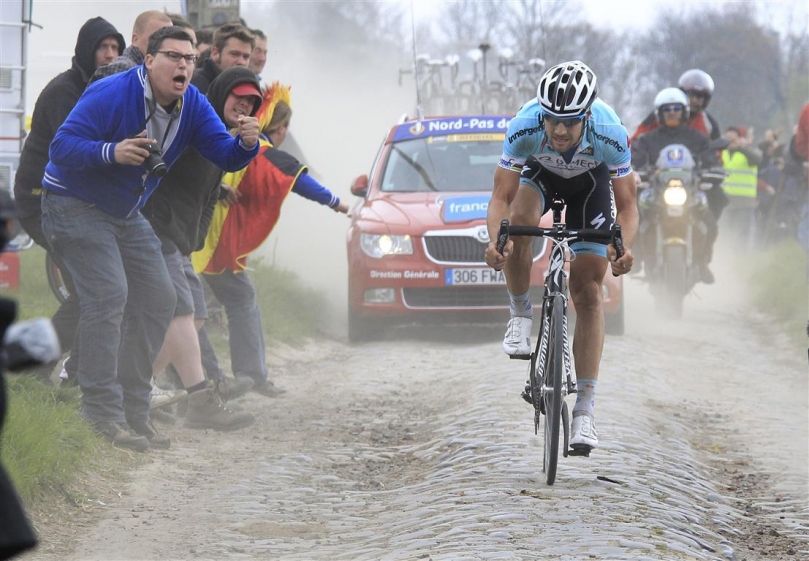 After launching a two-pronged attack with teammate Nicky Terpstra with 56 km to go, Boonen quickly realised he had the legs to go it alone. Going solo for the final 50 kilometres, he won by over a minute and a half and in doing so, he became one of only two riders in history to win the toughest one-day race on earth four times, and the first in history to win the Tour of Flanders & Paris Roubaix double twice.

Arguably the highlight of the decade for British cycling fans. Having won Paris-Nice and the Dauphine earlier during the season, Bradley Wiggins came into the 2012 Tour de France as the firm favourite. 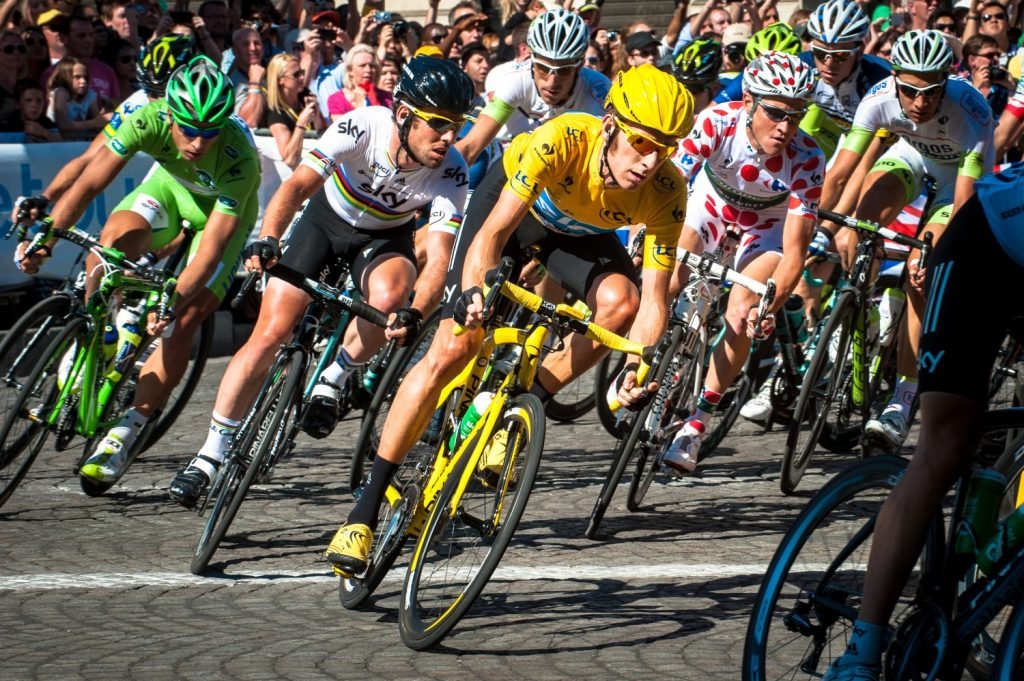 While admittedly, it didn’t get off to a great start – ceding yellow to Cancellara at the prologue, Wiggins took his grip on yellow by stage seven and held onto it until Paris, winning the two remaining time trials along the way. By doing so, Wiggins cemented himself in history as the first British rider to win the Tour de France.

The Downfall of Lance Armstrong – 2013

Of course, the downfall of Lance Armstrong, one of the most successful and widely influential professional cyclists ever for being a drug cheat (or the best drug cheat – depending on your point of view) wasn’t the best moment for cycling this decade, it was undoubtedly one of the most important. After being chased for years by journalists, former teammates and doping control, undeniable evidence was mounting and finally culminated in his infamous Oprah interview. 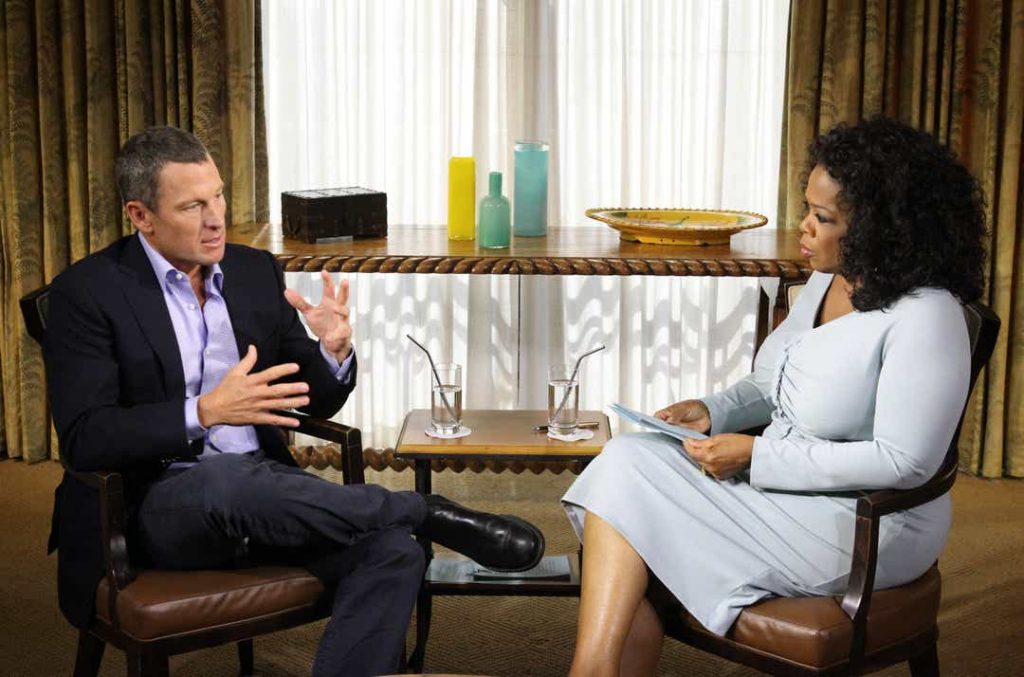 As a result, Armstrong was stripped of all 7 Tour de France victories and was handed a lifetime ban from all WADA-sanctioned sporting events. 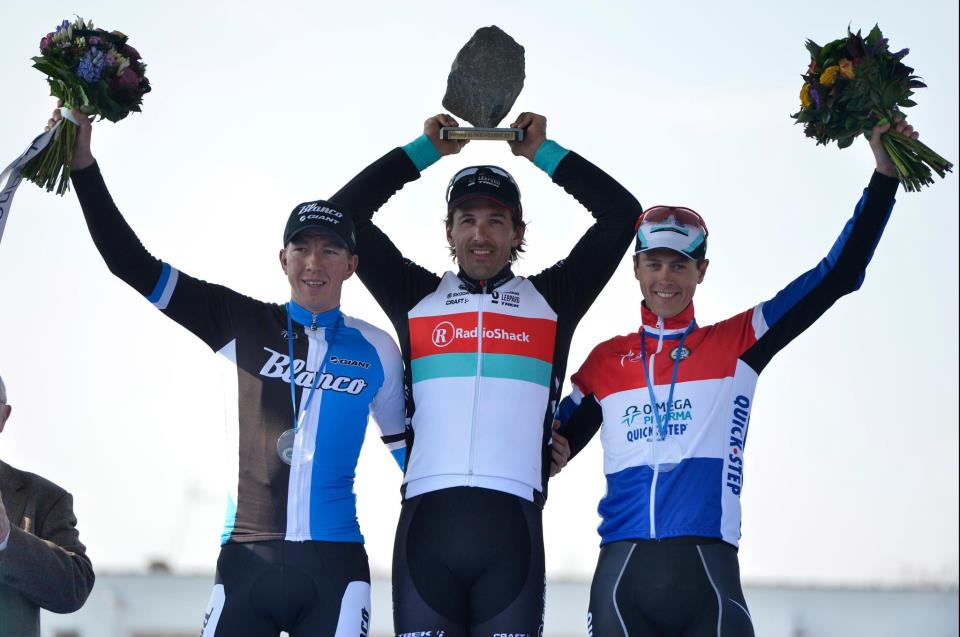 Clearly bothered by his close rival Tom Boonen, who in 2012 became the only man to win the Paris-Roubaix and the Tour of Flanders double twice, in 2013, only a year later, Fabian Cancellara became the second man in history to win the double-double.

Easily the defining moment of the 2016 Tour de France, and certainly the most surreal. 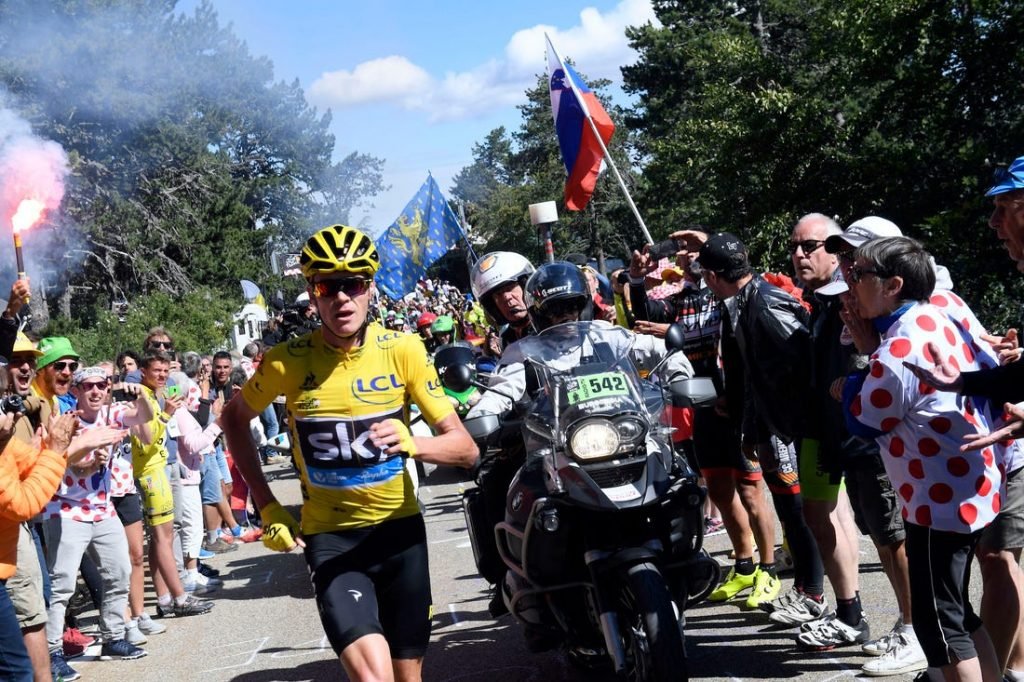 After crashing into the back of a motorbike and braking his bike with around 1 kilometre until the finish line, Froome made the split-second decision to run up Mont Ventoux to help save his time gap.

Having won four-time trials including the Swiss national championships in 2016, Cancellara wanted his career to finish on a high and targeted a final major win at the Olympic time trial in Rio. 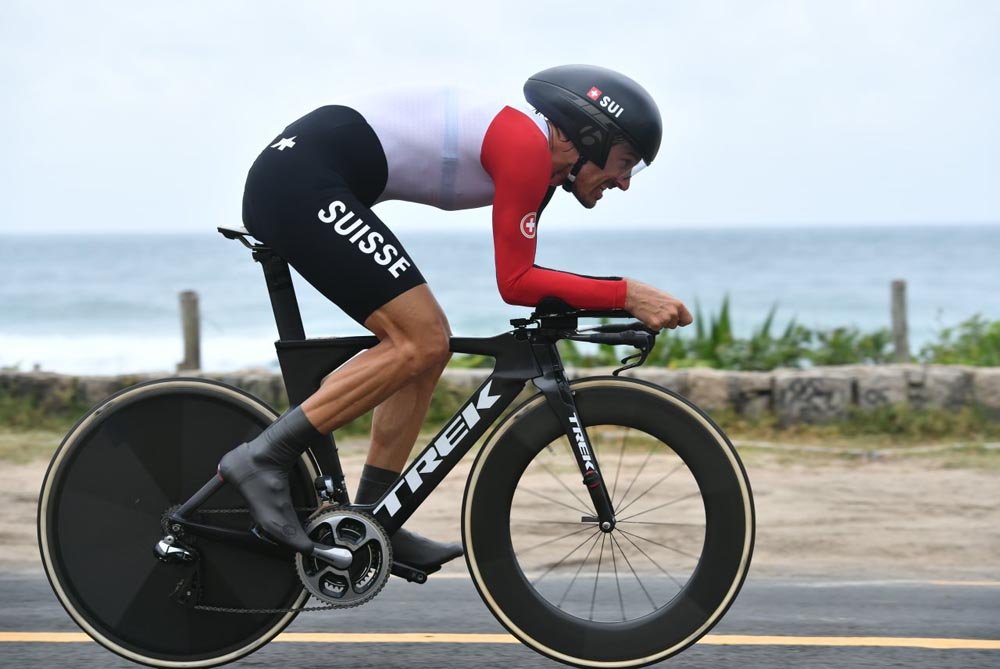 Despite Dumoulin coming into the event as the clear favourite, Cancellara bested him by almost a minute and became the two-time Olympic time trial champion.

Arguably the rider of the decade – Peter Sagan’s string of World Championship victories demonstrated his capabilities as a rider – from the rolling course in Richmond in 2015, to the desert flats of Doha in 2016 and the unpredictable Norwegian course of 2017. 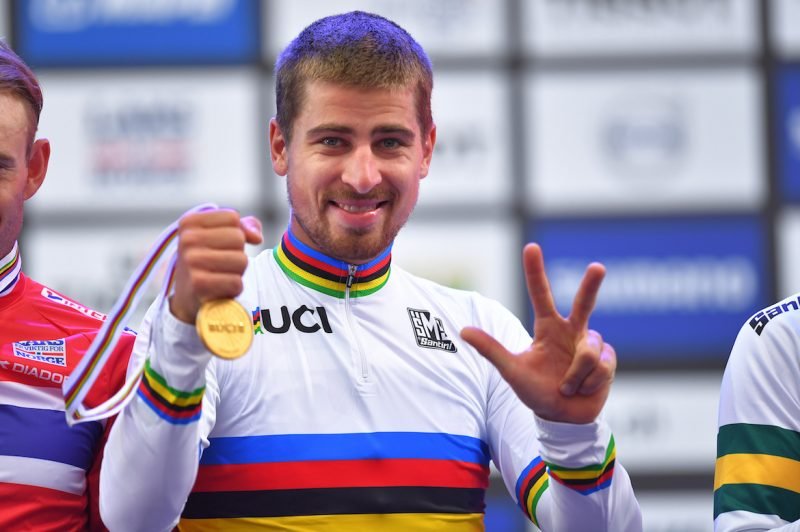 With four Tour De France victories, two Vuelta A Espana wins and a Giro D’Italia under his belt, there have been a host of incredible moments for Chris Froome during this decade, but stage 19 of the 2018 Giro D’Italia was, without doubt, his finest. Being over three minutes down on GC, Chris Froome’s Giro hopes looked well and truly crushed. Or so we thought. 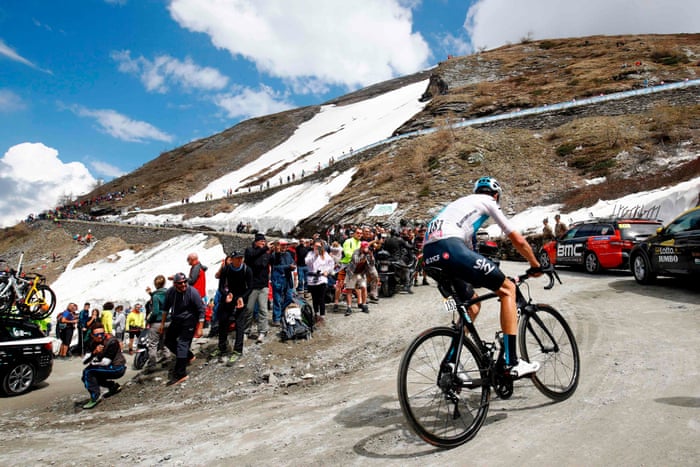 With 90 kilometres to go on the slopes of the Colle Delle Finestre, Froome launched a devastating solo attack to take the Maglia Rosa with two days left on the race schedule, proving enough to secure the win in Rome.

By far the most memorable win of the 2019 Spring Classics, if not, 2019. With 3 kilometres to go and 40 seconds away from the lead group of Julian Alaphillipe and Jakob Fuglsang, Van Der Poel single-handedly led a group of around 16-riders to bridge a gap and sprint for the win at the finish. 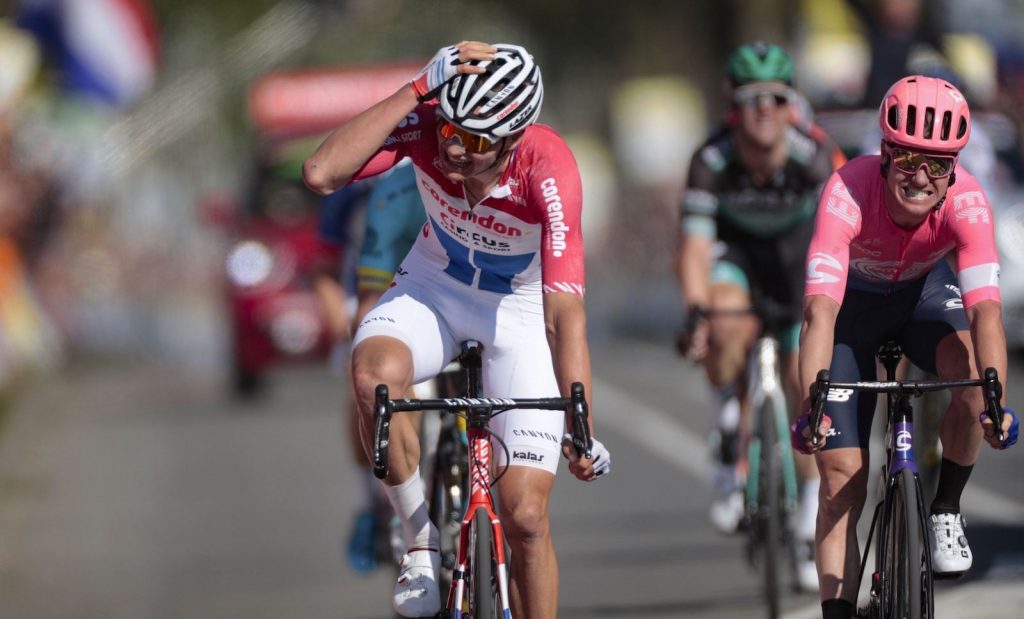 While Van Der Poel was a well-known and incredibly talented cyclocross rider and mountain biker, he was relatively unknown on the road until 2019. However, his Amstel Gold win, combined with a solid performance at the Tour of Flanders and the overall win at the Tour of Britain placed him firmly on the map and one of the most promising young riders to watch over the next decade.

The rise and dominance of Team Sky

Team Sky dominated professional cycling throughout this decade and will be remembered with the likes of Molteni, Renault-Elf and Mapei as the most formidable cycling team of their era. From fairly unremarkable beginnings in 2009, Sky had the initial ambition to have a British Tour de France winner in 5-years, a goal they met in just 2 with Bradley Wiggins. 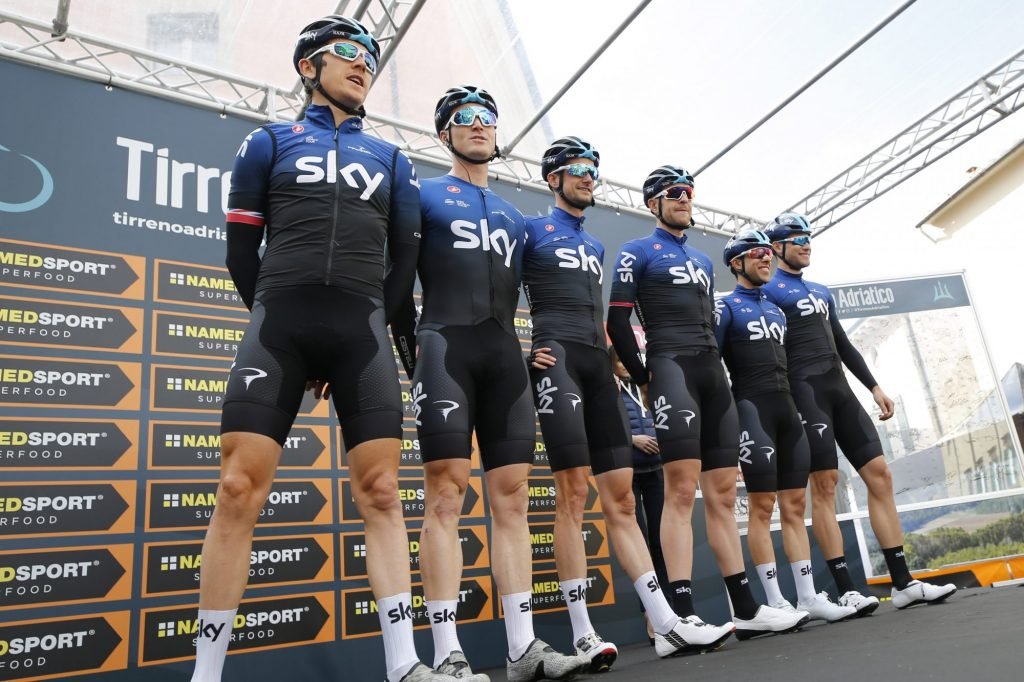 10-years later, not only have they produced three British Tour De France winners, but also the youngest Tour winner in the post-war era too. Fuelled by their philosophy of marginal gains and a win-at-all-costs mentality, Team Sky has undoubtedly left a lasting impression on the sport of cycling.

Possibly the best Tour of the decade, and one which we thought brought out the best of the professional peloton. With Chris Froome absent due to injury, the 2019 Tour was wide open for a wild card winner – and boy, did we almost get one. 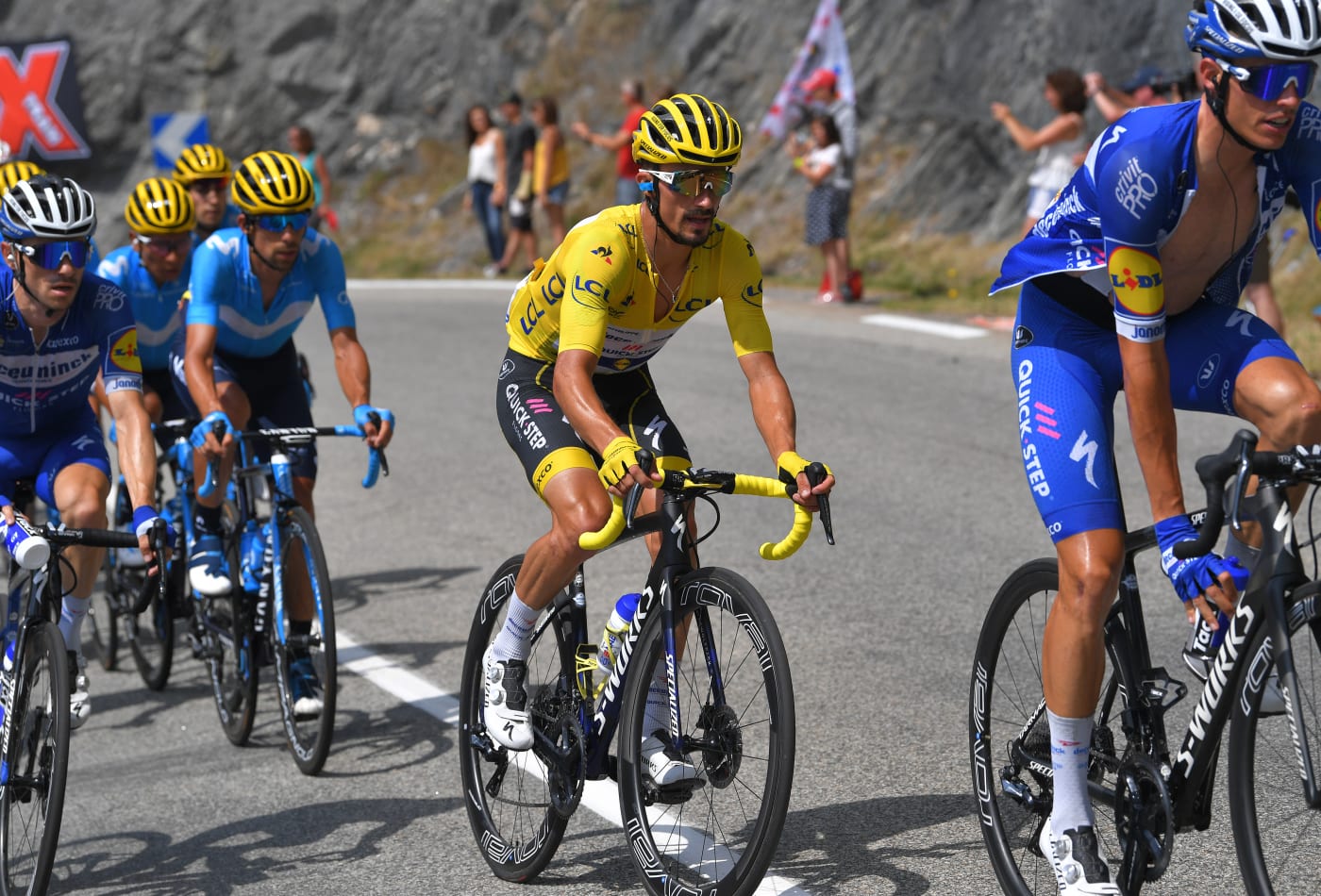 Julian Alaphillpe took hold of the Maillot Jaune on the third stage and, bar a brief stint in yellow for Giulio Ciccone, managed to maintain the lead until he tragically lost it to Egan Bernal on stage 19. If Alaphilipe had ridden into Paris in yellow, he would have been the first Frenchman in over 35 years to win the Tour. But alas, it wasn’t meant to be. Instead, Egan Bernal became the first Columbian ever to win the Tour de France and the youngest winner in over 100 years at the tender age of just 22. But the French didn’t come away with nothing – Romain Bardet snatched the Polka Dot jersey to win his first Grand Tour jersey.

While Sagan stayed firmly in Green from start to finish, he wasn’t the stand out sprinter of the race. That honour, in our opinion, goes to Caleb Ewan who started the Tour as a newbie and finished as the winner of three stages including a final win under the Arc de Triomphe. 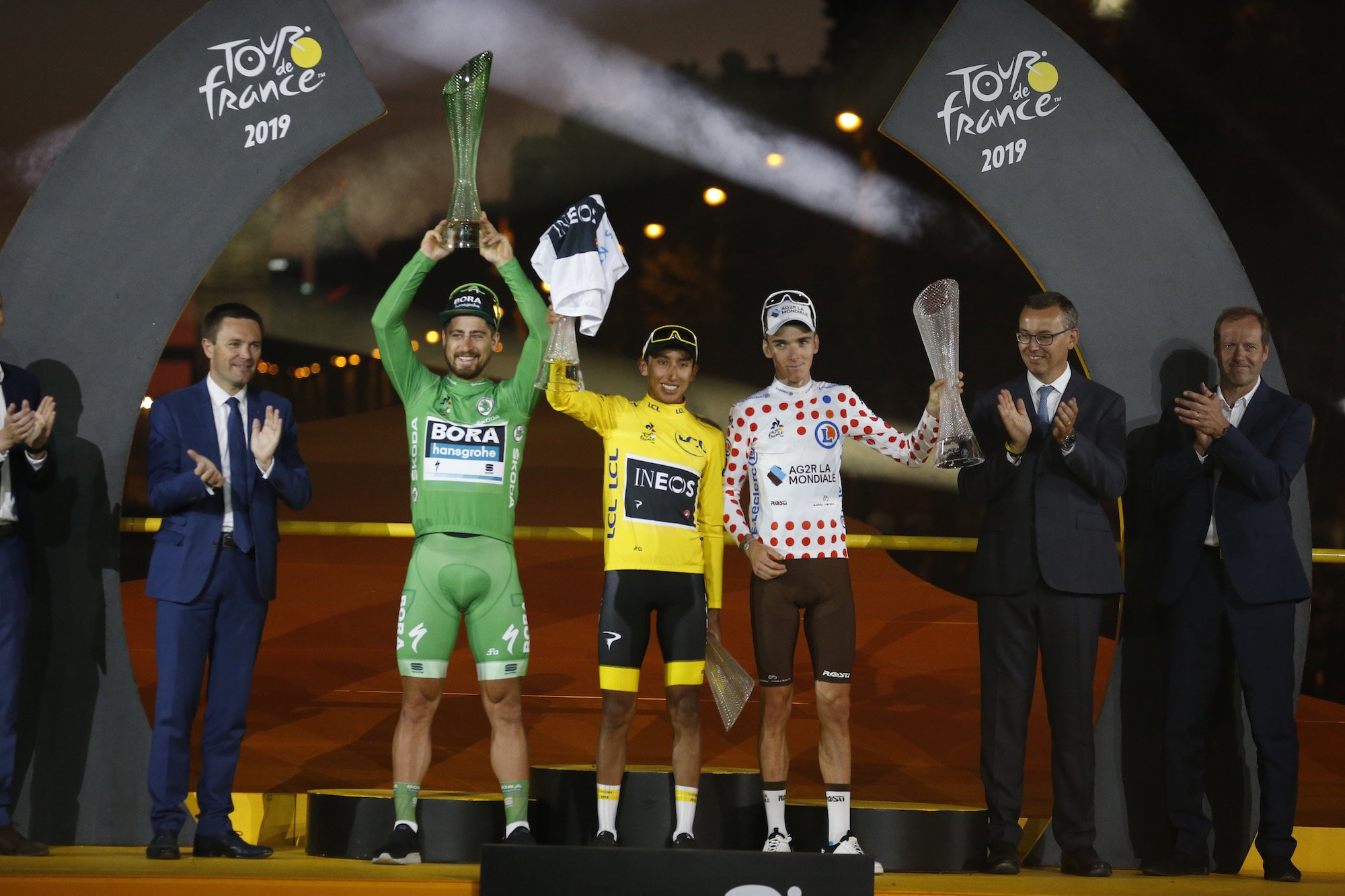 A Selection of Cycling Santa Snaps from #YourRide

Bring on the Belgian Madness: Omloop and Kuurne-Brussel-Kuurne

Bicycle Highways On The Way.