With Omloop Het Nieuwsblad, the first northern classic of the year taking place this weekend, and the opening monument of the season, Milan-San Remo only a few weeks away, we’re struggling to contain our excitement. 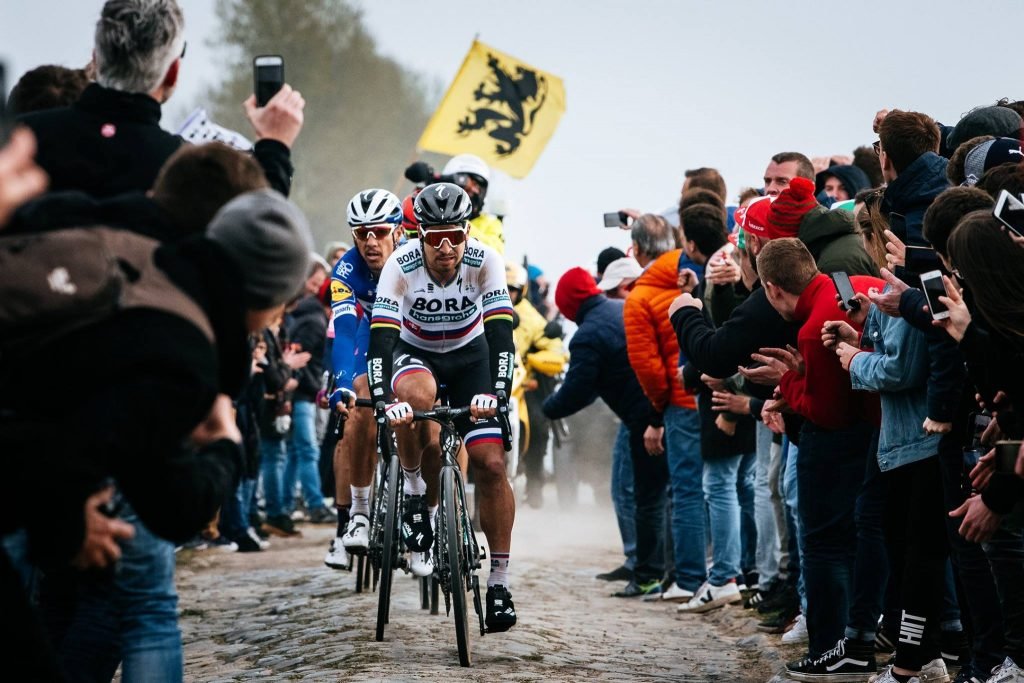 So, to help keep us from clock-watching, we’ve taken a look at the most exciting upcoming classics, and some of the key riders you need to watch out for.

The first classic of the season. Unsurprisingly plagued by wind, rain and, sometimes, snow, Omloop Het Nieuwsblad is only raced by the toughest in the professional peloton, looking to test their legs on the rough stuff before the bigger races.

Last year Zdeněk Štybar took the win at Omloop, but we’re expecting Belgian riders like Greg Van Avermaet and Sep Vanmarcke to have a strong showing as well.

Despite having the shortest history of any race on our list, Strade Bianche is quickly becoming one of most hotly anticipated races of the season. Informally known as the ‘southern-most’ northern classic, Strade combines climbs of Flanders, rough surfaces of Paris-Roubaix and beautiful Italian scenery. With a third of the race riding over white Tuscan roads, Strade Bianche makes for outstandingly picturesque viewing and incredibly exciting racing. 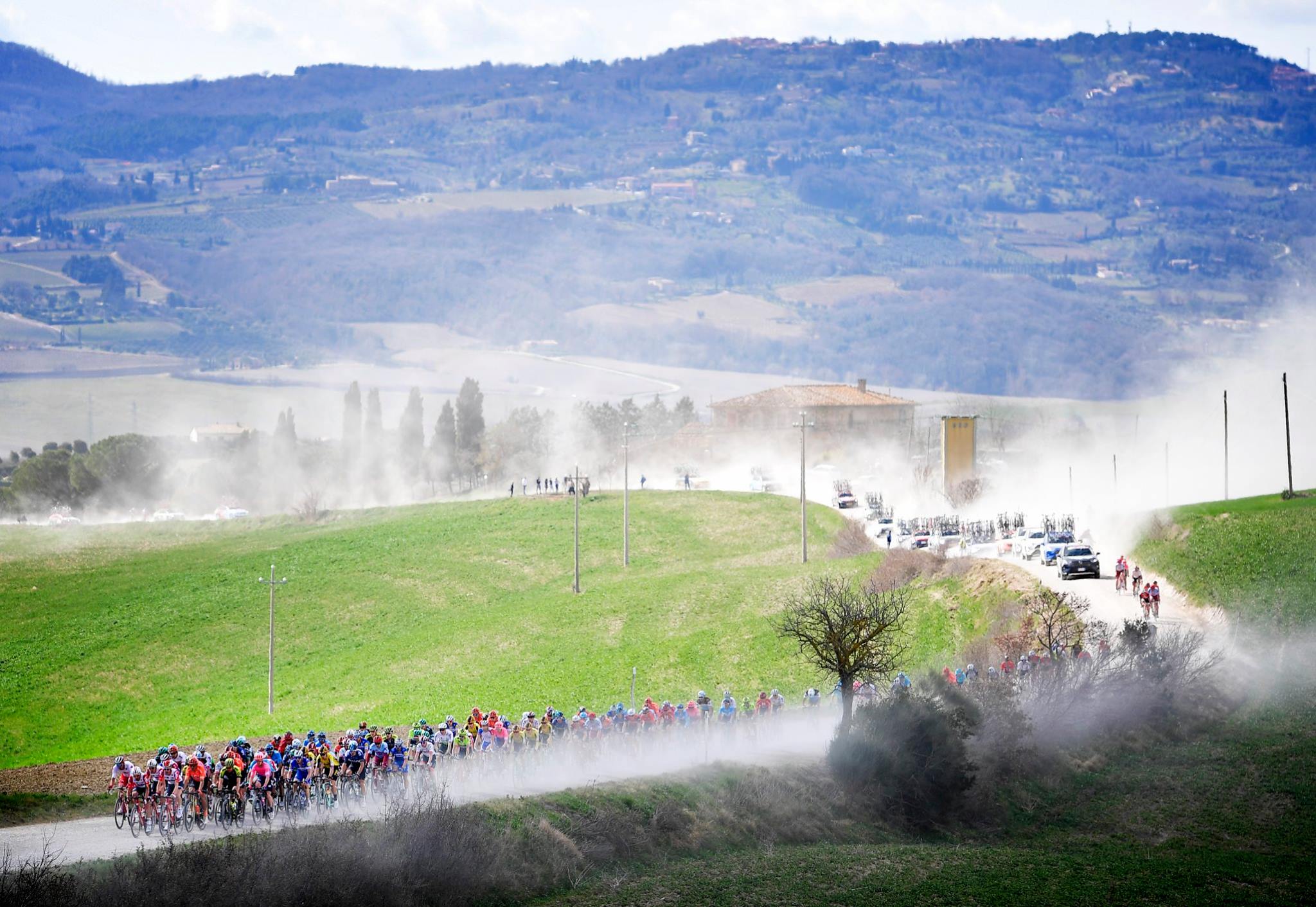 Because of the combination of rolling terrain and rough surfaces, the riding characteristics of Strade Bianche winners aren’t hard and fast. Just take a look at the list of winners – which include both traditional classics specialists like Fabian Cancellara and lighter stage-race contenders like Julian Alaphilippe. We’ll be keeping a keen eye on Mathieu Van Der Poel, as the Strade Bianche will mark the beginning of his (much larger) 2020 classics campaign, after a successful 2019 road season.

We’re just hoping it’s a little drier than the 2018 edition.

ProBikeKit travelled to Italy to watch the 13th edition of the Strade Bianche, following the riders as they raced across Tuscany's dirt roads and rolling hills, to the finish in Siena.

As usual, Milan-San Remo is the first monument of the season. With a route of almost 300 kilometres, it’s the longest one-day race on the professional calendar, and always a difficult test of speed endurance. 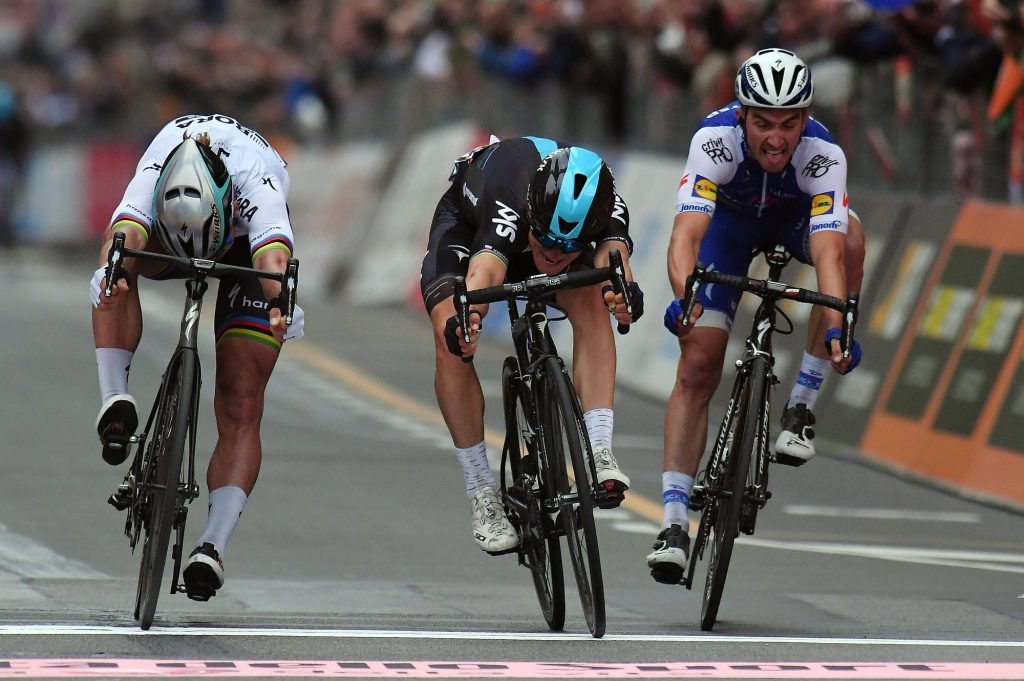 Although a significant climb rests in the middle of the course, the Passo del Turchino, which rises to 591 metres, it’s too far from the finish to prove decisive. Instead, the Poggio which climbs to a more modest 160 metres, just a few kilometres from the finish acts as a much more pivotal point in the race, and usually results in several critical favourites dropping off the bunch.

After this, the flat finish beckons a hard-fought sprint to the line from punchy riders like Julian Alaphilippe, Caleb Ewan and Michał Kwiatkowski.

Defined by very short but very sharp climbs, E3 BinckBank Classic is an out and back race from the town of Harelbeke in the Flemish Ardennes. Although a decade-ago you count on Tom Boonen or Fabian Cancellara taking the win at E3, these days, the race is a little more unpredictable.

Despite being known as one of the foremost northern classics, Ghent-Wevelgem rides across uncharacteristically smooth roads – making it a stark contrast from other races which roll over some of the roughest cobbles imaginable. Acting as the centrepiece for the race, the Kemmelberg sits within 40 kilometres from the finish and boasts gradients of 23%, providing the perfect opportunity for breakaways to form. 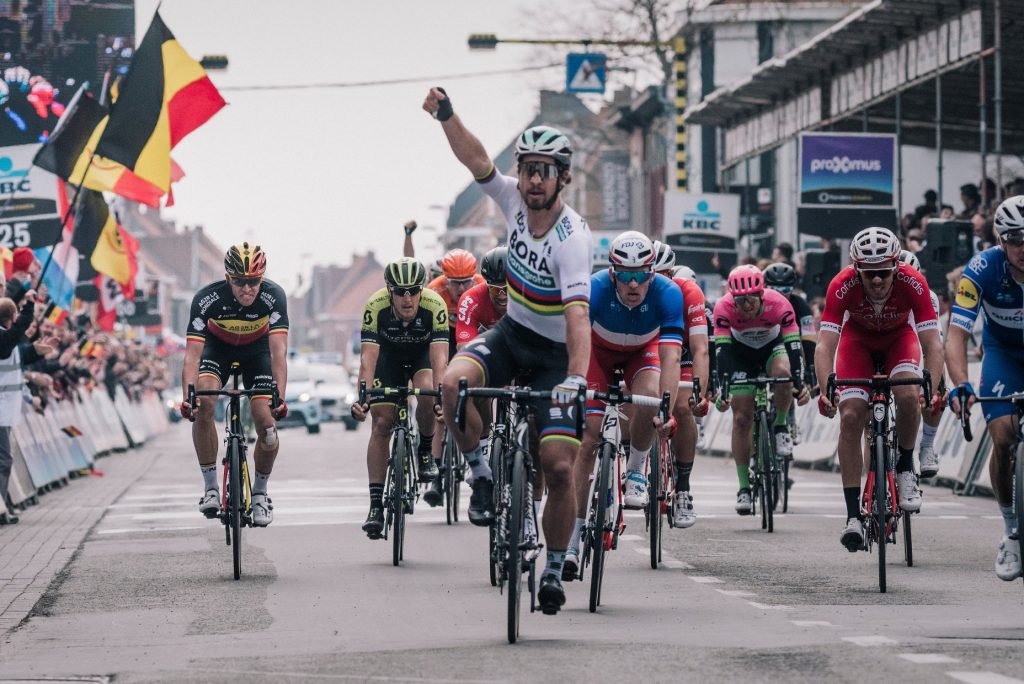 With smooth roads and comparatively flat terrain, Ghent-Wevelgem is usually won by sprinters like Peter Sagan, John Degenkolb or, more recently, Alexander Kristoff. However, any rider with a strong sprint finish, who has the legs on the day has the potential to take the win.

The Tour of Flanders is one of the most prestigious races of the season, taking place exactly one week before Paris-Roubaix. Defined by particularly narrow cobbled streets and steep climbs, De Ronde favours an aggressive, attacking style of riding and promises excitement from start to finish. 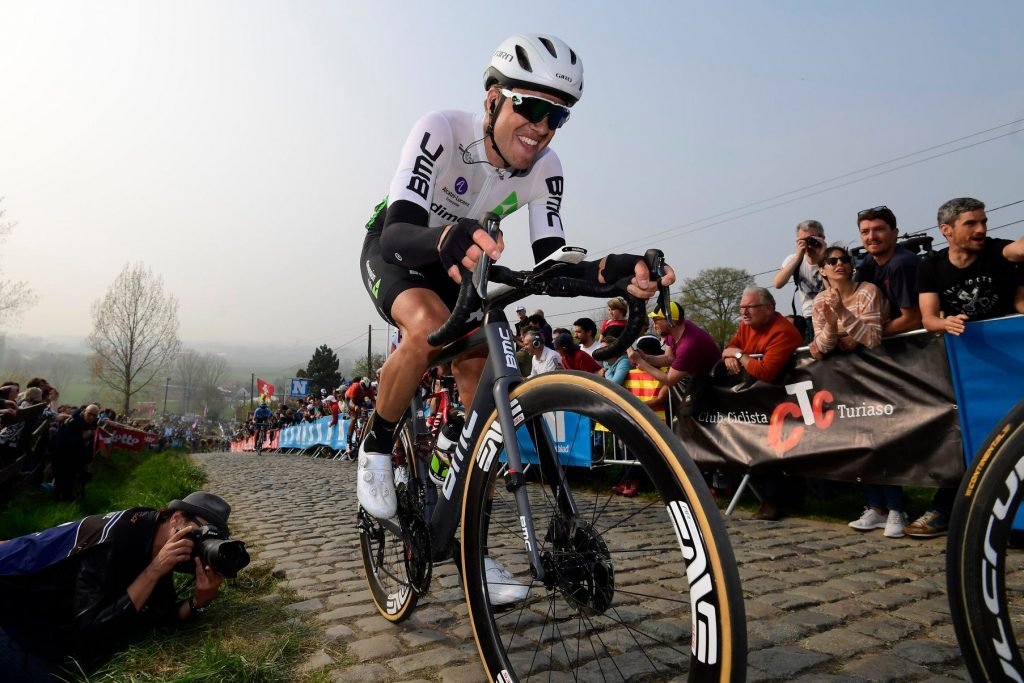 Because the race is traditionally plagued by poor conditions and bad luck, predicting a winner can be incredibly tough. Take last years’ winner for instance – before 2019, Alberto Bettiol had never finished on the podium at any significant spring classic.

Famous for the unforgiving cobblestones, Paris-Roubaix is lauded as the hardest, most brutal one-day race on the professional calendar. Indeed, a win at Paris-Roubaix is a career highlight for any rider. After all, it didn’t get the nickname ‘Hell in the North’ for nothing. 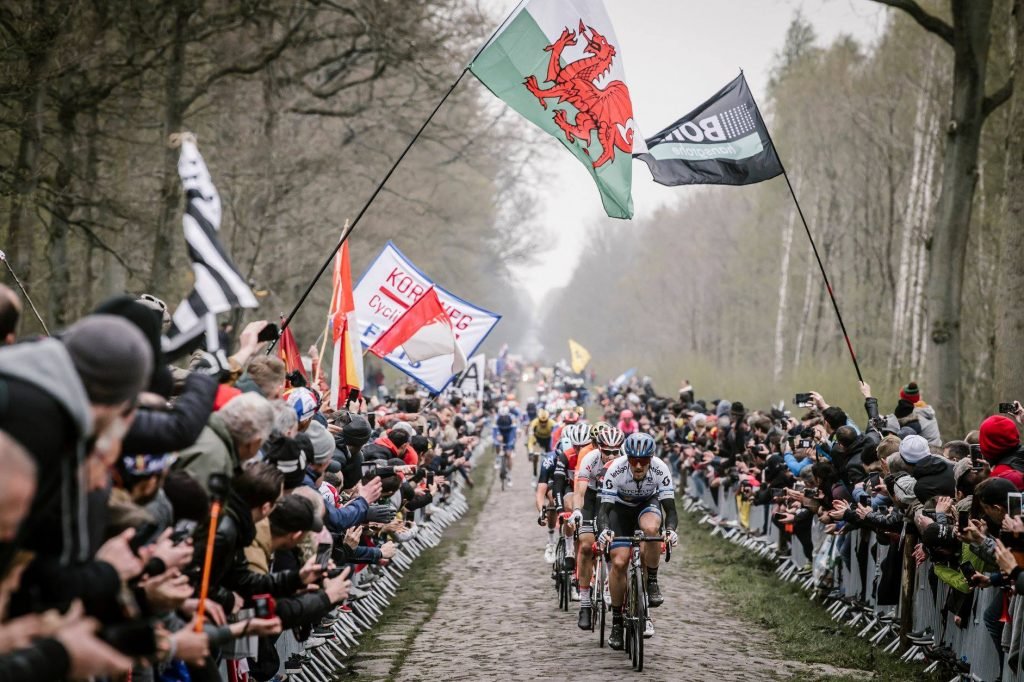 Again, like the Tour of Flanders, riders at Paris Roubaix are often riddled with mechanical issues and suffer through deplorable conditions, making predictions tricky. However, we’ll be keeping a keen eye on Zdeněk Štybar, Peter Sagan and Sep Vanmarke who’ve performed very well at the race over the last few years, as well as Mathieu Van Der Poel who’ll be making his race debut.

With the weather starting to get a little better, the Ardennes classics begin. Starting with Amstel Gold which usually favours more well-rounded riders rather than all-out classics-hardmen, it suits a variety of riders and styles. 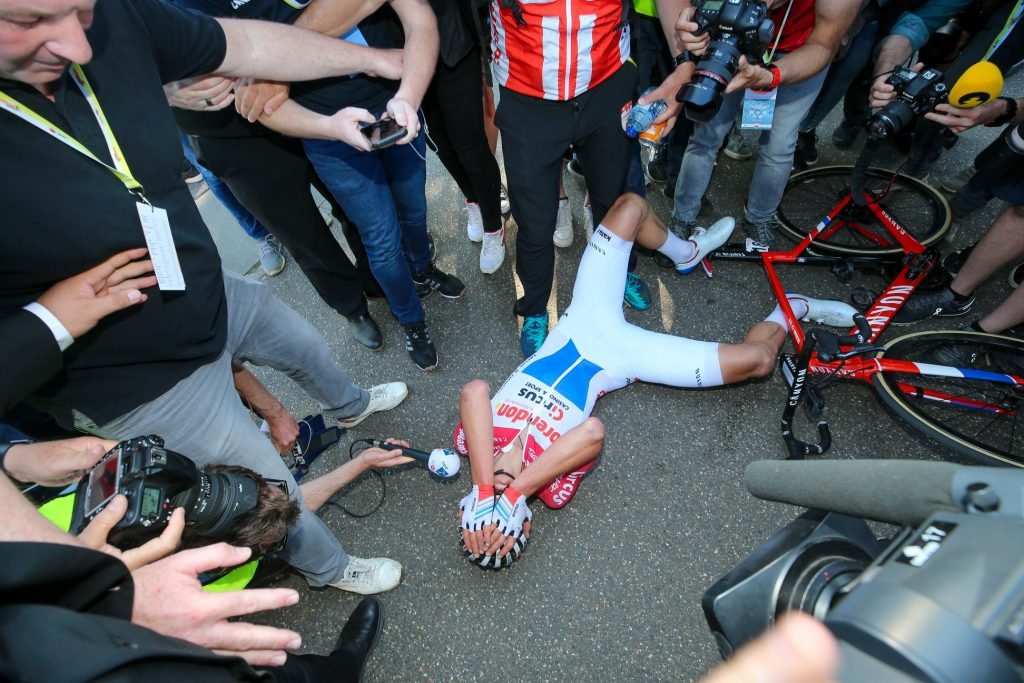 While the route alters slightly each year, the course is always relatively rolling. As a result, Amstel Gold tends to favour puncheurs. We’ll be watching Mathieu Van Der Poel who took a spectacular win in 2019, four-time winner Philippe Gilbert and powerful all-rounders like Michael Valgren.

Established over 125 years ago, Liege-Bastogne-Liege is steeped in history. Littered with a series of short sharp climbs across 260km, it’s traditionally known as a war of attrition, playing host to aggressive riding, attacks and counters. Again, like most spring classics, Liege-Bastogne-Liege is known for hosting unpredictably horrendous weather which can play a part in the eventual outcome. 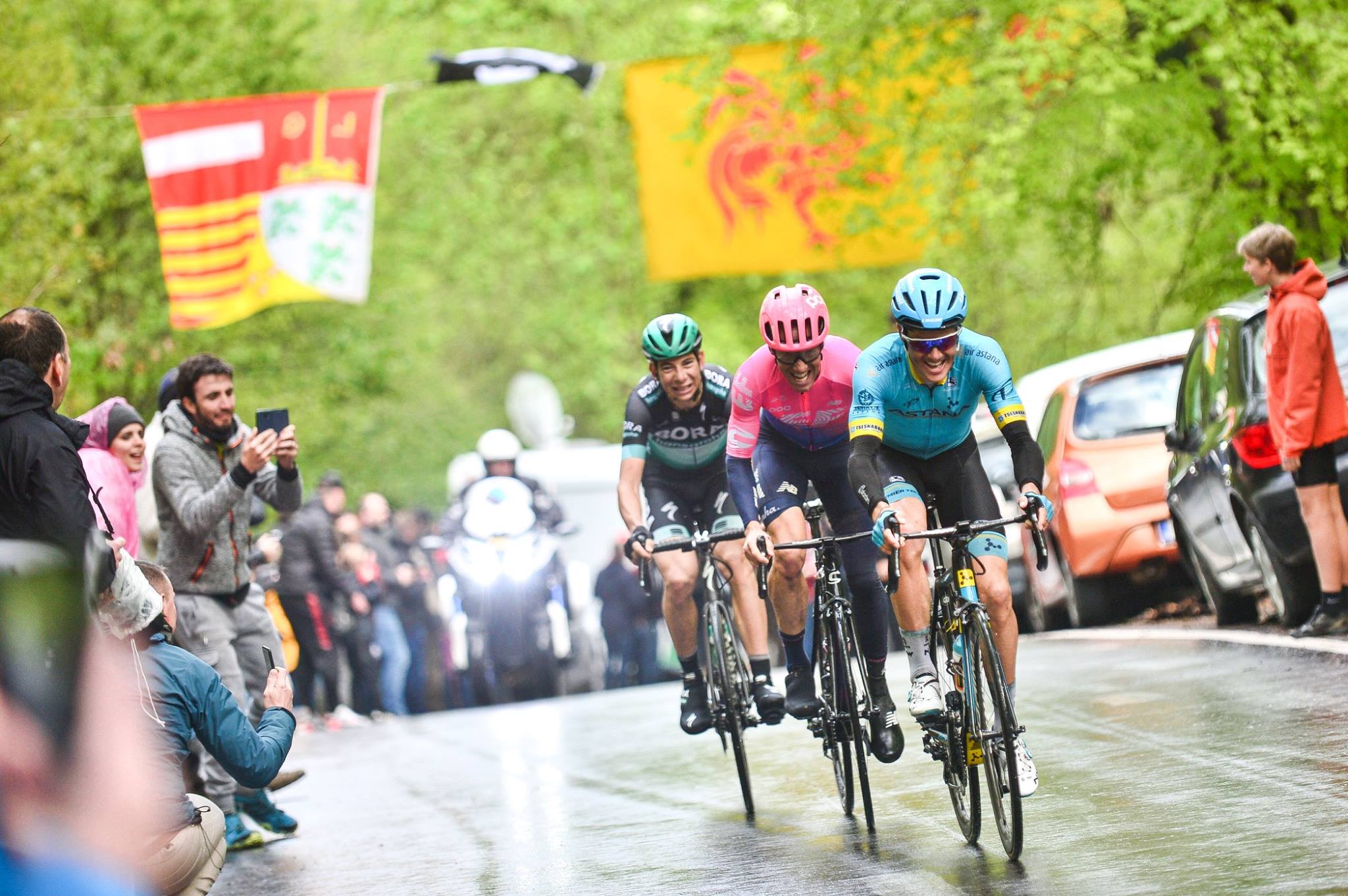 Although historically, more experienced climbers like Dan Martin and Alejandro Valverde have tended to perform best, 2019 marked a return to a flatter finish in Liege city centre. As such, it’s important not to discount punchy riders like Alaphilippe and Gilbert.

Taking place just a week before the start of the Giro D’Italia, Eschborn-Frankfurt is one of the latest semi-classics on the professional calendar. With a route that rolls through the Taurus hills of western Germany, and containing climbs like the Feldberg and Billtalhohe, it’s suited to aggressive uphill attacks and hair-raising descending. Unfortunately, because of its position right before the Giro, Eschborn-Frankfurt has a habit of getting overlooked – however, in our opinion, it’s certainly not a World Tour race to be missed. Then again, there aren’t many WorldTour races that are.

How To Get More Power From Your Legs

All about Massi Bicycle Accessories and Components

How Often Should I Train: By Olympic Medalist Bryan Steel